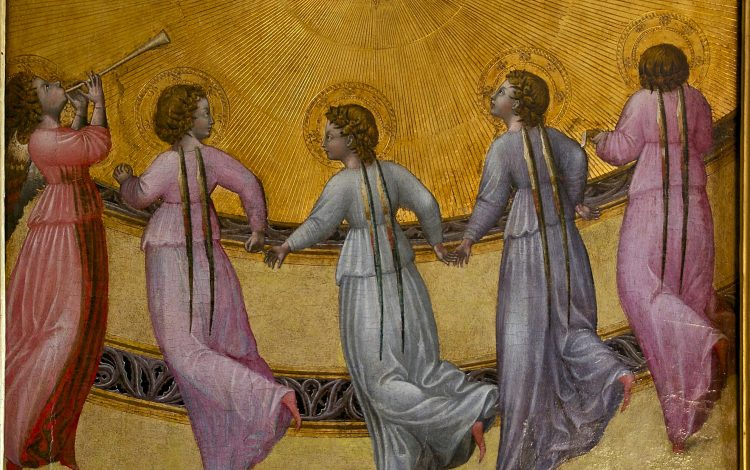 Peter Stanford, author of a new book about angels, asks the ultimate question about them

In my daughter’s Catholic primary, the plum parts for all aspiring 5-year-olds were Mary and Joseph, but she was always a bit too boisterous to sit on a heap of straw in a nylon veil cradling a toy doll while parents and grandparents billed and cooed. Instead, she got to be one of the angels and was pretty pleased by the casting at the time, and now as a 21-year-old theology student is sticking by that verdict.

Angels, you see, are very much in fashion at the moment. Not just the Christmas moment. Or the Covid crisis moment, when all of us can see all too clearly the appeal of a guardian to watch over us. But the twenty first century moment, even though orthodoxy in the West insists this is a secular, sceptical and scientific age.

One in three people in this country, they tell pollsters regularly, believe in guardian angels, and one in ten say they have seen an angel. That 33 per cent figure is particularly curious since the same surveys show only 25 per cent of us confess to being ‘fairly’ or ‘strongly’ religious. In other words, more people believe in angels than do in God.

The heavenly hierarchy is being quietly overturned. Where angels like Gabriel, when he came to tell Mary she was with child, traditionally were the messengers of God (the word ‘angel’ comes from the Hebrew for messenger), today they are for many the message. They’ve taken wing from the stained glass windows of our churches and are working from home in our homes as freelancers.

How has this come about? Well, as the Bible repeatedly makes plain in both its sections, angels tend to loom large in times of trouble. The first cherub is the one at the start of Genesis, clutching a sword to stop Adam and Eve getting back into Eden after they upset the applecart. And it is an angel who manages to spring Saint Peter, the first pope, from prison in the Acts of the Apostles. And these are certainly, on all sorts of levels that I don’t need to labour, times of trouble.

Of course, the other safe harbour when life’s sea is choppy has been institutional religion, but in the past 100 years it has rather lost its appeal, not least in recent years because of its refusal to treat women as equals, or priests who abuse children as criminals. Angels, by contrast, carry no such negative baggage, but rather make a too-good-to-be-true promise - unconditional love, quiet vigilance, and never a word of rebuke if we miss mass, sleep with the wrong person, or do the wrong thing.

That finely calibrated offer – seen not only in Christianity but also in the angels in Islam - is then topped and made irresistible by the way in which angels represent, in a way that nothing else does, the ladder between this world and the next that is for so many our deepest yearning. They are simultaneously visible and invisible, and so can put us in touch with the transcendent dimension that scientists dismiss but which, at some point in our lives if we are open enough to see it, offers another dimension to human existence. What’s not to like?

Peter Stanford’s Angels: A History is out this month in paperback from Hodder at £10.99