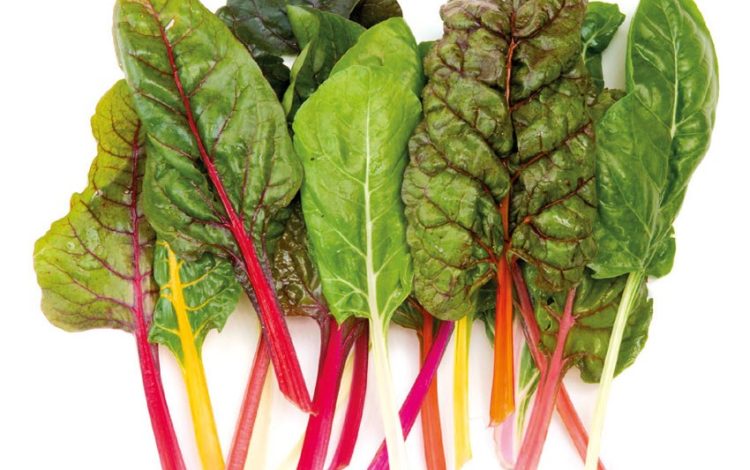 We can grow a rainbow, says David Wheeler

The ne’er-do-wells are locked up. The rest of us (I write at the beginning of April) are locked down. It’s eerie.

Birdsong dominates the garden soundtrack, further animated by the roar of occasional tractors along the lane, toing and froing in farmyard and field – the nation must eat. Aircraft are absent and with them their contrails – ‘sky litter’, according to the late Roger Deakin.

Yes, we must eat, but it isn’t quite Dig for Victory here at Bryan’s Ground on the Herefordshire/Radnorshire border. I’m reluctant – so far – to trash long-established shrub and flower beds for the sake of vegetable-only cultivation during these weeks of supermarket shelf-raiding.

However, there’s room among decorative plants for some destined for the table. There are edible peas instead of sweet peas (or, rather, intermingled with them). Dwarf bean plants, tucked in around hardy annuals and perennials, will deliver plenty of much-needed fresh food as the season progresses, and fruit- laden tomato plants make eye-catching late-summer colour combinations when jumbled up with the dahlias. And what flower bed wouldn’t be enlivened by sprays of artichoke and cardoon foliage?

By avoiding things that need forking out – potatoes, for example (digging can disturb their companions’ roots) – it’s possible to include a great variety of kitchen goodies. To my eye, all herbs are decorative – feathery fennel, glaucous or purple-leafed sage, glossy green or purple basil – each providing moments of pungent hedonism as you fiddle with the weeding.

Even a window box can keep you going with parsley and tarragon – non-essentials, admittedly, but just the job for that culinary flourish if such things become scarce in shops. A sprinkling of chives left to produce their early, scruffy, lavender-pink flowers make a fine display above violas. Low-growing tufts of aromatic thyme amid clove-scented pinks and carnations coalesce into an irresistible, nasal cocktail.

Beetroot foliage is beautiful, and the edible roots are easily lifted without troubling nearby plants. Multicoloured midribs of some Swiss chard varieties (I recommend rainbow-stemmed Bright Lights) will augment any flower border.

Rhubarb doesn’t look out of place beside other large-leafers such as ornamental gunnera and petasites, but be aware of the latter’s creeping rhizomes, which could prove invasive, and the possible toxicity levels in certain species.

I avoid mint in the flower beds. It’ll spread like turbo-charged ground elder. And I wouldn’t encourage rampant self- seeders such as lemon balm, as delicious as its chopped leaves are, sprinkled over raspberries and strawberries.

Ah yes – strawberries. Ours are now confined to zinc containers and the classic terracotta planters designed especially for them to distance the fragile fruit from muddy splashes during seasonal downpours. It’s surprising, too, how many other fruit and vegetable plants will adapt to containerised life. Try filigree- foliaged carrots in light, sandy soil that allows them to grow deep and straight. Gooseberries trained as standards have much the same visual impact as boxwood topiary and, if carefully irrigated and properly pruned, black and red currants will inundate the family with fresh fruit over many midsummer weeks.

The spread of COVID-19 has changed many lives and its repercussions may well change the way we tackle our gardens. We needn’t forfeit the lawn yet and see in its place rows of brassicas and spuds, but few things are more pleasing and rewarding than home-grown fruit and veg. Their siting just needs rethinking creatively to harness the best of what a few square yards of outdoor space can offer.