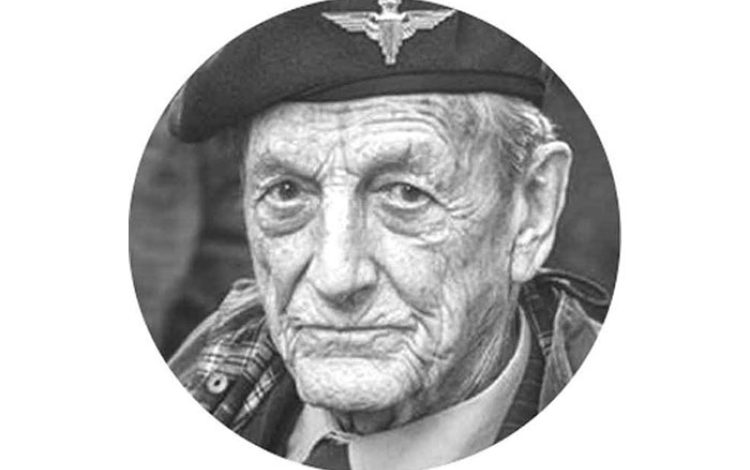 Colonel John Waddy, the Arnhem veteran who lived to be 100, served as a parachute commander in Palestine, Malaya, Vietnam, India, the Canadian Arctic and Italy. He was buried at the Church of St Andrew and St Mary in Pitminster, Somerset, ‘a mere grenade lob’ away from his birthplace, according to his cousin Rupert Gouriet, who gave a eulogy.

Waddy was chief military adviser for Richard Attenborough’s film A Bridge Too Far (1977).

‘Although he disliked the film, as American money dictated and distorted the events surrounding the Battle of Arnhem, his name was at least immortalised by Edward Fox, as General Horrocks, addressing his driver as “Waddy”,’ Gouriet said.

Waddy was wounded three times at the 1944 Battle of Arnhem: once by a German bullet and twice by Allied mortars while on a billiard table used as an operating table.

Prep-school headmaster Titus Mills told how Waddy led school trips to an Arnhem remembrance garden. ‘On many occasions John stood among those children, holding them in the palm of his hand with a history lesson like no other. More recently, when John was unable to get to Arnhem, our school group stood on the spot where he was wounded in those Dutch woods north of Oosterbeek, and the children rang him in Somerset and talked to him on a loudspeaker.’

James Pockney, grandson of Lt Col Sir Richard Des Voeux, Commanding Officer of 156 Battalion of the Parachute Regiment at Arnhem, said, ‘His regular visits to Arnhem enabled him to rekindle the great bond of friendship with his Dutch family, as Arnhem became his second home.’

While serving in India, Waddy acquired a lifelong taste for gin with an onion in it. Indian gin was not palatable on its own, he explained.

Guide Me, O Thou Great Redeemer, Abide with Me, and I Vow to Thee, My Country were played over a PA, with no singing. Masks were worn.

‘He was given a military send-off with the Parachute Regiment acting as pall-bearers and a bugler playing the Last Post,’ said Rupert’s mother, Sarah Gouriet.