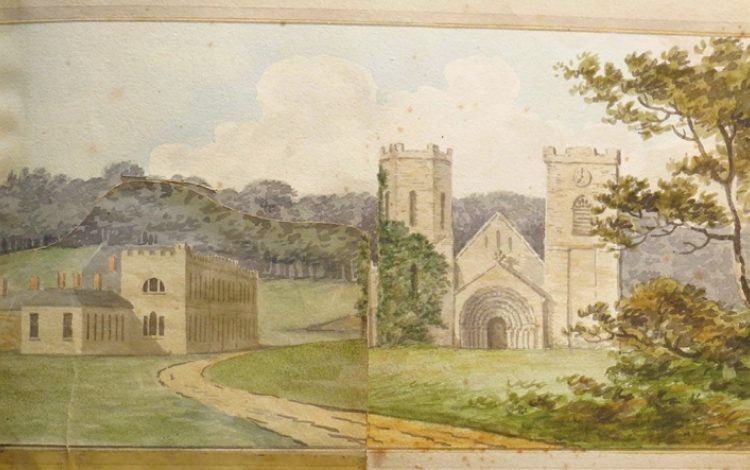 Of course you know all about the 19th-century Saudi Arabian war heroine Ghaliyya al-Wahhabiyya, as you do about her contemporaries Egwale Seyon, an Ethiopian emperor, and the Prussian general Friedrich Ludwig Fürst zu Hehenlohe-Ingelfingen. You don’t? Tut tut.

As a gardener, though – which is why you’re reading this column – you most certainly know something about Humphry Repton. But what, you may ask, does he have in common with those in my opening tease? Answer: they all died 200 years ago, in 1818 – Repton (aged 68) on 24th March, when yolky-yellow daffodils were aflutter in his myriad ‘improved’ grounds right across the kingdom.

The last great 18th-century landscaper, born in Bury St Edmunds in 1752, Repton – Capability Brown’s successor, no less – having failed as a merchant in early adulthood, turned his eye towards gardens and botany, eventually setting himself up as a landscape gardener in 1788. Within half a dozen years, he had advised on some sixty estates, a number that grew to more than 400 by 1816. The list today reads like the noblest of horti-gazetteers, and at least one source credits him with having ‘sowed the seeds of the more intricate and eclectic styles of the 19th century’.

His, let us not forget, was an era of slow travel, begun with a dawn hitching of horses to carriage, unlike the present-day practitioners’ fast nip across the shires in polished BMWs and back home for supper the same day. But that stately pace would have instilled a deeper understanding of the countryside, equipping our hero with a vital sense of scale and proportion and, indeed, the vernacular, picking up ideas along the way of how he might reshape his clients’ broad acres.

Repton’s considerable artistic skills (and, perhaps, entrepreneurial ingenuity) gave birth to his now famous Red Books, red leather-bound volumes that helped prospective patrons see, by explanatory text and – innovatively – watercolour sketches overlaid one upon the other, his ‘before’ and ‘after’ impressions. It was the PowerPoint presentation of its day and surviving examples (alas, too few) are the sun around which his reputation still turns. His original work tended to be on a smaller scale than, say, Capability’s, and he was not averse to modifying someone else’s earlier makeovers.

Where, then, should today’s student go to behold Repton’s three-dimensional legacy? One might start at Sheringham Hall in Norfolk, whose park – his ‘favourite and darling child’ – he designed in 1812. Or Hatchlands in Surrey, Attingham in Shropshire, Brighton Pavilion, Woburn… and Stoneleigh Abbey in Warwickshire (a supposed inspiration for Sotherton Court in Jane Austen’s Mansfield Park).

Let’s therefore salute Repton on this 200th anniversary of his death, and spare a thought, too, for the untold labourers whose toil and sweat gave life to the ol’ boy’s many exceptional visions.