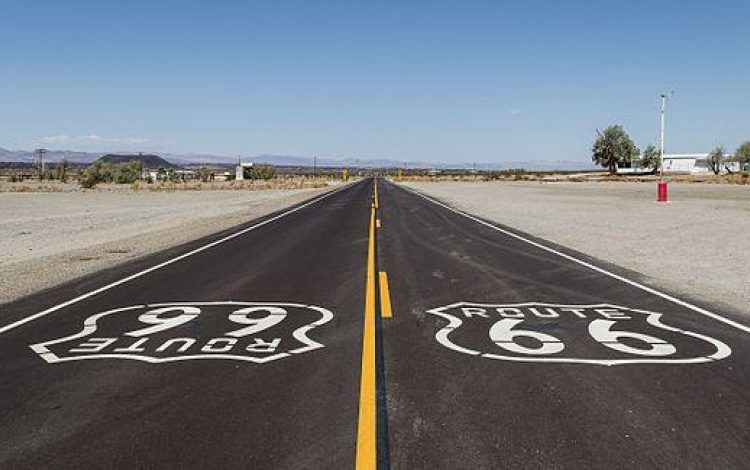 Not anymore, but there is Route 50

Get your kicks on Route 50! Surely that should be Route 66? No, not since that road was removed from the United States Highway System in 1985.

Route 50 is one of the few remaining two-lane highways running from the Atlantic to the Pacific. And David Reynolds, one of the founding directors of Bloomsbury Publishing (publishers of Harry Potter), drove the whole way at the age of 69. He recounts his adventures in his new book, Slow Road to San Francisco (Muswell Press), and chats about everything from George Washington and Aaron Burr to Marilyn Monroe and the Eagles – and, of course, Donald Trump.

In Salem, Illinois, Reynolds spent the evening in a bar run by the American Legion, chatting to Trump supporters:

‘At the first mention of Trump, the bartender, a slim 40-year-old who looked like Reese Witherspoon, yelled, “I love him. I love Trump.”

‘Much later, her phone made a loud bing. And the man next to me said, “That’ll be him.”

Poor hubbie is going to have to put up with an awful lot of loud bings over the next few months in the build-up to America’s next Presidential Election in November.