I Once Met Raymond Chandler 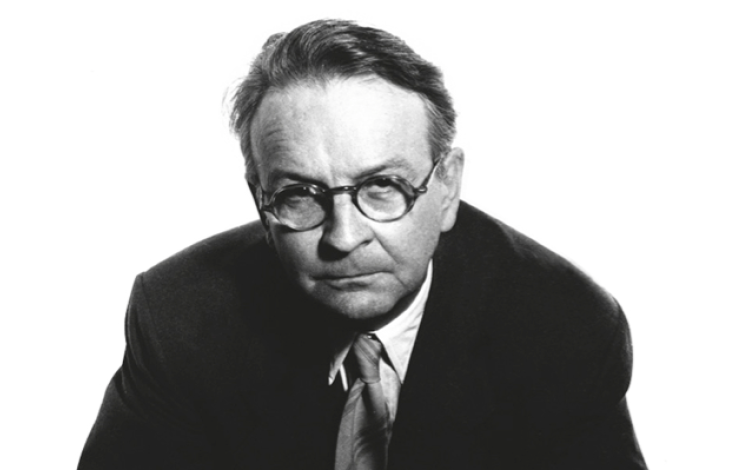 'I had read The Big Sleep, Farewell My Lovely and The Long Goodbye, and what had struck me most in all three books was the dialogue. It was so disrespectful and so original. To describe a woman as ‘having a face like a collapsed lung’ may be a touch unkind but it made the point: this was not a good-looking woman.'

In the summer of 1958, I was fifteen years old and a voracious reader of crime fiction.

My favourite read that year was Erskine Childers’s The Riddle of the Sands, although maybe that was more of a spy novel. Sherlock Holmes was brilliant but so logical and with no edge; Father Brown so improbable.

And then there was James Bond. I had enjoyed Casino Royale but there was something missing. Bond never said anything interesting. He never made jokes; that came later, in the films.

It so happened that Stephen Spender and his wife, Natasha, lived in a cottage in the garden of our house. Natasha was a concert pianist. Stephen was a poet, the founder of Encounter magazine and a long time friend of W.H. Auden. Auden used to stay with Spender sometimes, and we would all marvel at his deeply lined, almost rutted, face and the way he held his cigarette between his second and third fingers, an affectation copied by the theatre critic Kenneth Tynan.

One day, I was told the Spenders would be bringing Chandler to dinner. What would we talk about and what should I ask him?

I had read The Big Sleep, Farewell My Lovely and The Long Goodbye, and what had struck me most in all three books was the dialogue. It was so disrespectful and so original. To describe a woman as ‘having a face like a collapsed lung’ may be a touch unkind but it made the point: this was not a good-looking woman. And we know exactly what he meant when he said ‘something was as phony as the pedigree of a used car’.

So I planned quite a long conversation with Mr Chandler. I decided that I would start by asking him how he came by Marlowe’s dialogue. It was so crisp and rude and to the point. Did he sit around pool halls and bars listening to the small talk or did he really just make it up?

Dinner time arrived and the house guests assembled in the drawing room. Books were put down and drinks were taken up. I watched excitedly, clutching my Coca-Cola. My father moved towards the door and I followed him. In the distance, along the path approaching our house, I saw the tall figure of Stephen, walking arm in arm with Mr Chandler. Natasha was on the other side, also holding an arm. I watched that particularly carefully as there had been drawing room gossip about Mr Chandler’s love for Natasha.

I was introduced to the great man. As he seemed more interested in accepting the drink he had been offered than in talking to anyone, I decided to save my questions for later, perhaps after dinner.

Mr Chandler drank his whisky and maybe had a second. We all went into the dining room. I was seated diagonally opposite the great man and was able to watch his every move.

The first course was always soup. I took a mouthful, watching Mr Chandler over my spoon. He looked uncomfortable, stared at his bowl of soup and, very slowly, his head fell forward into the soup. Stephen exclaimed, ‘Oh Ray!’

My father and Stephen lifted Mr Chandler out of his chair, Natasha got to her feet, and they shuffled slowly out of the room, gently walked him back to the cottage and put him to bed.

I didn’t ask him a single question and I never met him again.