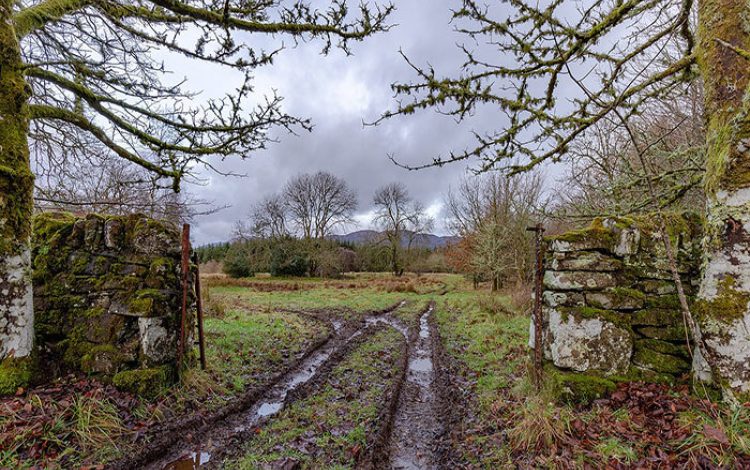 Jamie Blackett’s 2017 book, The Enigma of Kidson, painted a portrait of an Eton schoolmaster so touching that I can still make myself cry at the thought of Michael Kidson being ‘a kind of father-confessor’ to his boys but having no one to turn to himself.

Now Blackett has written a chronicle of a year in his life as a Dumfriesshire laird, and this book too has got under my skin. It manages both to be hilarious – yes, it is worth taking five pages to describe the process of locating the blockage in a septic tank – yet also to draw our attention to every one of the baldness-and-grey-hair-inducing anxieties of a landowning farmer; a job Blackett describes as ‘the best job in the world and the worst’.

What with the flitting tenants-in-arrears carrying away their vast televisions, the constant ‘number withheld’ calls from bureaucrats informing you that you’ve filled the form in wrong and are therefore not eligible for the money you’re owed, and the brutality of nature red in tooth and claw, there’s never a dull day.

It has made me realise that being an Archers-listener is not an adequate system for keeping in touch with what farming is like in today’s world – especially in today’s Scotland. Nicola Sturgeon’s government seems to be hell-bent on punishing landowners and squeezing the lifeblood out of them, to atone for the perceived ‘sins’ of their forefathers. A kind of land grab is going on with ‘community buyouts’. The result will be that rivers will no longer be tended to by a loving landowner who really cares. As a confessed ‘hedge fetishist’, Blackett cares passionately about the upkeep and stewardship of his land. We need this visceral, angry, funny and debunking book to take us deeper into the subject of ‘rural life in an urban age’ than even Tim Bentinck and Graham Harvey could.

Of farming, Blackett writes, ‘One has the consolation of knowing that it is the only profession bar one to have survived since the Stone Age, but the insecurity of feeling that the rest of the world has found something more lucrative to do.’ The average annual income for a farmer is £12,600. Rather as with parenthood, you can really do the job only if you’re carried along on a tide of love. Blackett adores the estate he inherited (called Arbigland) with all his heart and soul and, luckily, so does his wife. He is consoled by the fact that, ‘in financial terms, the harvest is still the biggest annual event on the planet, despite some people believing that farming no longer matters’.

A friend of his used to look at his own estate and see only its faults: the fallen trees, the leaking roofs and the mounting debts. This man eventually killed himself. Blackett knows that, in order to survive, you must train yourself to rejoice in the best as well as to face and deal with the worst.

He shares with us the utter beauty of the place: the thousands of geese suddenly arriving on the shore by the house, the deep communal enjoyment of hunting, the miracle of spring and the fabulous qualities of ‘muck’ as the best possible organic fertiliser. All this goes some way to making up for the miseries – one of which is today’s mantra that we must give up meat in order to ‘save mankind’. The Scottish government’s Climate Change Bill Consultation Paper talks about a ‘net zero target’ for carbon emissions by 2050 and blithely states that ‘a net-zero ambition would see the end of viable livestock farming in Scotland’.

In order not to go mad, today’s laird needs a medic’s level of sense of humour. Blackett certainly has this. He describes the weird habits of cattle with deadpan accuracy. They have ‘homosexual tendencies’: cows start mounting cows, and bulls bulls, doing one another dreadful injuries in the process. When a young bull is let loose in a field of cows, ‘it is like a 16-year-old boy being given a harem of 15 of his mother’s friends to satisfy’.

On the subject of trying to deal with animals destroying other animals (eg badgers destroying hedgehogs), Blackett remarks, ‘Sometimes it feels like being the police chief in a large crime-ridden city, where the biggest mafia bosses are in league with corrupt politicians.’

To deal with the weird habits of Scottish politicians, a blacker sense of humour is required. Needless to say, the Scottish government’s website – which cost £178 million – doesn’t work. As one reads this book, one’s hollow laughter might turn into an urge to scream.

Born to be wild