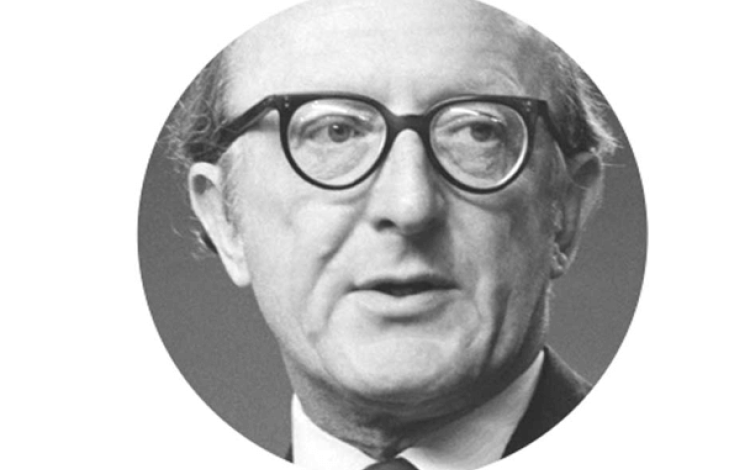 Carrington is often cited as the last man to resign from the government on a point of principle – when he laid down his career after the Argentinians invaded the Falklands in 1982. But Richard Luce MP, as he then was, also stepped down as a junior FO minister.

Luce said Carrington had served six prime ministers and two monarchs in his 73 years in the House of Lords. When Lord Salisbury became Leader of the Lords, Carrington told him, ‘Remember you are the headmaster of a second-rate public school.’

Carrington named all his dogs after prime ministers and his cowshed was called Buckingham Palace.

He never took himself too seriously. He described the 1944 Battle of Nijmegen, where he won an MC

commanding a tank squadron to capture a bridge, as ‘rather disagreeable’, and said his MC was ‘pot luck’.

‘He epitomised all that was best,’ said Luce. ‘The Argentine invasion of the Falklands wasn’t his fault, but he felt he had to carry the can. He said he only lost his job. Others lost their lives.’

Carrington’s son, Rupert, read from an unpublished private diary his father had written for the amusement of his family. It contained anecdotes from his varied career. As High Commissioner to Australia in the 1950s, he had a pea-green Rolls Royce. ‘If you put it in a eld, the cows would have eaten it,’ the extract said.

As Secretary General of NATO, Carrington attended a Nijmegen reunion for 600 veteran Grenadiers in a town hall. He saw only one familiar face and asked the old soldier what he was doing these days.

‘I’m the President of Israel,’ said Chaim Herzog. ‘He took it rather well,’ wrote Carrington.

Lord Heseltine read from Revelation 21: ‘Then I saw a new heaven and a new earth.’ The Duke of Kent represented the Queen, while Sir John Major stood in for the Duke of Gloucester.

Dr Henry Kissinger, 95, who was at the service, once said no statesman had impressed him more than Carrington.

At the end of the service, the Duchess of Cornwall tried to greet Lord Carrington’s daughter Virginia with a kiss, but the two ladies had broad- brimmed hats and didn’t make contact.