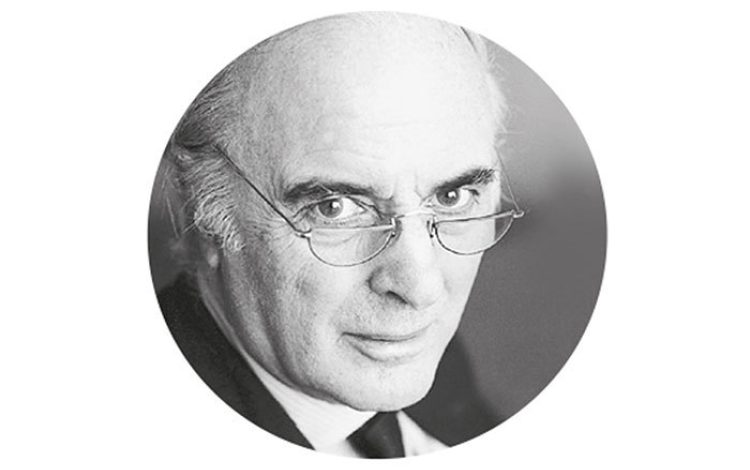 Former Chancellor of the Exchequer Norman Lamont gave a eulogy for Dr Thomas Stuttaford, The Oldie’s former medical columnist, who was a fellow Tory MP in the early 1970s.

‘He was the doctor who told us alcohol was good for us,’ said Lord Lamont in St Bride’s Church, Fleet Street. ‘He believed in the cardio-protective properties of alcohol in moderate quantities – four or five glasses of red wine a day.’

Dr Tom noticed that farm labourers in his Norfolk constituency lived longer than his other patients thanks to their alcohol consumption. And he practised what he preached in his clubs: the Reform, the Athenaeum, the Cavalry and Guards, the Garrick and the Beefsteak; ‘not to mention the House of Commons’, said Lamont.

He told how Stuttaford had once prescribed an anti-nausea pill for him before a meeting with Dr Hastings Banda, President of Malawi. ‘The night before our meeting, I had dined not wisely but too well,’ said Lamont. ‘In the morning, I said to Tom I didn’t think I should come to the meeting as I felt very unwell and there might be an accident. I sat silently through the meeting very nervously when Dr Banda waved his fly whisk inches from my face, but there was no accident.’

Lamont went on to say, ‘Tom became friendly with Harold Wilson, who confided in him before it became public that he had a history of dementia in his family, and for that reason he intended to resign as PM. He kept that information to himself for years.

‘He was always pointing out to me Keith Joseph’s protruding veins in his forehead, saying it was a sign of an impending nervous breakdown.’

John O’Sullivan, Margaret Thatcher’s speechwriter and former Daily Telegraph parliamentary sketchwriter, said Stuttaford, who rebelled against Ted Heath more often than any MP except Enoch Powell, was one of four Tory doctors in the Commons who decided Heath didn’t have the right psychological attributes to be Prime Minister. Dr Tom was the one who had to give the bad news to the whips.

Richard Ingrams, founding editor of The Oldie, read a piece from the magazine by Stuttaford about his haunted house in Norfolk.

Finally, we all sang Jerusalem.