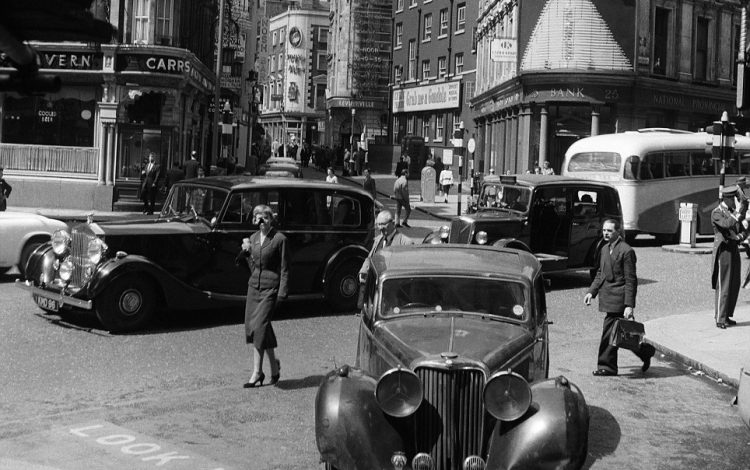 By Chris Le Cluse, who receives £50. Readers are invited to send in 400-word submissions.

About to leave school after taking my GCEs in June 1958, I answered a newspaper ad and, after a brief interview, was offered employment as a chef at the Moulin Rouge.

No, not the Moulin Rouge, Paris, but the soon-to-be-opened Moulin Rouge Coffee Bar in Worthing, where I needed to earn cash during the summer holidays before beginning my first year at the local art school.

During the mid-to-late 1950s there were many in the provinces hoping to make their fortunes by emulating the atmosphere of the ‘bohemian’ coffee bars of Soho. The proprietor of the seaside ‘Moulin Rouge’, Lou Collier, newly arrived from the East End, took me on because I convinced him I could produce Bolognese sauce for spaghetti and various risotto dishes – this was to be a French-styled coffee bar but with Italian food. He could see I was keen – and cheap. If I worked from 10am to 10pm I could make £1  10s (£1.50p today).

I’d never cooked much more than a poached egg (or sausages, baked beans and potatoes at scout camps) but after consulting my mother’s Mrs Beeton, I bought the ingredients and experimented at home, producing a mélange of minced meat, onions, and tomatoes, to which I added pasta, with limited success. Nonetheless, I pressed on.

My first days of summer employment began in the company of the owner, his wife, three waitresses and a plongeur, unpacking and setting up tables, chairs and benches while a local signwriter finished painting ‘Lautrec’ murals all round the coffee bar. On day three I was fired for pumping aerated cream over the kitchen walls and ceiling from a Sparklets pressurised dispenser when I’d failed to close the valve – but taken back on because I was willing and, of course, cheap.

I continued working there during the holidays and occasional evenings for the next year or so and became surprisingly skilled, once managing to cook 52 eggs in various modes in under half an hour when a hungry coachload of trippers came in. My spaghetti Bolognese is still appreciated today and, 57 years later, I always raise a glass to Lou, wherever he may be.

By Chris Le Cluse, who receives £50. Readers are invited to send in 400-word submissions.