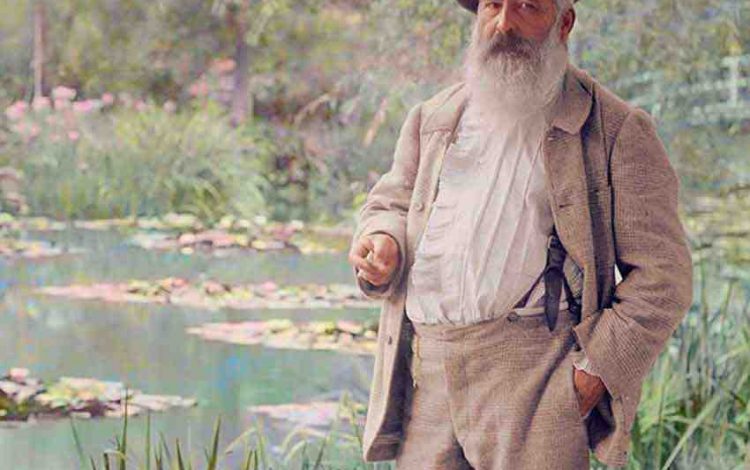 A masterpiece with roots

It could be as simple as turning a barrowload of damp, earthy, woodsy, worm-filled compost.

Or the growth of a small cutting in its cradle of moist soil, telling you ‘I’ve made roots!’ More likely, it’s the smell of a rose triggering fragments of vivid memories that have lain idle for decades in the brain’s deep retreats. Perhaps it’s the enduring existence of a beloved plant given many years ago by a dear friend or a total stranger.

Whatever, the pure joy and, more potently, the rewards of gardening are impossible to calculate, but guaranteed to surprise, stimulate, inspire and adore. As the Chinese proverb has it, ‘Life begins the day you start a garden.’ All this was confirmed in a new scientific study in Landscape and Urban Planning magazine, confirming that gardening is good for your mental and physical health.

Claude Monet considered his garden at Giverny his ‘most beautiful masterpiece’, and that’s saying something – although he might shudder at its present incarnation where, when I last saw it, a supposed need to satisfy a seemingly endless trudge of (mostly) foreign visitors had draped its few hallowed acres in inappropriate garb.

I was a guest of Claire Joyes, who lives in the village and, more importantly, is the widow of Jean-Marie Toulgouat, Monet’s first wife’s great-grandson, who died as recently as 2006, establishing Claire as the comet’s tail, so to speak, of that hugely influential artistic movement.

After lunch, we sat in Claire’s orchard garden, sipping deeply from glasses of single malt whisky, waiting for the Monet pilgrims to dissipate, clutching their souvenirs and phrase books, just a few streets away. Claire held her own key to this Eden and, as the sun began to dip behind the poplars along the Ru (a tributary of the Seine which Monet dammed for his much-painted water lilies), we made our way slowly along the paths and around the pond, benign ghosts paying our own private homage.

I also hold dear memories of an earlier visit made years before, in the mid-1970s, when I trod the same paths on a bought ticket for a few francs. There were no crowds then, and Monet’s favourite nasturtiums lay untroubled over the gravel as if one of his canvases had sprung into life – or one of the many early-1900s black-and-white photographs of the garden had magically filled with colour.

Gardening is not the boring slog non-gardeners insist it is. It’s about the wondrous enjoyment of plants – their structure, flowers, fruits and foliage. Above all, it’s about people and places and filling our mental store cupboards with glorious incidents when time comes to harvest the past.

My day with Claire Joyes in Giverny was a privilege enabled by a shared love of gardens and gardening. So too were the several hours I spent one summer’s evening 30 years ago, interviewing Prince Charles at Highgrove, listening to a man whose passion for gardening was, and remains, matched only by his delight in the whole natural world.

But gardening’s high points are not about hobnobbing with the great and the good: like music, galleries, museums, the wide outdoors and the boundless night sky, gardens are for us all – and if you don’t have one of your own, you’ll know people who do. Enjoy theirs for, as some wise, unknown sage has made clear, ‘gardening adds years to your life and life to your years’.