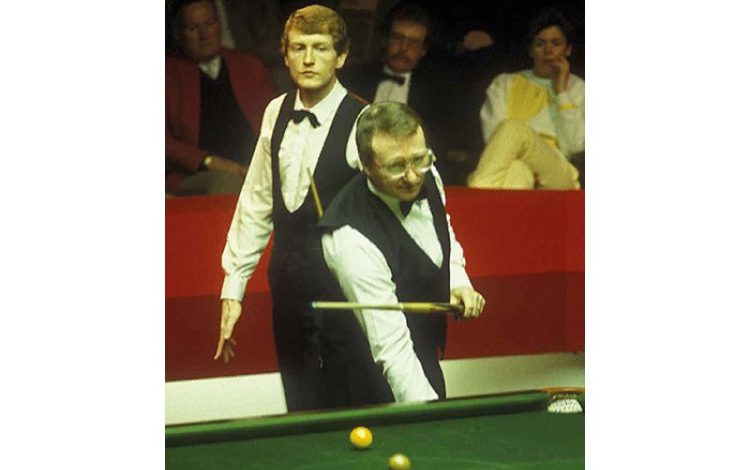 A full-capacity crowd will attend the Snooker World Championships in May. Donald Trelford still misses the smoky old days

A full-capacity crowd will attend the Snooker World Championships in May. Donald Trelford still misses the smoky old days

I used to go every year and followed the tournament avidly. I got to know the players and even wrote a book about them (Snookered, 1986).

But, for several years now, I haven’t bothered even to watch it on television. This year, when COVID forced the event to move to August, I didn’t know or care who won. My disillusion with snooker is shared by so many other former fans that the game is clearly facing a serious decline.

Why has this happened? The main reason is that the players have become robotic - skilled workmen rather than artists. The game lacks the vivid personalities of the 1980s, when television coverage reached a record 18.5 million viewers after midnight on a Sunday for the most exciting world final of all time between Steve Davis and Dennis Taylor in 1985. Taylor, the man in the giant glasses, had gone 8-nil down but, after a nip of brandy, he eventually drew level at 35-all and won the last frame on a hotly contested black, the only time he had been ahead in the match.

It was the biggest audience ever on BBC2, watched by nearly half the households in Britain. That was the peak of the game’s popularity and the graph since then has gone steadily down.

Only a third or so of that number watched Ronnie O’Sullivan win his sixth world title. The champion himself is also concerned about snooker: “It just feels boring. The sport is dying.” His explanation is simple: “The smoking ban killed the clubs.”

With so many snooker clubs having closed, only half the number of boys in the 16-18 age group now belong to one, compared to eight years ago.

Where are the players now to match the excitement created by Alex “Hurricane” Higgins, Jimmy White (“the Tooting tearaway”), Cliff Thorburn (“the cool riverboat gambler”), Ray Reardon (“Dracula, the Welsh Prince of Darkness”) or the craziest of all, “the Canadian teddy bear,” Bill Werbeniuk, who needed 20 pints of lager to keep his hands steady enough to play?

There are still huge sums of money floating around the game. O’Sullivan is said to have earned over £12 million, including a £500,000 prize for winning this year. But, still, fewer people are playing the game in Britain and fewer people are watching it on TV because they find it less interesting.

Snooker has been through crisis periods before. It used to be the junior partner to billiards, which was a much bigger draw until the Second World War. Billiards destroyed itself as a public entertainment because the players became too good and too boring, amassing huge breaks (the record is 4,137 by an Australian, Walter Lindrum, playing against Joe David in 1932). Opponents got fed up waiting hours to get a shot and the public got fed up watching.

The great Joe Davis got snooker going after the war, but it never caught the public imagination as the handful of bow-tied old pros kept on playing each other and holding exhibition matches. When Davis retired in 1964, he said, “Snooker has no future.” Just five years after that doom-laden prophecy, Pot Black launched on BBC2, exploiting the introduction of colour TV. Snooker was the perfect game for the small screen and drew a massive audience.

Incredibly, though, there were no TV cameras when Higgins opened a new era by winning the world title in 1972 in a British Legion concert hall in Birmingham, with the small crowd sitting precariously on planks and beer crates. The tabloid press anointed him as the game’s first superstar, with the air of a hustler or pool-room shark. Snooker had rediscovered its roots in raw working-class life.

TV ratings soared with the move to the Crucible in 1976 and the brilliant staging of the event by the BBC’s Nick Hunter. The commentators became stars, especially “Whispering” Ted Lowe, who once said innocently, in hushed tones, “Fred Davis, the doyen of snooker, now 67 years of age and too old to get his leg over, prefers to use his left hand.”

The commentators are now as dull as the players: no excitement, or emotion – just dull efficiency.

The organisers dismiss talk of a decline as nonsense, pointing out that there are many millions of players in China and other Asian countries, with 150 snooker clubs in Shanghai alone, and that the world final has a global audience of untold millions.

Maybe so but, sadly, it no longer includes me and many others who once loved this beautiful game.