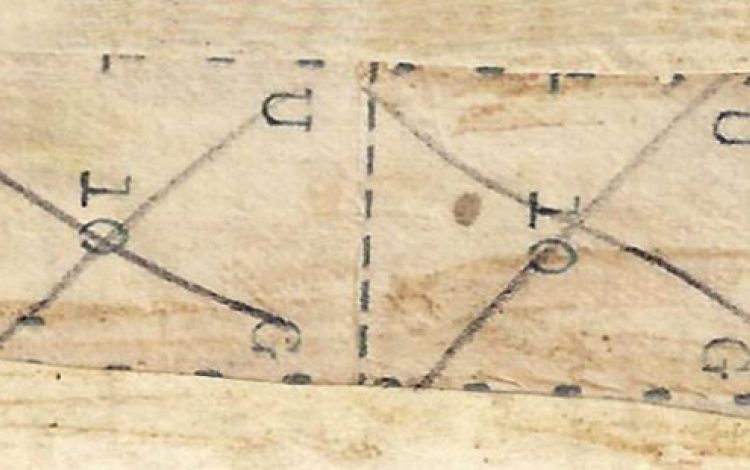 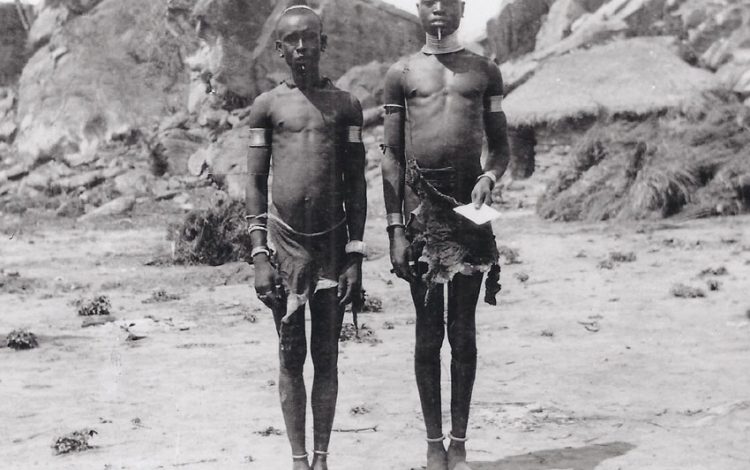 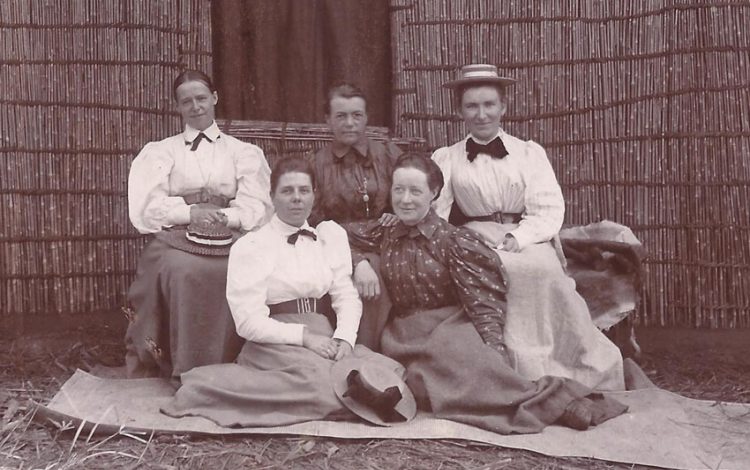 Philatelist John Griffith-Jones explains why he loves his collection of some of the most bizarre creations in postal history.

In 1895 Ernest Millar, a young Cambridge graduate, sat in a hut in the depths of the bush in Uganda, making stamps on his typewriter.  Uganda had just become a British Protectorate and George Wilson, the first government official posted there, decided that this called for an issue of stamps and a postal service to use them. The Church Missionary Society was the only organisation with a network across the country, and Millar was the only missionary with a typewriter. So it fell to him to design, and make, the first stamps.

The design had to be simple. Millar chose U and G as the emblem, placing one letter on either side of each stamp, at the top. In the centre, he put a figure to show how much each stamp was worth in cowrie shells (the currency at the time). Then he took the only paper he had to hand – a flimsy foolscap on which he typed his sermons – and began to type.

Page after page of stamps he typed, creating grids by typing hyphens along the top and bottom and apostrophes down the sides. Of course he made mistakes. In his first issue, he struggled to make stamps the same width and often put apostrophes in the wrong place. Sometimes he typed an A instead of a G or got a number wrong. But, overall, he did an incredible job, producing around five thousand stamps over a period of eighteen months, at the same time as doing his day job.

The stamps were available from the mission station and letters were carried in cleft sticks by runners wearing nothing but a loincloth.

Demand soon increased and, within months, Millar was on his third issue and using a new typewriter. By 1896, it all got too much. Relief came in the form of a hand-press which was sent out from England and arrived completely rusted up, having nearly sunk in Lake Victoria. Fortunately, one missionary, Frank Rowling, was also an engineer. He soon got it working again and began his own issue of stamps, according to his own design.

Millar was probably thrilled. He had plenty of other things to do, being both the postmaster and the bishop’s secretary. And it would have given him more time to indulge his greatest passion: taking the latest edition of Bradshaw’s railway timetable, sent out to him every year from England – and plotting imaginary journeys to see if he could work out the fastest and most direct route.

Millar never married, though there were female missionaries there. The first five arrived at the end of 1895, having walked 800 miles from Mombasa. There’s a group photograph of them in straw boaters, with big, puffed-sleeved blouses tucked into their long, firmly belted skirts. ‘The bishop and the ladies have arrived,’ Archdeacon R H Walker wrote to his mother. ‘All are well and happy and they’re not quite so wizened as I’d expected ladies who had promised not to marry would be.’

In the end, two or three of these five did marry other missionaries. But not Ernest Millar who devoted his life, unpaid, to his work, dying of heart failure when he was only 49.

They’re very rare, these stamps, and impossible to forge. I have more than 200 of them – which is a sizeable proportion of the ones that survive. I have used and unused ones; perfect ones and ones where he made a mistake. I have single stamps, blocks of stamps and stamps on envelopes. I also have stamps from every issue, including one that wasn’t used.

You won’t get a single stamp for less than about £150 now, and if you can find one on an envelope, you could be looking at up to fifty times that or more.

There’s a lovely example: a letter from Millar to a colleague who lived about fifteen miles along Lake Victoria. He’s put three ten-cowrie stamps on it but crossed out the ten on the third and changed it, by hand, to a five. And then he’s written some extra information on the top left corner: ‘One box sent by canoe’.

And there’s a letter to Bishop Alfred Tucker where the stamp is badly stained with gum. Usually that would decrease a stamp’s value but, in this case, it’s all part of the story because the stamps had no adhesive, so they had to use gum from a local tree to stick them on.

What will I do with my collection? I tend to believe that one’s really just a custodian of these materials for a certain period and then it’s somebody else’s turn. Often that comes when you drop off your perch, but equally there’s no reason not to hand them on as a conscious decision when the journey has been fully covered.

I’ve already exhibited them at international stamp shows in Melbourne and New York and won gold medals for my display. I hope, one day, to write a book about them. But having recently finished a book on the postage due stamps of Zanzibar, 1875–1964, which took me ten years and ended up at 539 pages, I think first I’ll have a bit of a break. And then, who knows?  John Griffth-Jones, As told to Blanche Girouard

Time to clean up our act