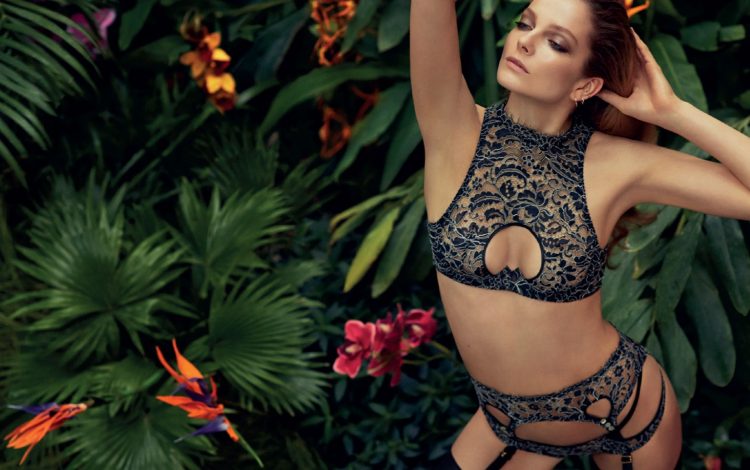 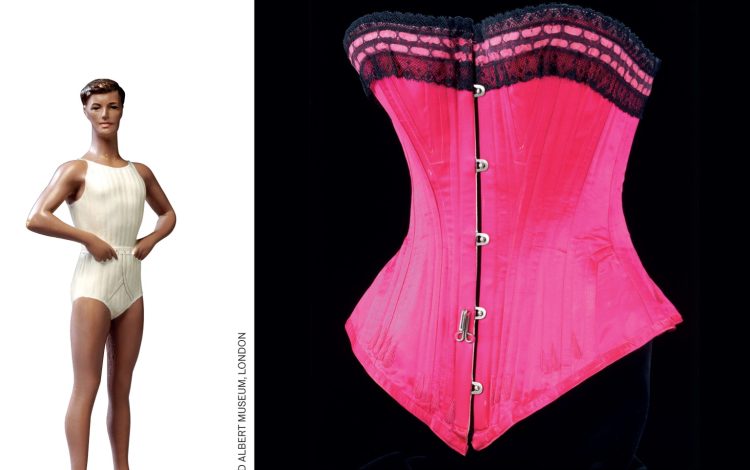 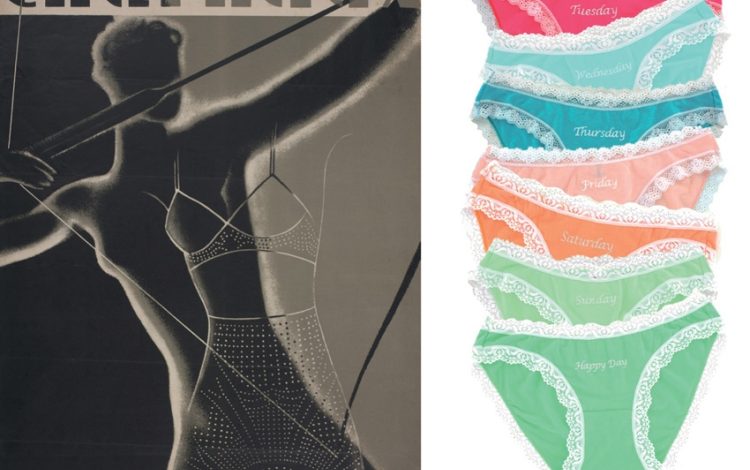 Whalebone and watchspring, corset and crinoline: for most of history underwear was about shaping the female form. Thankfully the constrictions have steadily lifted, found Laura Gascoigne at the new V&A exhibition

A curious object has come out of store at the V&A: the plaster fig leaf made to cover the nudity of the cast of Michelangelo’s ‘David’ during royal visits by Queen Victoria to the South Kensington museum. Hard to imagine that, after having nine children, the mother of the nation’s blushes needed sparing, but one couldn’t be too careful in an age when men’s trousers were referred to as ‘inexpressibles’ out of respect for the sensitivities of ladies who were barely credited with possessing legs.

One suspects Her Majesty would have been less amused by the sight of a pair of drawers once belonging to her mother the Duchess of Kent on public view alongside the fig leaf in the museum’s latest exhibition.

‘Undressed: A Brief History of Underwear’ is a fascinating exposé of the secret life of the undergarment and its contribution to society. It was the Regency dandy Beau Brummell, after all, who pioneered the idea of personal hygiene by insisting that the true mark of a gentleman was ‘very fine linen, plenty of it, and country washing’, and the German promoter of ‘rational underwear’ Dr Jaeger who carried on the good work. Among the Jaeger Sanitary Woollen Company’s distinguished patrons was George Bernard Shaw, photographed in 1899 sporting a woollen onesie – valued for its perspiration-mopping properties – on the beach at Mevagissey.

While rationality tended, or at least pretended, to rule men’s underwear, irrationality played havoc with women’s. For centuries the female form was arbitrarily moulded by ingenious armatures of whalebone and watch-spring into what was considered, for the season, the desirable shape. In the 18th century there were also corsets for men, with names like the Brummell Bodice and the Glasgow Stiffener, but they were intended only to pull in the tummy and give the figure-conscious dandy a waist like an earwig. For women there were endless arrays of stays designed to push up the bust and pinch in the waist and/or hips, depending on the outline currently in vogue. In the Regency period the ‘divorce corset’ separated the breasts in Grecian style; in the Victorian era the patent ‘bust extender’ provided the wearer with a modish mono-bosom. The effect of all this constriction on the female frame was such that one professor of medicine complained that women had been rendered useless as cadavers for the purposes of anatomical study.

For the female fashion victim, flexibility was out. While the corset prevented her from bending, the cage crinoline stopped her from sitting down. In a letter of 1828 a tradesman complained of his middle-class daughters being ‘unable to stand, sit or walk, as women used to do’; when one of them tried to stoop her stays gave way ‘with a tremendous explosion … and I thought she had snapped in two’. Not even working women were exempt. In 1863 a Staffordshire pottery reported the loss of £200 worth of china, swept to the floor by passing crinolines. A particularly terrifying pair of homemade 18th-century stays from Whitby, pinned up in the exhibition like a skinned bat, was reinforced with locally sourced whalebone and tipped the scales at 1.06kg. A natty little red silk damask number nearby, of the sort worn by contemporary ‘dashers of the haut ton’, weighed a kilo less.

Thankfully the historical trend has been for underwear to get lighter and lighter. As the charming French lingerie designer Fifi Chachnil puts it in a filmed interview: ‘We are aiming to do maybe less, but better.’ The most serious loss to femininity has been the petticoat, and with it, underwear’s only aural attraction – the distinctive Gallic ‘frou-frou’ caused by the friction of layer on layer of frills under a crinoline. As a fashion journal of the 1890s urged its readers: ‘We must frou-frou till we can’t frou-frou any more.’

It was the invention of the bicycle, coinciding with the discovery of vulcanisation and the development of elastic, that finally did for frillies. The female sex was revealed to be bipedal, the gamine shape succeeded the Venus de Milo and by the 1920s the fashionable form was distinguished by ‘careful avoidance of what used to be known as a figure’. At this point women’s underwear went into a dive, entering a depressingly unsexy phase that culminated in ‘foundation garments’ made from patent stretchy fabrics all ending in ‘ex’. With no-nonsense names like ‘roll-ons’ and ‘step-ins’, they exuded as much sex appeal as a surgical truss. This was underwear you wouldn’t wish be seen in; the triumph of the rational appeared complete.

But fashion, fortunately, is irrepressibly irrational and in our own century the corset is back, worn defiantly on the outside rather than in. Dolce & Gabbana has even revived the cage crinoline in a wicker dress made from Sicilian basketwork, while vulcanisation reaches its apotheosis in a scarlet-trimmed black latex combo by House of Harlot that would bring Dr Jaeger out in a cold sweat.

What did I covet? The red paisley thermal petticoat from the 1860s, filled with down like a wearable duvet; the sumptuous 19th-century dressing gowns, just the thing for sleepy mums at the school gates; and the polka-dotted 1950s cocktail dress by Lanvin-Castillo with its cascades of black tulle frou-frou at the back. As an earlier fashion writer commented: ‘You can face the world if you know you’re all right behind.’

In the 1810s Princess Charlotte was considered forward for showing her drawers; today the Duchess of Cambridge can flash bare thighs all over the tabloids. ‘Women have taken a very large step towards nudity, and sex appeal has vanished,’ grumbled George Bernard Shaw in 1929. ‘Bring back clothes and it would be increased.’ What did he know, the old onesie-wearer? Complete nudity, it’s true, can be a bit boring, but a well-placed ribbon or two makes all the difference. Leaving the exhibition through the sculpture galleries, I felt that Rodin’s nudes could do with some frou-frou. I admit it’s shocking, but I found myself dressing them with my eyes.

Undressed: A Brief History of Underwear is at the V&A until 12th March 2017

The stuff of genius