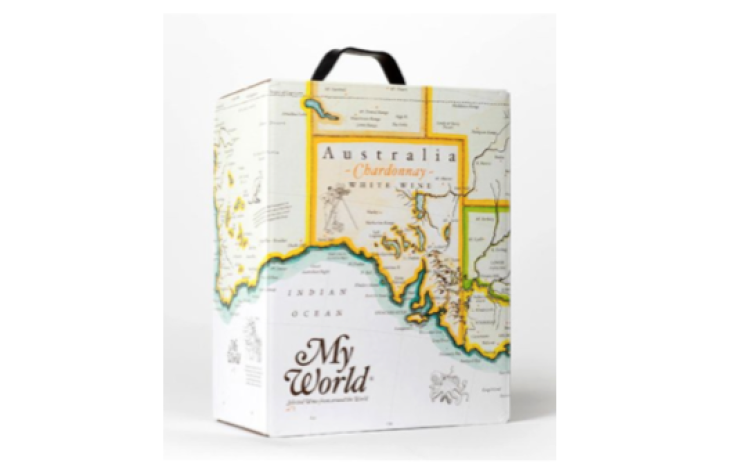 How about what many in the wine business are touting as the Next Big Thing: bag-in-box wines?

Do not (we are told) judge a book by its cover, although my Great Auntie Vi would beg to differ: she only ever borrowed red library books, considering them much more likely to be agreeably racy than books with more muted covers.

So would my friend Paul, a graphic designer who refuses to buy any bottle of wine of which he aesthetically disapproves. If winemakers can’t be bothered to give their bottles a decent label, he thinks, they were probably equally slapdash in the cellar. There may be a nugget of truth in his theory, but he has opened the occasional bottle in my presence, for which the entire budget seemed to have been spent on the label.

Traditionally, a good bottle of wine had a serious label with italic script and a picture of a château, and a proper cork. No longer: New Zealand winemakers, for instance, now bottle almost everything under screw cap, and in any case the landscapes of Central Otago and Wairarapa are notably unencumbered by châteaux. It has taken British consumers a couple of decades to accept that Pinot Noir doesn’t automatically turn into plonk because the winemaker has made it easier to get at, but screw caps have been accepted (grudgingly, by some) and are here to stay.

But how about what many in the wine business are touting as the Next Big Thing: bag-in-box wines? If screw caps suffered from an image problem, boxed wines need a complete makeover, if not witness protection, plastic surgery and a new identity. Luridly decorated, often festooned with photographs of vineyards and bunches of grapes (presumably to reassure potential purchasers that its industrially produced contents are actually derived from grapes), they have always been the poor relations of the wine world, dustbins for whatever doesn’t deserve the distinction of a bottle.

Change is afoot, though. More and more winemakers are realising that there is nothing wrong with the technology of bags in boxes. Compared with bottles, they are much easier to transport, more eco-friendly, simpler to use (once you have fiddled around a bit with the tap), and their contents will stay fresh for a month or more.

Restaurants started the trend, mainly for economic reasons: to keep wines fresh for a few days, bag-in-box is a lot cheaper than a fancy machine. The Vinoteca group was an early evangelist, while at Clipstone, in Fitzrovia, six wines are available on tap, at prices from £4.50 to £11 a glass; and the splendid St John, in Clerkenwell, offers a French white, rosé and red at £33 for 3 litres (£8.25 a bottle) through its wine company (www.stjohnwines.co.uk).

Now the big retailers are catching up. Waitrose launched a smartly packaged, bag-in-box ‘Mediterranean’ rosé this summer, called Côte Bleu (pedantically, it should be named Côte Bleue, slopes being feminine in French). On offer at £12.99 (usually £14.99) for 1.5 litres, it is a crisp, clean mouthful, perfect for those (like me) who baulk at paying more than £10 for a bottle of rosé, but don’t want to drink something that looks and smells like bubblegum. Keep it in the fridge and you will have Provence on tap.

Even the ubiquitous Amazon has got in on the act: it reports a 212 per cent increase in bag-in-box sales since last summer. Its pages reveal a number of dubious Bulgarian wines, and several ‘non-vintage’ wines which I would avoid, but the ever-reliable Beefsteak Club Malbec is on offer at £18.26 for 2.25 litres (a tad over £6 a bottle) and would be a welcome guest at any barbecue. Not that Great Auntie Vi would have bought any

of them, however eye-catching their packaging: her favourite branded drink, which she called ‘dirty pop’, came  in a bottle with a classic, thoroughly recognisable label. It was Guinness.