Churchill: Walking with Destiny by Andrew Roberts, reviewed by A S H Smyth 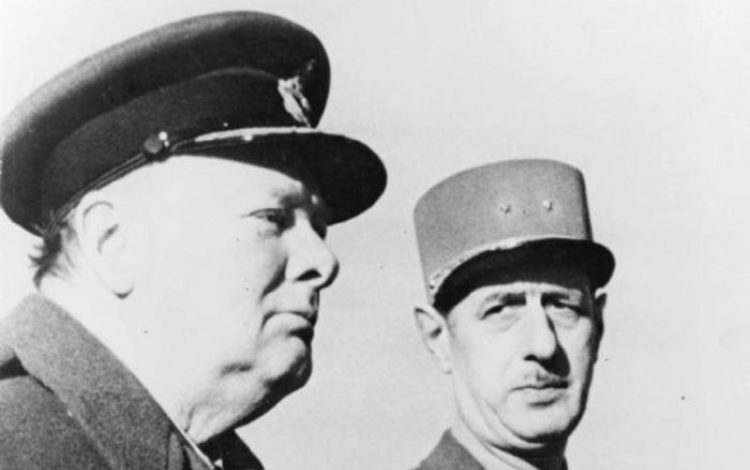 My favourite item of Churchilliana occurs in The Gathering Storm (featuring Albert Finney and, in this scene, Ronnie Barker). Churchill is dictating to his secretary when the butler character disturbs him. Churchill tries to kick him out; but Mr Inches stands his ground. Churchill: ‘You are verry rrrude to me, Inches.’ Inches: ‘Well, you’re very rude to me, sir!’ Churchill: ‘Yesh’ – [beat] – ‘but I am a Grreat Man.’

It’s a commonplace that if the Second World War had not occurred, Churchill would not have been the Great Man we know today. But his achievements up until that point could still have filled hundreds of books – not least the ones he wrote himself – and it is easy to lose track of just how much he packed in to his nine full decades, six of which he spent assiduously in public office.

Born at Blenheim, the home of his all-conquering ducal forebear, Marlborough, he set out consciously, and when young, to be an heroic English leader – and by extension, as he might have thought, a world leader. ‘It will fall to me to save the capital and save the Empire,’ he said at 16. The first of literally a thousand biographies of him appeared when he was 31.

Inheriting his father’s ‘Tory Democrat’ ideals, he understood noblesse obliged him to improve life for the nation, not just the class he’d had the fortune to be born into. As an MP, he ploughed his own furrow (once standing as an ‘independent anti-socialist’) and was increasingly respected for his preparedness to be unpopular. Serving in the better part of a dozen Cabinet positions, he was a friend to the working man, and socially he enjoyed people with divergent characters and backgrounds.

He was personally courteous even to his parliamentary enemies, and generous to a fault; but he had little time for ‘form’. He could maintain unfaltering confidence in British imperialism while speaking vehemently against the Amritsar massacre in 1919.

But for all Churchill’s well-earned reputation as a maverick, Andrew Roberts credits him with a remarkable political consistency over 60 years, believing that the parties he abandoned and rejoined changed around him. When the time came, this colossal individualist born in a palace majestically turned down a dukedom in his own right, because he ‘wished to die in the House of Commons’.

Alongside this storied parliamentary career, he fought in several wars, travelled hundreds of thousands of miles, wrote more than Shakespeare and Charles Dickens put together, won a Nobel Prize, and outsold da Vinci at the Royal Academy – in a life streamlined by never having had to wash a dish (although he did build one or two brick walls). It’s easy to forget that he was 65 when he became Prime Minister. The Second World War was his apotheosis, and the thousand-plus pages of Roberts’s book are divided 50/50 before and after his accession to the premiership – which was certainly how Churchill saw it: ‘All my past life had been but a preparation for this hour...’

Acclaimed biographer of, among others, Salisbury, Halifax and Napoleon (a bust of whom would later sit on Churchill’s desk at Chartwell), Roberts is the man for Great Man history. Churchill benefits from his discovery of ‘new’ War Cabinet accounts, access to the private diaries of George VI, and some 40 other archives that have become available in the past decade.

Against the inexorable swell of destiny, he stresses Churchill’s frequent back-handed political good fortune (his father’s early death, election defeats and the Nazis’ urgency); his physical luck (he was nearly killed on any number of occasions); and a long, long list of political and military misjudgements from opposing the Suffragettes to refusing to leave No 10 after a stroke.

As Churchill told his beloved wife, Clemmie, ‘I should have made nothing if I had not made mistakes.’ Still, Roberts is at pains to note that when Churchill was wrong (Gallipoli, for instance), he was usually wrong in quite illustrious company. But he was right about the very biggest pictures – Prussian militarism, Nazism and communism – and often very much alone.

So resoundingly historical a figure was Churchill that many modern British teenagers apparently believe the ‘Greatest Briton of All Time’ was, in fact, not real. Viscount Alanbrooke, a strident critic, referred to Churchill as a ‘superman’. And so synonymous was Churchill with the nation he had led that, when he died, de Gaulle averred, ‘Britain is no longer a Great Power.’

Unbelievably, then, and rather sadly, Churchill’s own last words were ‘I’m so bored with it all’. The same, at least, cannot be said for Roberts’s readers.

Steeped in the stage