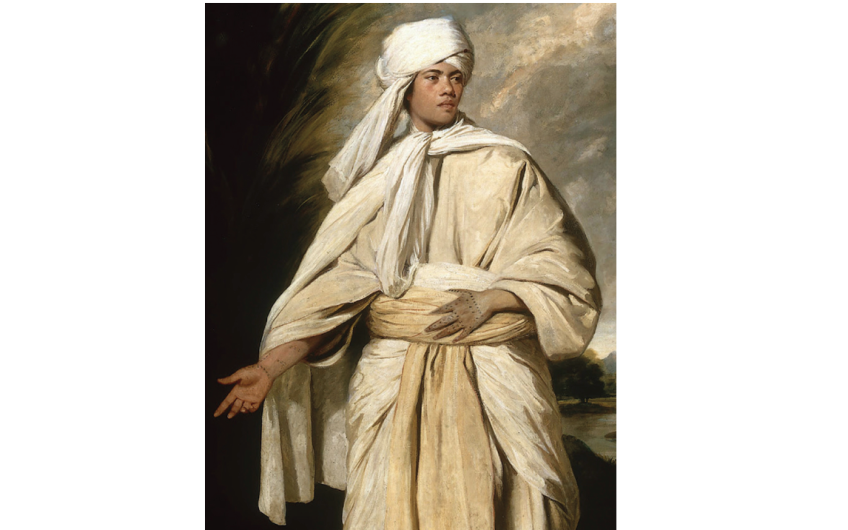 There have been calls for statues of Captain Cook to be taken down. David Horspool recalls the explorer’s trip Down Under

On 25th August 1768, a 39-year-old Yorkshireman put to sea at Plymouth. It was the moment that launched a career naval officer into the company of heroic navigators, to be mentioned in the same breath as the likes of Columbus, Magellan and Drake.

Almost three years later, when Lieutenant James Cook and his ship HMS Endeavour returned from the other side of the world, he had surveyed the two islands of New Zealand, claimed parts of Polynesia for George III and sailed into Botany Bay on the east coast of Australia – which he named New South Wales.

The expedition was also a triumph of astronomical observation – its primary purpose had been to observe the transit of Venus across the Sun – and of botanical and anthropological research.

Endeavour’s passenger list included Joseph Banks, a wealthy botanist who kitted the vessel out with the latest scientific gear and collected dozens of specimens. Cook’s encounters with the indigenous peoples of the islands he visited, including Tahitians, Maori and the Haush of Tierra del Fuego, were a mixture of mutual fascination and suspicion, occasionally punctuated by violent episodes on both sides.

Perhaps the most remarkable thing about Cook’s 30,000-mile journey was that he seems to have deemed it something of a failure. ‘The discoveries made in this voyage are not great,’ he wrote to the Admiralty, lamenting that he ‘had failed to discover the so much talk’d of southern continent (which perhaps [does] not exist)’.

In fact, as the first European to land in Australia, Cook had discovered a continental land mass known only to the indigenous inhabitants, but it didn’t correspond to seamen’s rumours of a Terra Australis which had prompted the Admiralty to issue him with a set of sealed, secret instructions to look for it.

Just over a year after arriving back in Britain, Cook set sail again, on a circumnavigation of the globe in a high southern latitude that he hoped would ensure he bumped into the ‘much talk’d of’ continent. This was the voyage in which he penetrated the Antarctic Circle and wrote that ‘ambition’ was leading him ‘not only farther than any other man has been before me, but as far as I think it possible for a man to go’.

On the same expedition, Cook’s fellow commander, Tobias Furneaux, took aboard Mai, a Society Islander who became known to Europeans as Mai (pictured), when he was brought to England, introduced at court, celebrated, pensioned and painted by Joshua Reynolds.

It was partly on a mission to return Mai to his island that Cook’s final, fatal expedition set sail in 1776. He was killed in Hawaii in 1779, in circumstances that have never been wholly understood, when a dispute over the theft of a boat turned ugly. The rituals to which the body was subjected – the flesh removed, the bones distributed among Hawaiian chiefs – have been viewed either as a sign of the great honour in which a man sometimes said to have been seen as the incarnation of a Pacific god was held; or as an insult to an explorer for whom violence had always been a last resort.

Probably it was just what Hawaiians did with the dead; they were happy to re-collect and return most of Cook’s bones when asked. The American senator who told the story about the Hawaiian queen claiming that ‘I have always felt a close link with England, since my ancestors ate Captain Cook’ was either misinformed or having a laugh.

Two exhibitions in London last year were inspired by the 250th anniversary. At the British Library, James Cook: The Voyages homed in on the navigational and scientific achievements of the great man, and the great men who sailed with him. They included several artists who left records of the people, landscape, flora and fauna that they encountered.

There is space for the ‘other’ side of this story, not least in the drawings and charts of Tupaia, a navigator-priest from Rai’atea, near Tahiti. But the emphasis, governed by the fact that Cook’s handwritten journal is the centrepiece of the show, is on the Captain himself.

At the Royal Academy, the Oceania exhibition used the anniversary to celebrate the arts of the Pacific regions he passed through. Cook was a faithful recorder of the sculptural marvels of Easter Island; and an admirer of the achievements of Polynesians who had journeyed, much earlier than he and in far smaller boats, over ‘almost a fourth part of the circumference of the globe’.

He would have thoroughly approved of the RA show.

The return of Knives Out. By Harry Mount

Oldie cartoon predicts the discovery of a 20,000-year-old mammoth fridge