My debt to Richard Ingrams - and Oldie lunches. By Anthony Lipmann 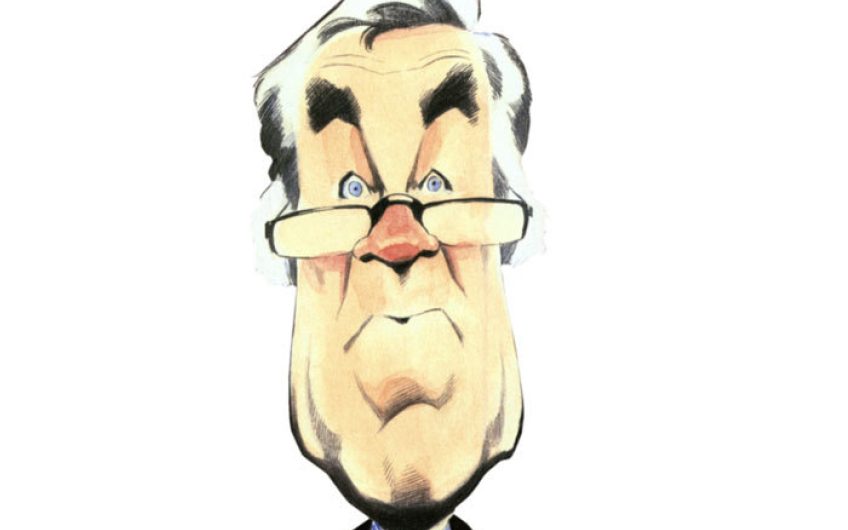 At Oxford, Anthony Lipmann got tips on editing from the Master

My first Oldie Lunch at Simpson’s was a gift from my wife for my 45th. That means it must have been about 2001. What could be better than mingling with the collective wit and wisdom of the old and wise, I thought? Of course, as I now know - being a proper Old Un - Oldies come in as many shapes and sizes as their younger counterparts. Some of them are apparently not dear old ladies and serene pipe-smoking gents at all.

I had encountered Richard Ingrams at University when he had come down (or up) to talk to our literary society. We met in something that appeared to resemble a bare and poorly lit classroom, and he was there to tell us a bit about the founding of Private Eye and little magazines, which interested me as I was editing one. At that time, he must have despaired of us, as almost no one asked a question. And when one of us did, Ingrams asked whether he had been primed. I think this was a strong feature of my era – no one wanted to appear a fool.

Our little magazine was usually typed out in my tiny room, situated above the quad where around 11 pm each night someone from the bar was dragged out to join the fishes in the pond. Everything was executed (which is probably the correct word) on an IBM golf-ball typewriter. Once typed, the articles were cut out and pasted onto card which we then proudly took down to Presto Print to be reproduced by off-set litho. The final magazine came out looking rather like Private Eye, despite the fact it wasn’t meant to.

But we thought we’d cracked it, and that perhaps a career in journalism awaited. Soon I was giving up all my term collecting articles, poems, pictures, cartoons, from my fellow students. We even had a short story competition, judged by Elaine Feinstein, to whom we sent the scripts where she lived in Cambridge. Seeing as we weren’t paying her anything, she was a bit miffed to have to read something approaching fifty unedited short stories, many of which were delivered in illegible ink, some of it green.

However, she graciously chose the winner and runners up, and returned to Oxford to talk about them and deliver the prize; which I think, from memory, was the honour of winning and getting the story published in our ill-fated magazine. Funnily enough, as a near contemporary of Ian Hislop, who was on the true path to greatness, and soon to succeed Richard Ingrams, we were competing with his magazine entitled Passing Wind. It was even smaller than ours in format but, like us, also made use of the new ubiquitous print-shops which were liberating us then just as Twitter and other social media have now done for this generation. For, what even we bottom-feeders were benefiting from, was the liberation of print from the clutches of the National Graphical Association. We thought of ourselves as pamphleteers in the tradition of those emissions from St Paul’s Churchyard of another era. Passing Wind was packed with cynical, knowing, and proto-Private Eye punch, whereas ours, called Envisage…well you can guess from the title.

Having said that, we must have done something right, if only via the fact that we bothered to do it at all. For when I attended a meeting of my old college London group at the Frontline Club a few years ago to hear a talk about journalism, one of the, at that time, lifers of The Sunday Times, brought along a copy of our little magazine to talk about where it all began for him.

But back to my first Oldie Lunch. As we entered the bar area, which is slightly below ground, Mr Ingrams was propping up one end with something that looked as if it might be a gin and bitters and I could barely contain my excitement. But it was to get even better.

I can’t remember all the guest speakers, but I do remember that one was Christopher Matthew, who had just written a book called Now We are Sixty. How we roared when he spoke of being stuck on the stairs and not remembering whether he was going up or coming down! Or at the joke he told about the husband who thinks his wife is going deaf and goes to the doctor to ask for advice. ‘Just stand at the door’, he is told, ‘and when she has her back to you, ask in a normal voice, "What’s for dinner?" If she doesn’t answer, advance a few paces until she hears.’ ‘The husband steps nearer and nearer. Nothing. Finally when he is right up behind her, she turns round blue in the face and shouts “Chicken! For the third time!”

I thought that joke was hilarious, and still do, even though now it ain’t only a joke anymore.

When the RAF went underground​​

Why New York gets so steamy