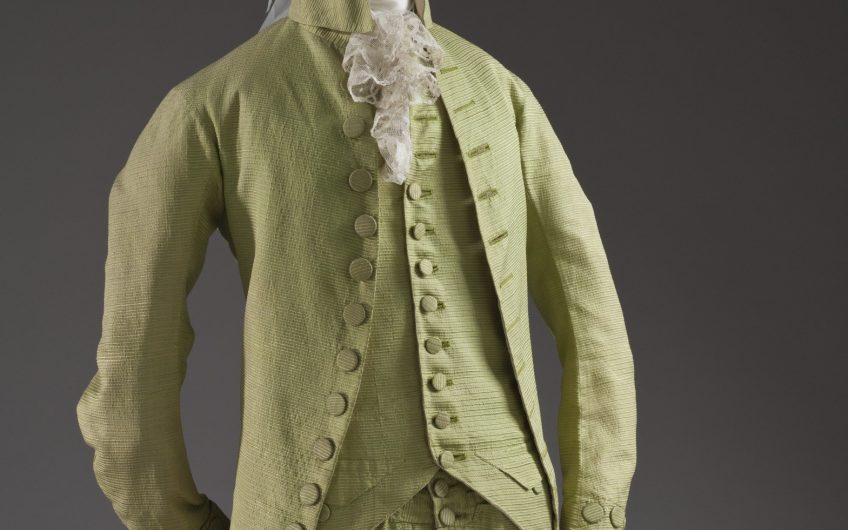 As Daisy Knatchbull opens the first women-only tailor opens on Savile Row, Harry Mount has a suit made by Tina Loder, one of the first female tailors on the Row

I recently walked along Jermyn Street – spiritual home of the gentleman’s suit – and noticed something shocking.

The jackets in the shop windows had lots of materials - tweed, cotton, wool – in all colours, shades and checks. But every single jacket had two buttons.

When did tailors get so boringly uniform? Why has the three-button suit – the classic style that dominated the 20th century – been wiped off the map?

As a diehard, three-button man, am I a fogeyish dinosaur, a walking Bateman cartoon – ‘The Man Who Wore a Three-Button Suit in the 21st Century’?

I seek solace – and a new three-button suit, in storm grey, 13 ounce birdseye wool - from Tina Loder, a tailor for over 30 years, and one of the few women tailors on Savile Row.

“We’re going through a two-button cycle, just as we went through a three-button cycle a decade ago,” she says, “Two buttons signal a casual informality and egalitarianism.”

But what if I don’t want to look casually informal and egalitarian? Unlike women’s smart clothes, men’s suits are so alike that you achieve tremendous effects by tiny changes, ie by varying the number of buttons. Remove those small freedoms and you’re imprisoned by convention.

60 per cent of Tina Loder’s tailored suits have two buttons – thank God, I’m not the last three-button man standing. But, still, that means the two-button invaders are dominating the world of bespoke suits, too.

“The two-button is bland and neutral, and so it’s not so easy to be judged on,” says Tina Loder, “It’s the opposite of a statement - David Cameron wears them all the time. The two-button is cooler but the three-button is definitely smarter. Still, no one wants to look smart. That’s why no one wears ties.”

The three-button suit came first. The modern suit is a descendant of the 18th century riding coat, which mutated into the morning coat in the 19th century. Riding coats and morning coats had four or five buttons. They morphed into the shorter Deeside coat - the early incarnation of the suit jacket as worn by Edward VII, which retained those four buttons.

The British dropped the fourth button just before the First World War. In the last episode of Downton Abbey, set in 1925, all the men wore three-button suits. Tom Branson, the perpetually cheery Irish chauffeur, had an off-putting habit of only doing up the top button.

The Americans went for three buttons, too, after the First World War. In the 1974 and 2013 films of The Great Gatsby, Robert Redford and Leonardo DiCaprio both wore three-button suits.

“In Sunset Boulevard in 1950, William Holden wore a beautifully-made two-button suit, but it helped that he had a very good figure,” says Tina Loder, “Don Draper in Mad Men had a lot to do with the current fashion for two buttons, too. The beautiful clothes and set design set off a fashion love affair with thin lapels and two-button suits. Every man secretly wants to look – and be - like Don Draper.”

I can see why every man covets Don Draper’s girlfriends – but his suit? Not me.

Three buttons dictate a certain cut. The break point – the point where the top button is done up – is that much higher.

No one wants the high-collared, Beatles-Jacket look. But that’s unlikely on a three-button suit because you never do the top button up; unless you’re Tom Branson or Alexei Sayle - who channelled the fat schoolboy look in the 80s, by doing up all his buttons.

“Three buttons is more exciting because it’s more formal - you can shape it more,” says Tina Loder, “You have to handle a two-button carefully to make it come off. Helmut Kohl wore beautiful two-button suits, even though he was built like a house. That’s so difficult because the suit on a larger man hangs almost horizontally.”

The alternative is the one-button suit, favoured on Savile Row by Huntsman, Richard Anderson and Oswald Boateng.

“The one-button is very difficult to anchor,” says Tina Loder, “You end up with a very long lapel, and the lapels are in danger of being broken - giving the appearance of falling off the shoulder. If you get it wrong, the suit flaps about all over the place.”

Tailors can always give you three buttons. But where on earth can you get an off-the-peg, three-button suit?

Searching for this sartorial unicorn, I roamed high and low through Mayfair and Savile Row. I found one place sticking to three buttons as its default, off-the-peg option: Cordings on Piccadilly, owned by Eric Clapton.

Only a really wild rocker could be so gloriously revolutionary.

Don't let the Moss Side shooting put you off Manchester