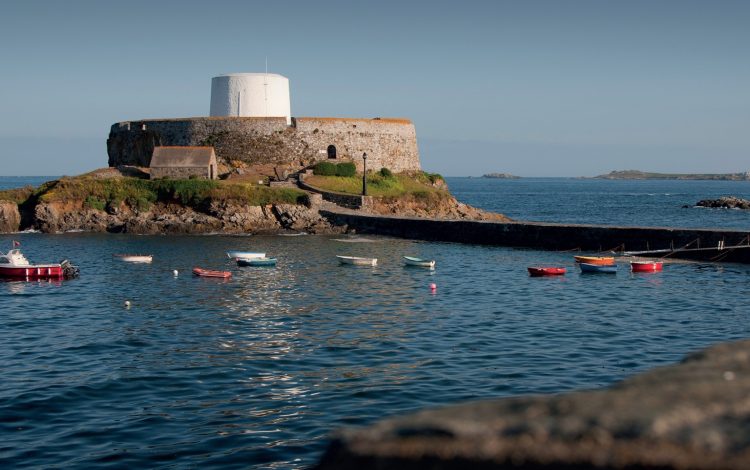 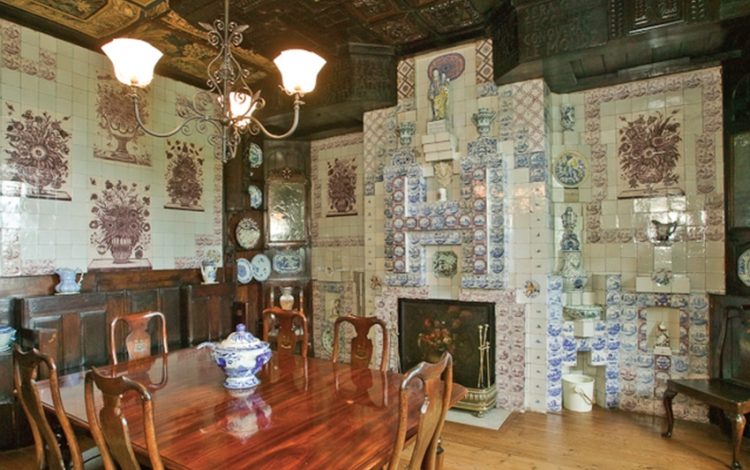 Fort Grey, in Rocquaine Bay, one of three Martello towers on Guernsey. It was built in 1804 during the Napoleonic Wars
Hauteville House in St Peter Port, once the home of Victor Hugo
View Full Size
1
of 1

Guernsey has many literary connections – but none more interesting than The Book of Ebenezer Le Page. By Nigel Richardson

Ebenezer Le Page is a real Guernseyman – hardworking and stubborn, with a good Guernsey name, who sprinkles his English with Norman French. He is also an invention, the narrator of a cult novel, The Book of Ebenezer Le Page

Genius Friend: GB Edwards and The Book of Ebenezer Le Page is a biography by Edward Chaney of Ebenezer’s creator, Gerald Basil Edwards. Edwards was also a Guernseyman – he was born in Vale, in the north, in 1899 – but his relationship to this sea-girt wedge of granite dangling off Brittany was the opposite of Ebenezer’s. Whereas Ebenezer left the island but once – to go to Jersey for the annual inter-island football cup – Edwards lived almost all his adult life in exile from it, in different parts of England, having been denied the family home under Guernsey’s perverse Norman inheritance laws.

It was a peripatetic existence in which early literary promise seemed to have fizzled out. Unwilling or unable to return to Guernsey, in 1967 Edwards settled in Weymouth – just about the nearest mainland town, as the boat sails – and in 1972, when he was 73, met Edward Chaney, an art student staying with his aunt for the summer. By this stage Edwards was living in a bedsit and working on the novel that became ###i

It took Chaney – who is now the Professor of Fine and Decorative Arts at Southampton Solent University – seven years to find a publisher. When Hamish Hamilton published the novel in March 1981 Edwards had been dead for more than four years, with few, bar Chaney, to note or mourn his passing. Then, somewhere in literary Valhalla, a failed hack became a minor genius. John Fowles was so taken with the novel that he agreed to write an introduction (which begins: ‘There may have been stranger recent literary events than the book you are about to read, but I rather doubt it…’); William Golding chose it as his Book of the Year; and the New York Times hailed it as ‘one of the best novels of our time’.

For Gill Girard, a local tour guide with a long island lineage, the voice and book ring true. She even has a childhood memory of one of the characters in it, a hermit called Steve Picquet who lived in an old German bunker he called ‘Onmeown’ (say it slowly) at Pleinmont. Ebenezer, she says, embodies ‘the typical characteristics of a Guernseyman – hardworking and stubborn’, and so accurate are the novel’s topographical references (remarkable given Edwards spent more than fifty of his 77 years away from Guernsey), that she has been able to put together an Ebenezer tour that takes interested visitors like me from the lovely sweep of Rocquaine Bay in the far south-west, the home of Ebenezer’s great love, Liza Quéripel, to the Chouet peninsula in the north-west where Ebenezer ekes a living from growing tomatoes and fishing, with ‘only the sea and the rocks to look at’.

In between you pass Lihou island, where Ebenezer and his friend Jim get trapped by the incoming tide (the tidal range on Guernsey is huge), Vale Parish Church (‘I have lived all my days to the sound of bells of the Vale Church, coming to me on the wind over the water,’ Ebenezer reflects), neolithic monuments and any number of old granite cottages that could have been the models for Wallaballo and Timbuctoo, the houses in which Ebenezer’s feuding aunts, ‘La’ Hetty and ‘La’ Prissy, live side by side.

Edwards would have been amused – at least on Ebenezer’s behalf – at the thought of literary pilgrims turning the old grump’s stomping ground into a tourist itinerary. For Ebenezer – and, by extension, Edwards himself – loathed the post-war development of tourism on the island. ‘Guernsey is a factory for the manufacture of tourists now,’ he says. ‘When I go to Town [St Peter Port] nowadays and see all the visitors about, it is as much like a bad dream as when the Germans was here.’

Few tourists, it has to be said, have heard of Ebenezer and his strange tale. He is well down the island’s writerly pecking order, behind Victor Hugo (whose astonishing house, Hauteville, you can visit in St Peter Port) and a novel about the Nazi Occupation called ###i

Ebenezer of course is reliably his creator’s mouthpiece – for Edwards’s views on the speed of change that turned Guernsey into an ‘island of ghosts and strangers’, read the old man’s curmudgeonly pronouncements. But on one occasion Edwards puts his feelings into a softer mouth, that of Liza Quéripel, who grabs Ebenezer with a sudden passion: ‘She had a grip of steel. She said, “I swear every day and every hour I am away from Guernsey, my heart is bleeding secretly to be back.” ’

Book bespoke tours of Ebenezer’s Guernsey with Gill Girard through her website (gillgirardtourguide.co.uk). You will need your own transport. ‘Genius Friend: GB Edwards and The Book of Ebenezer Le Page’ by Edward Chaney is published by Blue Ormer (blueormer.co.uk) at £19.99. ‘The Book of Ebenezer Le Page’ is published by the New York Review of Books in its NYRB Classics series (nyrb.com) at £10.99. The Press Shop at 8 Smith St, St Peter Port is always well stocked with copies and also sells a map of the novel’s locations for £25.