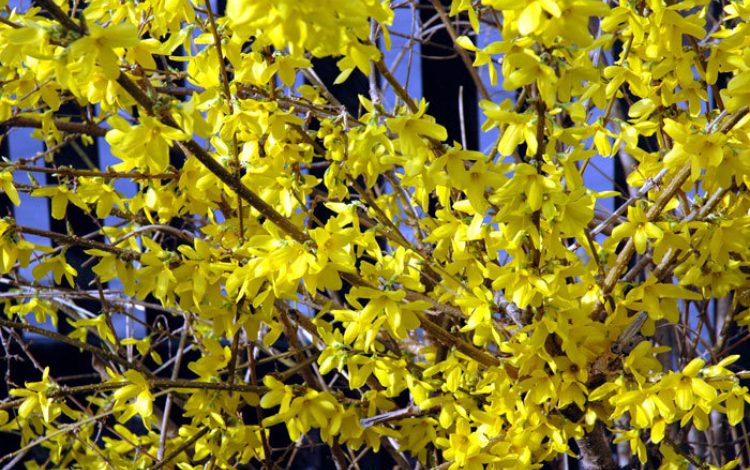 Every enthusiastic gardener will be enticed by the inclusion of Latin in the title of this book. Most of us are not Latin scholars or indeed trained botanists but, day by day, we need to consult and understand the meaning of both the generic and species names for our plants.

Luckily for us, there are numerous dictionaries that do just that. Parker does not include the term ‘dictionary’ in his title: nevertheless we will use his book, a history of the development of plant names over centuries from the 1st-century Greek Dioscorides to the work of our latest scholar William Stearn, as a reference book.

I own at least four dictionaries of plant names. My favourite is A Gardener’s Dictionary of Plant Names, originally compiled in 1963, but later revised and enlarged by Stearn in 1972. Stearn is my botanical hero; so I am glad to see that Parker lists his Botanical Latin (first published in 1966) in his bibliography.

I also cherish A T Johnson’s Plant Names Simplified: Their Pronunciation, Derivation and Meaning (1931), a much smaller work which also inspired this book. These dictionaries have been updated and revised over the years, especially to confirm new generic names we use today. With these books as the background to Parker’s shortened, modern version of a dictionary, we can be confident of his reliability.

Parker’s Little Book of Latin is not intended to be a dictionary with a comprehensive alphabetical index. It is much less than that, but it is also more. He does list genera and species but only in a few short pages at the end of his subject-orientated eight chapters, giving examples relevant to each topic.

It is in these chapters that he shines. In each of the chapters – History, Essentials, Spectrum, Atlas, Anatomy, Bestiary, Eponyms and Miscellanea – he elucidates how plant names relate to his subjects.

In the first, History, he points out that botanical Latin can be entertaining rather than off-putting, and recites historical stories of how plants got their names. He writes fluently, delving into fascinating details that immediately absorb the reader. In the succeeding chapters he continues to make serious history palatable, an antidote to the scholarly Latin that is an indispensable part of plant identification.

He gives examples of multiple names that existed for many plants and were used until the binomial nomenclature was adopted in the 18th century. He feels that ordinary gardeners can enjoy unravelling ‘meanings’ through their historical background.

His carefully chosen alphabetical plant lists are useful once the reader has established the relevant chapter. For instance, in Atlas, one of my favourite chapters, Parker divides his plant lists between general, habitat and named geographical regions. This is an invaluable guide to viability in one’s own garden.

In Anatomy, the names are divided between parts of the body, medical terms, taste, smell and touch. His skill lies primarily in the content of each chapter but nevertheless his lists are useful.

I have some general quibbles. Beside history, genera and species, I want a list of vernacular names – those of the wild flowers with which we have been familiar all our lives.

At the same time, could we have a comprehensive alphabetical list that includes not only the plants he mentions but also other items? When I pick up a new book, it is the first thing I look for. And there is no index. A great lack, I feel.