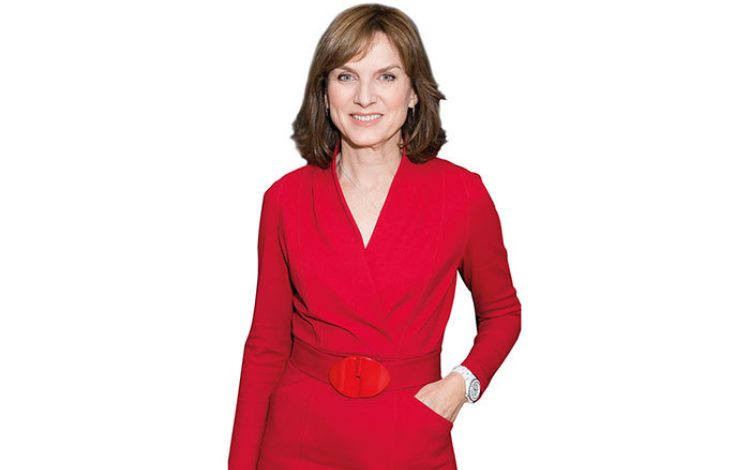 Soon after I became the editor of Esquire magazine in 1992, I was asked to take part in Radio 4’s Any Questions?. The venue was a girl’s school in Essex. I was paralysed with fear and dry-heaved in the lavatory in the minutes before going on. The fear stayed with me throughout the 45-minutes-long, live discussion. Afterwards, I could remember almost nothing about what had happened. But clearly I had passed some kind of test and I was soon asked to appear on Question Time.

I said yes because I was flattered and because it was important that women didn’t duck this gladiatorial experience.

In the days running up to the programme, I frantically read every paper and weekly magazine, cutting out hundreds of articles and opinion pieces. I would pile all the opinion pieces about a subject together, read them and figure out what I thought. In the days before Brexit became the single source of questions, the options were wider. It wasn’t just the top story on the news.

When you do Any Questions? – which goes out live at eight – you all have supper before the show. It is a pretty horrible experience. Everyone is nervous. No one wants to express an opinion in case another panellist steals it. The only person who enjoys it is Jonathan Dimbleby – he always ate heartily while the rest of us shuffled our food round our plates. Once the show began, though, it moved at an extraordinary speed, leaving you euphoric at having survived, and full of bonhomie – which was so extreme one night that, on the journey back to London, while we shared some unpleasant service station sandwiches, I offered Ken Livingstone the job of restaurant critic of Esquire.

Question Time presented by David Dimbleby – is recorded two hours before transmission. They do this to ‘protect’ from libels and swearing. In reality, it runs as if it’s live, with all the adrenaline that implies.

From the mid-90s until 2003, I appeared on the show regularly. I learnt a trick from Labour MP Barbara Follett: start a document on Sunday, based on the big news stories. Add to this document every day, building on the stories, always adding your own point of view. Make sure to check the tabloids and see which way they are moving. Early on Thursday morning, check the political weeklies. Every day, watch Channel 4 News and BBC News and listen to Today, World at One and PM. Find out what are the big local issues for the region where you’re recording the programme.

Sometimes, something I said ended up in the newspapers. But, even in the early 2000s, there was no social media to deal with. When it was over, it was over. It also seemed more serious. There were only four guests – three politicians and one ‘outsider’. Even if the politicians did speak from their party hymn sheets, the audience actually learnt something by the time Dimbleby said goodnight.

In recent years, Question Time has fallen victim to the entertainment culture that dictates most BBC output. Three politicians and one ‘member of the public’ aren’t sufficiently ‘fun’. Regulars such as Nigel Farage, Kelvin MacKenzie, Piers Morgan and Julia Hartley-Brewer inject controversy and bile, doing little to help the public understand politics. Diane Abbott appears to be the target of 75 per cent of all the abuse received by MPs. Why put her through it – because we love to have someone to hate? Why does she put herself through it?

Question Time, in 2003, I travelled to Carmarthen to appear with Simon Heffer, Tim Yeo and Ron Davies. Ron was in a spot of bother: he’d been ‘disgraced’ following a ‘moment of madness’ on Clapham Common. He was shortly to have another moment of madness at an M4 service station, when he said he’d been ‘looking for badgers’.

So why were we both there? It certainly wasn’t for the money – the £100 fee, given the amount of work, comes out at around £2 an hour. I was a bit down on my luck – I had left the Express 18 months earlier and I was floundering. Ron wasn’t doing too well, either. Both of us, I guess, thought an appearance on Question Time might revive our flagging fortunes.

I was asked again, fairly regularly, over the next few years. But after you’ve said no more than a few times, your name is scratched. Now the thought of joining that bear pit is unthinkable.

It’s not all Dimbleby’s fault – he’s polite, courteous and well-informed and has the charming habit of writing every guest a hand-written thank you – but I’ve often wondered why he didn’t throw his considerable political weight about and say, ‘Enough is enough.’ It’s time to throw out the shouty C-list celebs and cull the audience of opinionated bigots from either end of the spectrum.

Will Fiona Bruce make the changes? If she does, it’ll be too late, I fear, for me.

My summer of love