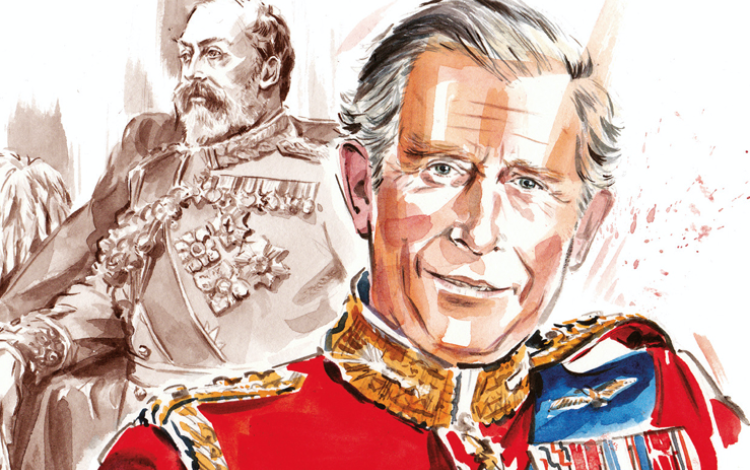 Tom Bower claims to be a committed monarchist but, in Rebel Prince, he has done his best to besmirch Prince Charles and prove him unfit to be king. The book, which has been serialised exhaustively in the Daily Mail, tells the story of Charles’s fightback after Diana’s death and his campaign to rehabilitate Camilla, marry her and ultimately make her queen.

Charles’s court is portrayed as locked into a feud with Buckingham Palace. The Queen allegedly refused to forgive ‘that wicked woman’ Camilla for destroying Diana’s marriage. Charles and Camilla retaliated by demythologising Diana and portraying her as sick and mentally unbalanced.

Bower has never met Prince Charles. He claims his sources are 120 people directly connected with the royals, but these people are not named ‘for obvious reasons’. The interesting thing is that so many people who once worked for Charles are prepared to talk to journalists like Tom Bower.

The Queen’s household is still governed by a strict code of secrecy and loyalty, and her courtiers’ lips are tightly sealed. In the years immediately after Diana’s death, Charles’s household seemed to leak like a sieve. Buckingham Palace saw it as a vipers’ nest. Servants such as Paul Burrell the butler were able to do immense damage because of the secrets they knew about Diana. The masters of the art of spin recruited by Charles to manage the media had no time for the ways of stuffy old courtiers, and they were very hard to control. Surely no court in modern times has been so disloyal. ‘Nobody knows what utter hell it is to be Prince of Wales,’ groaned Charles, but many of his difficulties were of his own making.

Bower’s remorseless narrative of plots and intrigue suggests that these personal vendettas absorbed all the time and energies of the Prince of Wales. Charles’s punishing schedule of 600 public engagements each year is barely mentioned. His charities are dismissed – in fact, he is roundly criticised for his successful methods of extracting money for his good causes from the super-rich.

Many of the stories are not true. The tale that, at Highgrove, where Charles refuses to use pesticides, four gardeners are employed to lie flat, nose down, on a trailer towed by a Land Rover, plucking out weeds, has been denied on good authority. But the story of Charles shrieking with horror on first seeing clingfilm is surely authentic.

Perhaps the real problem with the book is Bower’s failure to grasp that being the oldest Prince of Wales in British history is not an easy job. The closest historical parallel is Charles’s great-great-grandfather, King Edward VII (Bertie). Like Charles, he was the son of a long-lived matriarch who refused to share power, and he had to wait until he was 59 before becoming king.

Charles’s extravagance pales into insignificance besides Bertie’s. Charles toys with a perfectly boiled egg, eats no lunch and once apparently devoured a whole truffle himself in front of his guests who expected to share it. Bertie, nicknamed Tum Tum, wolfed down dinners of many courses, was never seen without a cigar, and was said to retire with a cold chicken beside his bed which was always bare in the morning.

Prince Charles’s visits to friends are heralded by the arrival of his staff with a truck containing furniture, his pictures, his loo seat and, on one occasion, his orthopaedic bed. Bertie was far more demanding. His hosts were expected to lay on a week of lavish entertainment, including at least one ball, and, if necessary, to build a ballroom and install a bathroom. Many of them bankrupted themselves by having him to stay.

Charles has thought long and hard about his role as Prince of Wales. He has championed causes such as classical architecture and global warming, and he has been spectacularly successful in his charities. Bertie did none of this. His role as Prince of Wales was to act as social sovereign, the leader of London society, and this exposed him to endless temptation. He had a string of mistresses, and he was forced to appear twice in court, once in a divorce case and once over the Tranby Croft gambling scandal. Charles’s fussy habits, such as requesting his valet to squeeze out his toothpaste, seem harmless eccentricities by comparison.

The media would have slaughtered Bertie today. Nicknamed King Edward the Caresser, he came to the throne amid very low expectations. But to the surprise of many he turned out to be a popular and successful modernising monarch. Thanks to people like Tom Bower, Charles’s accession may be met with low expectations as well. But if Bertie’s experience is anything to go on, this could turn out to be an advantage. Like Edward VII, King Charles III will surprise us all.