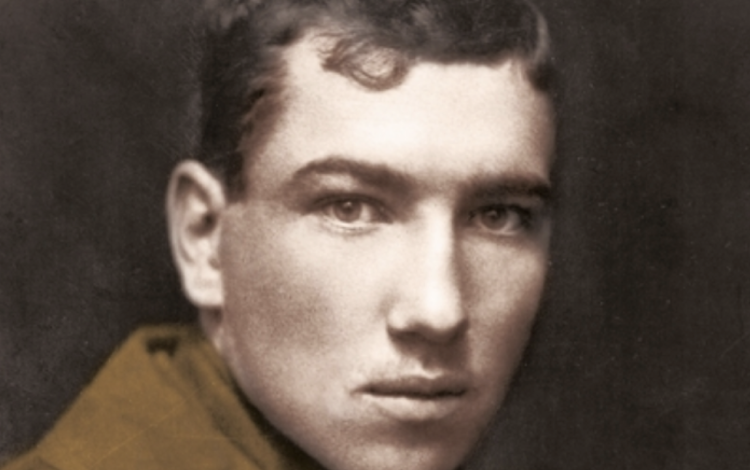 Robert Graves became his own first biographer at 33, a significant age for a man who believed he had died and been resurrected twice.

Since then, there has been no shortage of lives of Robert Graves. Two came out in 1995, which seems recent to me. The justification for the present book – which covers Graves’s childhood, war, first marriage and elemental affair with the poet Laura Riding – is to restore primacy to Graves’s war poems, suppressed by him until his death, and the place of the First World War as the governing event of his life.

Graves’s response to the war runs counter to the expected curve. As early as 1915, when Sassoon was still writing patriotic anthems to the moral hygiene of warfare, Graves shocked him to his boots with ‘bad, violent and repulsive’ descriptions of the carnage and waste that he saw. But later, despite a clear sense of the war’s mismanagement, and despite being shot in the chest and left for dead, he upheld the belief that ‘an officer and a gentleman’ doesn’t go public with criticism (as Sassoon famously did) and keeps his chin aloft. When discharged from hospital, he returned to the front, feeling ‘disgustingly military’.

Like every other war poet, Graves recognised that the war put paid to Victorian poetics. His own first response was to reach back for the simple language: ‘I used to speak as a child of nine’ – a retrograde impulse in literary as well as personal terms, reminiscent of the manifesto of Wordsworth and Coleridge for Lyrical Ballads. Perhaps consciously so: in 1917, he and Sassoon spent a fortnight working on a joint project, soon abandoned, modelled on that work. There’s a lot of Romanticism lurking in Graves’s war poetry. Even his sense of a suprarational agency at work behind poetic creativity, though sharpened by contact with Freudian dream theory, evokes the Wordsworthian ideal of a creative trance: ‘When the light of sense/ Goes out, but with a flash that has revealed/ The invisible world.’

His war verses aren’t his best. Moorcroft Wilson may succeed in restoring Graves to anthologies where he has been thinly represented, but she may not find he shines in that company. Where she is on more promising – and very interesting – ground is in showing how the war unhinged him, and what it did to his love poetry.

Love poetry was a casualty of the First World War. After it, the old tropes and images – lips and eyes and smooth white limbs; parting, swooning, groaning, dying – were shadowed by a dreadful twin from the bottom of a trench, impossible to shake from the mind’s eye. Death settled easily on the imagination of the anyway superstitious and now shellshocked Graves.

A poem he wrote about the patchwork quilt of his first wife, Nancy Nicholson, shows that quaint image, the embodiment of a domestic happiness composed from remnants of personal history, dissolving as he stares at it ‘aghast’ and re-forming as ‘certain muddied khaki scraps/ and trophy fragments of field grey/ Clotted and stained that shout dismay/At broidered flowers...’

Death and love were at odds; a seeming impasse. But they would be reconciled in the person of Laura Riding, a Rasputin-eyed necromancer, poet and termagant. She went out to Cairo as Graves’s secretary and came back with him in tow, ‘bewitched and bitched’, according to his friend T E Lawrence, with the priggish censoriousness of the cult follower kindled in his breast.

Riding was as soaked in death as he was but she made it all right. She turned it into sex. Her idea of perfect intimacy was to live ‘as dead, beyond event’. Her intention was to ‘stop TIME’ (sic), a project requiring the total servitude of both Graveses; plus, when that palled, a handsome poet named Geoffrey Phibbs to share the bed. When Phibbs escaped and refused to return to their ménage, she stepped out of a fourth-floor window, closely followed by Graves.

This episode has been written up before, most insightfully by Frances Wilson in Literary Seductions (1999). Moorcroft Wilson, who appears to be one of scholarship’s Roundheads, has done an admirable job of unpicking the lies and revisionism in her subject’s self-serving accounts of it. Graves, as she points out, displayed a ‘cavalier attitude to the facts’, and here is the antidote for that. Whether this makes her his ideal biographer is another matter.

How did Churchill and Attlee get on?