Back to university - at 62 - Nicola Foote 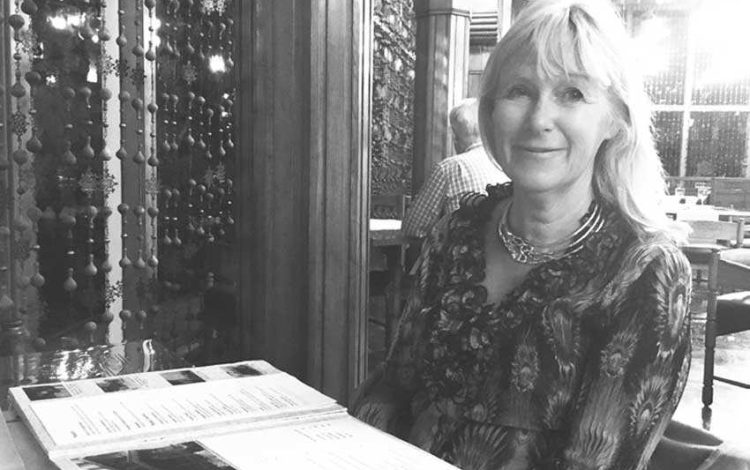 It's never too late to learn. Forty years after graduating, Nicola Foote, 62, is thrilled to be returning to university rather than isolating at home

It's never too late to learn. Forty years after graduating, Nicola Foote, 62, is thrilled to be returning to university rather than isolating at home

There’s an online seminar today, one of the highlights of my academic week. It runs from 12 noon until 1.30. So it could potentially clash with an impromptu early afternoon nap, but these seem less common these days, possibly because the old brain has been livened up by all the studying. And at least I’m not one of the overseas online students where it would finish at 12.30am, which is way past my bed-time.

I am well prepared for my seminar as I have carried out extensive research like the good post-graduate Research Student that I am. First, get the lighting right; too much shows up the wrinkles. Secondly, tilt the laptop so the camera picks up my best side. Thirdly, support my head in my hands, thereby giving the effect of not only intelligence but also an instant facelift. I look almost passable. I am now a Master of Zoom, if not Social Policy.

Voting has finished in the US elections but both sides are claiming victory. It’s much tighter than I expected. That said, I’m not wholly surprised. It must be a difficult choice. Who do you vote for, the somewhat erratic 74-year-old Trump or the somewhat forgetful 77-year-old Biden, who will be 78 this month? My inner actuary is calculating the chances of either of them making it to the end of the four-year term.

I do wonder why male politicians carry on for so long. Perhaps it’s the fear that no-one else will employ them. It’s a stark choice, President of the United States or the dole queue, I guess. They could always come along and do a postgrad at the University of York with me. I would love to hear Donald’s views in our Social Policy seminars as to why he considered injecting yourself with disinfectant an appropriate Health Policy.

The ages of the presidential candidates remind me that by comparison I am still a youngster. And it’s a beautiful day to walk the dog here in Yorkshire.

It’s Bonfire Night. Nevertheless, there won’t be any large organised bonfires today, presumably just families in their gardens with rockets and sparklers, if their fear of ending up in A&E and catching the dreaded virus hasn’t put them off. I still have fond memories of my dad being chased across the lawn by an errant Catherine Wheel.

As well as being Bonfire Night, it’s also the first day of Lockdown 2. Hopefully no-one will try to burn down the Houses of Parliament in protest. I’m not wholly locked down though as I am a University Student. I can travel to lectures and tutorials, brandishing my University card as I go. It’s a bit like the Get Out of Jail Free card in Monopoly.

It’s a very busy day as we’re still awaiting the results of the US election too. It might take some time. It reminds me of the Tito Sweepstakes in my last year at Warwick. Every day the radio announced that Emperor Tito’s death was imminent, but it never actually happened, and in the end me and my flatmates all picked a date and placed our bets, nearest to date of death taking all. I was already clearly destined to be an actuary.

I take the dog out prior to continuing my studies. “It’s a very strange Bonfire Day,” I mention to a follow dog walker.

“Aye, it’s not raining,” comes the response. I do like living in Yorkshire.

Armistice Day. What a difference a week makes. Trump looks to be out (not physically yet, that might prove entertaining, providing he doesn’t do anything too mad), and Biden is in. It looks like there’s a working vaccine, which has helped this struggling student no end in terms of my pension funds. And apparently students are to go home for Christmas in an “evacuation-style operation”. I have news for the government. An awful lot of UK students are already at home, having fled back there at the first announcement of the second lockdown. I do hope they do something for the poor overseas students trapped here though. I’d bake them a Christmas Cake if I had flour. Why people hoard that rather than alcohol is beyond me, so perhaps I am now truly a student.

The neglected face of English art