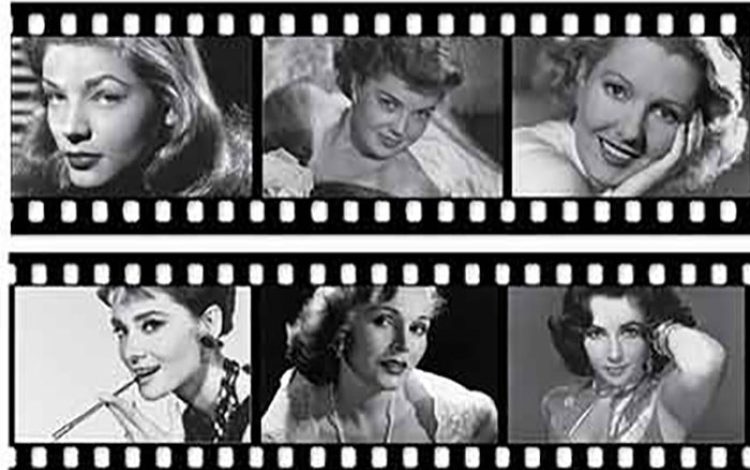 Until now I have never spoken of my dalliance with Audrey Hepburn.

At the time I was married to my present wife and, in disclosing the following account of that far-off episode to the prurient perusers of this popular periodical, I have sought her reluctant approval.

Ever and anon, in the final decade of the last century, I lived in Los Angeles, the cultural capital of the Pacific.

Ever and anon, in the final decade of the last century, I lived in Los Angeles, the cultural capital of the Pacific. At the time, one of my best friends was the famous hostess Connie Wald: elegant, gracious, with flowing white hair below her shoulders, she was the widow of the producer Jerry Wald (Key Largo, Mildred Pierce, An Affair to Remember) and one of the prototypes of Sammy Glick in Budd Schulberg’s 1941 novel What Makes Sammy Run?

Connie’s ‘salon’ included Betsy Bloomingdale and Nancy Reagan and, not seldom, there were the screenwriters Ivan Moffat and Gavin Lambert and the Irish-Canadian novelist Brian Moore.

Present also were the ghosts of the old Hollywood elite, and if I sat down in a comfortable chair in the large old-fashioned cinema room, Connie might exclaim, ‘My, Barry loves Groucho’s favourite chair.’ Or ‘Oscar Levant always noticed that Lautrec, Barry.’

It was always very flattering to be in Connie’s company on Bedford Drive. She gave us all the warm, fuzzy feeling of being at the centre of the real Hollywood, to which the rest of LA was but the drab periphery.

Connie’s house, modest beside the stuccoed porticos of her grandiose neighbours, was an original white clapboard two-storey farmhouse, with a white picket fence – one of the original houses on the flats of Beverly Hills.

Behind her home, she had a simple but comfortable guesthouse where Audrey Hepburn used to stay. ‘She’s a big fan of yours, Barry,’ Connie would say, annoyingly. Audrey was never staying there when I visited, but I imagined her. Vividly.

The only other ‘salon’ that might be compared to Connie’s was in the Valley, on a leafy street in Studio City.

It was a boxy fifties home, overgrown with the creepers and with the ubiquitous pool, belonging to that whilom juvenile actor Roddy McDowall, child star of National Velvet, How Green Was My Valley and many other movies of the forties and early fifties. I remember seeing Roddy as a boy when he starred with Monty Woolley in Nevil Shute’s wartime movie The Pied Piper.

The first thing I noticed in Roddy’s hospitable house was a warmly inscribed photograph of Stravinsky, in the guest loo. At his Sunday-evening soirées, you might dine with his old co-star Elizabeth Taylor, or with Maureen O’Hara, Anjelica Huston, Dennis Hopper or Esther Williams.

‘What was Jean Arthur [or Mary Astor, or Irene Dunne] like?’

On one memorable night, his neighbour, the screen cowboy Gene Autry, appeared.

As a boy, I had possessed his pearl-handled pistol. The pearl wasn’t real, but the pistol, which could be loaded with caps, was one of Gene’s most successful items of merchandise. Almost real, like in the movies. I even had his recording of South of the Border, a hit song from late 1939 and constantly played on our family wireless. I always associated it with the war, just begun.

Roddy told me that his mother had often taken him to the movies when he was very young and, when he became a child star, or ‘moppet’, he was astonished to discover that most of his screen idols were still alive and moreover surprisingly young. He became the self-appointed carer for older and sometimes forgotten stars from the early days of Hollywood and would take soup to nursing homes, and the gift of his immense kindness.

One night at Roddy’s, standing at the buffet, cautiously spooning dollops of a cartilaginous curry onto our plates, Lauren Bacall said to me, ‘The food here is always a crock of shit, but we come for the guests – or most of them.’ I was left to wonder into which category this beautiful woman had consigned me.

At some time in the late eighties, Dame Edna ‘interviewed’ the Hungarian actress and personality Zsa Zsa Gabor.

The famous star so enjoyed the experience that when I was living in LA, Zsa Zsa threw a party in my honour, naively supposing I was a celebrated personage myself. Her old Hollywood friends obediently attended, and a couple of entertainment channels sent camera crews. I suspected Zsa Zsa had sold the party to cover its costs, which, as it turned out, would have been exiguous.

When Vincent Price arrived with his wife, my mother’s old school friend the actress Coral Browne, there was a blaze of camera lights, which quickly subsided when my wife and I appeared on the Gabor doorstep. Who were we? Gatecrashers? Overdressed catering staff?

Zsa Zsa had married a nice fellow, her ninth husband – who, according to malicious gossip, had been her hairdresser. A grateful and elderly Austrian client of his had adopted him so that he could acquire her title. (All Austrians are titled, with the exception of Hitler.) So now our celebrated hostess called herself the Princess Von Anhalt.

Few of our friends turned up that night, suspecting a hoax, since the invitations – in pencil on a scrap of lined paper – contained several serious misspellings. Zsa Zsa showed us over the house, which was filled with portraits of herself, though unlike the narcissistic collections of Helena Rubenstein and Suzy Solidor*, hers were in the chocolate-box school.

The only food on offer was provided by a very large and impressive vending machine on the terrace. Behind its glass front, frankfurters impaled on silver spikes revolved, and at the touch of a button these prosaic delicacies would be extruded when required by peckish guests. To persuade her bewildered friends of my importance, she had arranged for a large TV screen to display that section of Dame Edna’s TV show in which Zsa Zsa appeared, but the mechanism broke down.

Coral Browne muttered to me, ‘Sorry, darling, but Vincent and I have had enough – we’re fucking off’.

In an attempt to rescue the event, the Princess importuned a very reluctant Kathryn Grayson to sing, without accompaniment, After the Ball Is Over in her tremulous coloratura.

A man approached me, introducing himself as Don Lebowic. His next remark startled me. ‘What would you do, Professor Barry, if I told you to fuck off?’

Taken aback, I answered, ‘Oh. I suppose I would go away.’

‘Grrrrreat!’ he exclaimed, his face now wreathed in smiles. ‘And in that case, Professor, don’t leave the country. I’m gonna subpoena you.’

I might have asked why. It appeared that, a couple of days before, Zsa Zsa had been involved in a traffic incident on Rodeo Drive, resulting in a small abrasion to somebody’s Porsche. The traffic cop arrived on the scene to be met by a cataract of protestations of innocence from the famous movie star.

Unable to get a word in edgeways, the exasperated traffic cop told her to ‘fuck off’.

So she did. She got into her Rolls and drove away – only to be arrested and taken to prison for leaving the scene of an accident.

Several chastening hours later, Don Lebowic sprang her from prison. His task was now to prove that ‘fuck off’ means ‘go away’ – not just ‘shut up’. But Zsa Zsa was already basking in the headlines of the LA Times. At the party, she made a long speech to the gathered throng about her fear of incarceration. ‘But, dahlinks, all those lesbians, zay vill pounce on me … zay vill never leave me alone!’

So why had Don Lebowic, her attorney, pounced on me to appear in court for the defence? Apparently, I had been on Irish television a very long time in the past, discussing colloquial English. Somehow, Don had taken this shred of information and turned me into a distinguished professor of philology who could adjudicate on the complex meanings and interpretations of ‘fuck off’, and its Hungarian variants.

Admittedly, an English accent, even a colonially corrupted one like mine, goes a long way in Hollywood.

One evening, in black tie, we attended a private event in the Versailles Room at the St Regis Hotel in New York. It may have been an AIDS benefit dinner, or at least an occasion that attracted a theatrical crowd.

I had been to that illustrious hotel only once before, in the 1960s, when I was forcibly abducted by Gala, the wayward wife of Salvador Dalí. It was a remarkable episode, and if the editor of The Oldie were to enhance my fee, it is an episode that would profoundly interest my readers.

My wife and I left early and just as we entered the lift, I saw across the carpeted expanse outside the Banqueting Room a small group surrounding the unmistakable figure of Audrey Hepburn.

As the elevator doors slowly closed, she saw me. She recognised me.

She ran towards the bank of elevators. She thrust her face between the inexorably closing doors and kissed me softly on the lips. Then she was gone.

Perhaps, my dear readers, one of the great romances of the 20th century had been brutally thwarted by Mr Elisha Otis.

*Lesbian chanteuse and nightclub hostess on the Côte d’Azur