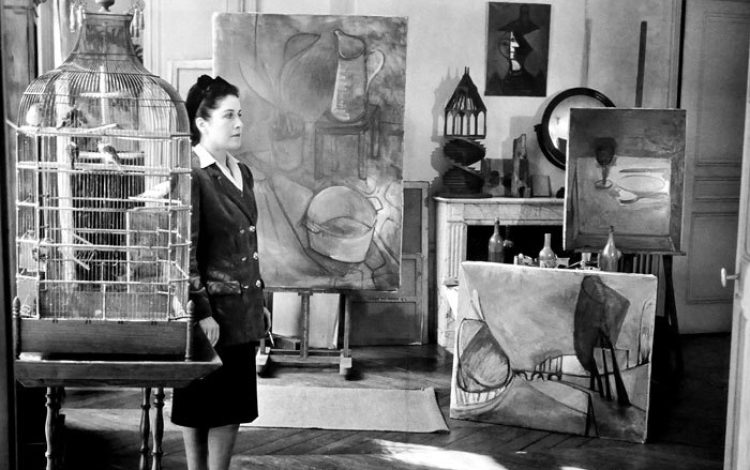 Dora Maar, Picasso’s model and mistress, photographed by Brassaï in her studio, 1944. After they split up, she went on painting
View Full Size
1
of 1

The Surrealist photographer Dora Maar died in July 1997, aged 89, having been a virtual recluse for many years.

The news of her death caused a clerihew to float into my mind during a morning bath:

Acquired a canvas so

He threw away his guitar

In truth, though, it was her career that was jettisoned.

In autumn 1998, her collection was sold in a remarkable series of auctions in Paris, including ten Picasso paintings, 50 drawings and a trove of prints, books, manuscripts, photographs, objets trouvés, painted bones and stones, as fspanwell as jewellery he had decorated for her.

She had been Picasso’s model and mistress between 1936 and 1945, and she never got over his abandonment of her for a younger beauty. She turned her Paris apartment intro a shrine to her lost love, and virtually gave up photography for many years. She continued to paint, at first inevitably in a manner reminiscent of his, but later escaping to abstraction and figurative work.

Born in 1907, Theodora Markovitch was the daughter of a Croatian architect and his French wife and was brought up in Argentina, where her father was working. On their return to Paris in 1926, she studied art and photography, notably at the Académie Julian, which treated women equally with men. She also studied with the Cubist André Lhote.

She plunged into the avant-garde and left-wing art world and developed her own Surrealist style in gelatin- silver photographs, collages and photomontages. Surrealism also seeped into her work for advertisements and fashion magazines, as well as social documentary studies.

One of her most celebrated images was the Portrait of Ubu, which she showed in the London International Surrealist Exhibition in 1936. The title comes from Jarry’s scatalogical play Ubu Roi, and the image is in fact an armadillo foetus in a preserving jar. It is one of nearly 500 works in this show, which has come from the Pompidou Centre to the Tate and will go on to the Getty Museum in Los Angeles in April.

For much of their time together, she had to share Picasso with Marie-Thérèse Walter, and even though he bought her a house at Ménerbes in Provence (paid for with a still life), in 1946 it was there that he went to stay with his new mistress, Françoise Gilot.

There, in her seventies, Dora Maar returned to photography. It was also there that her painting eventually broke free of Picasso.