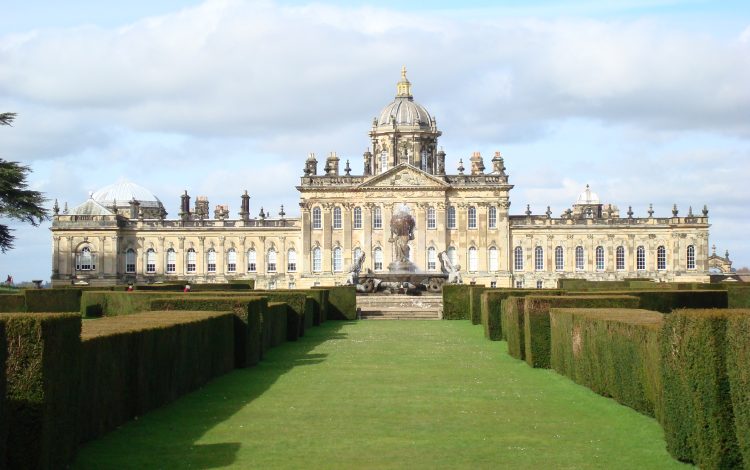 Had I been born two years earlier, I would be as old as Brideshead Revisited, published 75 years ago! Still, I’d rather be younger.

One sunny morning in 1979, my agent asked me to read for a new series, Brideshead Revisited. My heart leapt – I adored the book at school. I dared to ask the question: which part?

‘Oh God, isn’t that the queer guy with the stutter?’

‘The very same,’ responded my agent.

I went off to meet the director, the classically handsome, cigar-smoking Michael Lindsay-Hogg; the producer, the charmingly effusive Derek Granger (who turns 99 on 23rd April); and the casting director, Doreen Jones. She didn’t want me for the role! There was no reading at all; just an informal chat and an invitation to a screen test in Manchester.

I found Blanche’s stutter a genuine challenge. When the screen test happened, I just went for it, and found my eyelids fluttering with each stutter.

They said they’d be in touch the next day. I wandered back to the station, where I bumped into Lindsay-Hogg.

On the train, he declared, ‘You’ve got the part – so you can relax and we can chat all the way back to London!’

The next morning, I received from Derek Granger a huge package of letters and articles about Waugh’s contemporaries, including Maurice Bowra, Peter Quennell, Bryan Guinness and Harold Acton and Brian Howard – the two inspirations for Blanche.

The best information came from the puppet master himself, Mr Waugh. His first description of Blanche includes ‘part Gallic, part Yankee, part perhaps Jew: wholly exotic’. That gave me a huge canvas on which to paint.

Acton and Howard had been rivals at both Eton and Oxford, both vying for the title of ‘aesthete par excellence’. Like Blanche, Acton had stood on his balcony at Christ Church, declaiming Eliot’s The Waste Land through a megaphone to the ‘meaty boys’ walking below; as an undergraduate, Howard varnished his finger and toenails. When he was an AC2 in the RAF, he dragged up at weekends and worked as a waitress at the Ritz.

By the time I played Blanche, Howard had been dead for 21 years, and Acton locked away in his beautiful Villa La Pietra in Florence.

Marie-Jacqueline Lancaster’s Brian Howard biography is packed with outrageous tales of his extrovert behaviour. Predominantly, though, I relied on Waugh’s superb detail.

I used his ‘Gallic’ clue to introduce the French ‘r’. I exaggerated his stutter, and fluttered my ‘large, saucy eyes’ with each affected stutter, extending any innocent, unsuspecting word. The challenge was to convince the audience that it was the character who was over the top, and not the actor. Only you can judge.

At our first rehearsal, at the Spread Eagle in Thame, Jeremy Irons said, ‘You’re not really going to play it like that, are you?’ Anxiously, I looked to Lindsay-Hogg, who gave me a definitive nod of approval. So I was off, and onto the B-B-Brandy Alexanders…!

All progressed swimmingly from April until, suddenly, filming ground to a halt, because of a technicians’ strike. When we started again in November, Lindsay-Hogg reluctantly had to resign, owing to film commitments in the USA. Large chunks of John Mortimer’s script were rejected and, with Granger’s guidance, we restored much of Waugh’s original.

Despite the vicissitudes of the strike and the erratic schedule, it was one of the happiest and longest shoots of my life, from April 1979 to August 1981. Et in arcadia eram. When the series was finally broadcast, in October 1981, the reaction was unexpected and overwhelming.

I did eventually meet Harold Acton in 1984, when he invited me to his 80th-birthday drinks party at Claridge’s. He was still full of ‘c-creamy English charm’ but not as extrovert as I had hoped. On a postcard to me, he wrote, ‘Enjoy the fruits of your youth whilst ye may!’

As for Brian Howard, I received a letter from an elderly lady, Carley Dawson, Howard’s cousin, who invited me to Washington DC. She said, ‘But you’re so much nicer than Brian!’

I owe Brideshead a huge debt, and much gratitude to Lindsay-Hogg and Granger for casting me. It transformed my career, leading to an assortment of fascinating roles and unexpected, decadent adventures, some of which I shall reveal in my autobiography, when I am 80 – adhering to Sir John Gielgud’s instructions to me when I was working on his King Lear in 1994, commissioned by the BBC for his 90th birthday.

Happy birthday, Brideshead Revisited, and thank you very much!