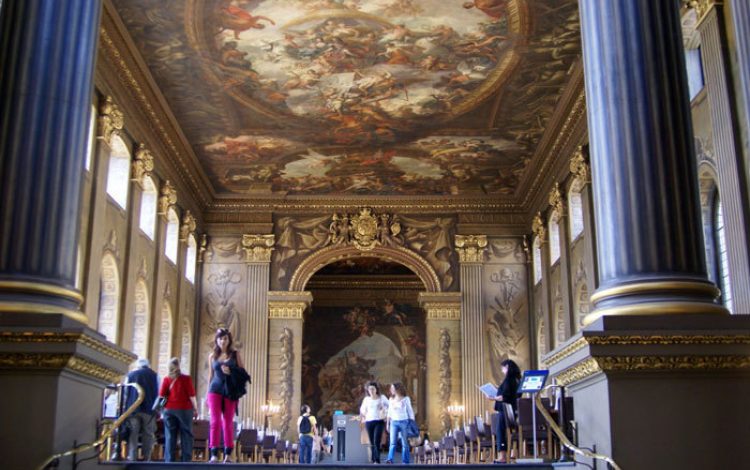 Britain’s Sistine Chapel has been named one of RIBA's best renovated buildings of 2019.

The Painted Hall at the Old Royal Naval College has been dazzlingly refurbished after an £8.5m conservation project. It reopened on March 23.

Built by Christopher Wren in 1705 on the site of Henry VIII’s Greenwich Palace, the hall was a dining room for the Royal Hospital for Seamen.

Sir James Thornhill took 19 years, between 1707 and 1726, to paint this vast tribute to our naval power, mercantile riches and Protestant monarchs.

Prominent among the hundreds of painted figures are William and Mary, Queen Anne and George I.

At one moment, William III, cradling an olive branch, passes the cap of liberty to the kneeling figure of Europe – cue your favoured Brexit joke...

Meanwhile, William III is trampling all over a crouching figure representing tyranny and arbitrary power – aka Louis XIV of France.

What’s more, unlike the real Sistine Chapel, the Painted Hall was always half-empty when the Old Un visited before the restoration.

The puffins of Skomer - Harry Mount