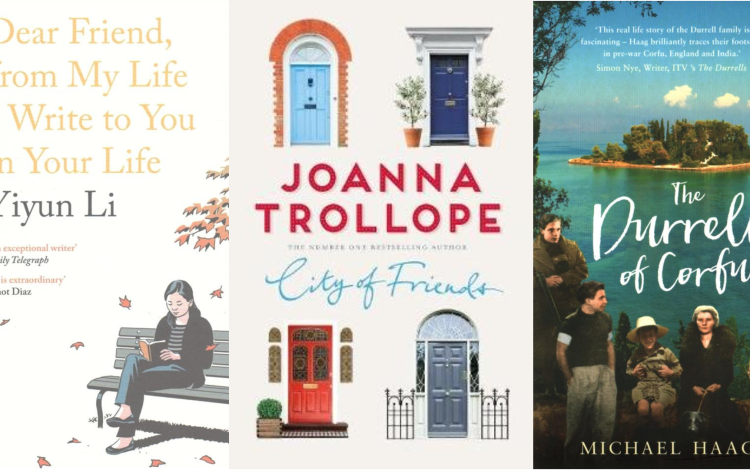 Buy the books reviewed in the Summer issue via Wordery by clicking on the title. Please note that Wordery prices will fluctuate but below prices are correct at time of magazine going to print.

Who Lost Russia: How the World Entered a New Cold War by Peter Conradi at £13.92 inc p&p

Praetorian: The Rise and Fall of Rome's Bodyguard by Guy De La Bedoyere at £22.61 inc p&p

Lonely Courage: The True Story of the Soe Heroines Who Fought to Free Nazi-Occupied France by Rick Stroud at £12.96 inc p&p

The Tartan Turban: In Search of Alexander Gardner by John Keay at £16.96 inc p&p

The Time Traveller's Guide to Restoration Britain by Ian Mortimer at £12.98 inc p&p

The Moor's Last Stand: How Seven Centuries of Muslim Rule in Spain Came to an End by Elizabeth Drayson at £12.10 in p&p

Protestants: The Radicals Who Made the Modern World by Alec Ryrie at £15.29 in p&p

Border: A Journey to the Edge of Europe by Kapka Kassabova at £10.54 in p&p

The Earth is Weeping: The Epic Story of the Indian Wars for the American West by Peter Cozzens at £16.51 inc p&p

Killers of the Flower Moon: Oil, Money, Murder and the Birth of the FBI by David Grann at £13.42 in p&p

Arthur & Sherlock: Conan Doyle and the Creation of Holmes by Michael Sims at £13.23 inc p&p

Everywoman: One Woman's Truth About Speaking the Truth by Jess Phillips at £11.07 in p&p

Be Like the Fox: Machiavelli's Lifelong Quest for Freedom by Erica Benner at £13.95 inc p&p

Prince Charles: The Passions and Paradoxes of an Improbable Life by Sally Bedell Smith at £22.01 inc p&p

The Transferred Life of George Eliot by Philip Davis at £15.90 inc p&p

The Mesmerist: The Society Doctor Who Held Victorian London Spellbound by Wendy Moore at £14.12 inc p&p

The Durrells of Corfu by Michael Haag at £5.96 inc p&p

Ravilious & Co: The Pattern of Friendship by Andy Friend at £24.95

Old Age: A Beginner's Guide by Michael Kinsley at £9.99

Lincoln in the Bardo by George Saunders at £13.36 inc p&p

The Road to Somewhere: The Populist Revolt and the Future of Politics by David Goodhart at £14.87 inc p&p

Irresistible: Why We Can't Stop Checking, Scrolling, Clicking and Watching by Adam Alter at £12.97 inc p&p

Other Minds: The Octopus and the Evolution of Intelligent Life by Peter Godfrey-Smith at £12.99 inc p&p

How to Survive a Plague: The Story of How Activists and Scientists Tamed AIDs by David France at £16.33 inc p&p

To Be a Machine: Adventures Among Cyborgs, Utopians, Hackers, and the Futurists Solving the Modest Problem of Death by Mark O'Connell at £8.67 inc p&p

Wonderland: A Year of Britain's Wildlife, Day by Day by Brett Westwood and Stephen Moss at £14.55 inc p&p

Hamlet, Globe to Globe: Taking Shakespeare to Every Country in the World by Dominic Dromgoole at £12.28 inc p&p

Nabokov's Favourite Word is Mauve: What Numbers Reveal About the Classics, Bestsellers and Our Own Writing by Ben Blatt at £10.65 inc p&p

Balancing Acts: Behind the Scenes at the National Theatre by Nicholas Hytner at £13.74 inc p&p

Night Trains: The Rise and fall of the Sleeper by Andrew Martin at £10.95 inc p&p

No Need for Geniuses: Revolutionary Science in the Age of the Guillotine by Professor Steve Jones at £9.24 inc p&p

The House of the Dead: Siberian Exile Under the Tsars by Daniel Beer at £9.32 inc p&p

Darkness Over Germany: A Warning From History by E Amy Buller at £13.17 inc p&p