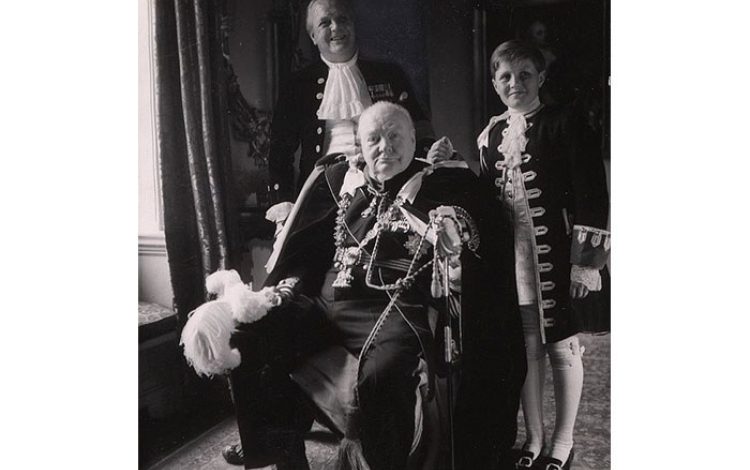 Despite Josh Ireland's evidence of Randolph Churchill's 'dazzling skill with words,' Miranda Carter finds him a selfish lightweight who died a shuffling wreck.

Does the world need another book about Churchill?

Publishers will say they sell – there’s a worldwide constituency of Churchillophiles who will buy pretty much anything with his name on the cover. Even so, the hunt is always on for a new angle. In Churchill & Son, Josh Ireland makes a good stab at finding one, through the story of Winston’s relationship with his only son, Randolph.

Winston’s relationship with his own distant, awful father, Lord Randolph was painful and prematurely curtailed; the elder Randolph died when Winston was 21. When his son was born in 1911, Winston poured into him all his disappointed passion, plus his hopes for a grand political dynasty.

Winston was obsessively doting, endlessly indulgent and keen to smooth his son’s route to greatness; his daughters always came a distant second.

From early on, Randolph realised he could get away with almost anything. He was rude to his nurses and bullied his sisters (two, Diana and Mary, came to loathe him), while his father fed him oysters at the dinner table and announced to guests such as Ernest Cassel and Charlie Chaplin that he was a prodigy. He was shipped into Oxford early – but left after a few terms for a lucrative American lecture tour.

The Churchill name opened doors and Randolph, says Ireland, was a fluent and articulate speaker, and always his father’s greatest cheerleader.

When he returned to London aged 19, having spent his vast fees, he was given a job in journalism by Lord Beaverbrook. Hugely self-confident and good-looking, Randolph was convinced (as was Winston) that he would be an MP by 21 and PM by 24. He was also lazy, a drinker and a gambler, had expensive tastes (his father paid his debts well into his 30s) and propositioned anything in a skirt. He had a reputation for starting violent arguments and never, ever stopped talking.

These qualities only got worse with age. By his mid-30s, Randolph was fat, drunk, usually angry, unbearably garrulous and slightly ridiculous. Nancy Mitford called him LBR, ‘Little Baby Randolph’. His most notable act was marrying and divorcing the grande horizontale Pamela Digby, later Harriman.

As Ireland says, it was all too easy for Randolph. But Winston, he argues, ‘drained the people around him of every last drop of energy’. He couldn’t help but see Randolph as a mini-me, while Randolph never escaped his shadow and only dimly understood that he needed to.

No one doubted that Winston adored Randolph and Randolph idolised his father. During Winston’s wilderness years in the 1930s, they spent huge amounts of time together.

But, with age, the relationship darkened. Randolph’s rages with his father became increasingly violent. He accused him of neglect or of taking his ex-wife’s side, leaving Winston devastated and in tears. On one occasion, when his sister Sarah tried to intervene, he hit her in the face and called her a bitch.

By the late 1940s, the two men found it difficult to see each other, though they thought of each other with pained longing. Randolph died in 1968, three years after his father, at the age of 58. Drink had turned him into a shuffling wreck.

He found redemption of a kind when in 1960 Winston asked him to write his biography. He set up operations at his home in Suffolk (where – Ireland doesn’t mention – the locals called him the Beast of Bergholt and complained he never paid his bills). Among his researchers was Martin Gilbert, who took over the multi-volume enterprise after Randolph died, completing the process by which Winston was transmuted into the mythic figure he is today.

Ireland does his best with this essentially sad story. He’s an engaging guide, and the book is very readable – though some of the best lines are in footnotes. If there’s an issue, it’s that, for all his sympathy for Randolph – he was, Ireland says, ‘glorious in his own way,’ with a ‘dazzling skill with words’ – Randolph remains a selfish lightweight.

He emerges most vividly in the irritated and amused anecdotes of his contemporaries. Evelyn Waugh tells perhaps the best and best known.

In 1945, the two were sent to Croatia on a mission to Tito and his partisans. Randolph’s drunkenness and inability ever to stop talking quickly drove Waugh mad. Desperate to shut Randolph up so he could finish the proofs of Brideshead Revisited, Waugh bet him £20 he couldn’t read the Bible all the way through in two weeks. It was an abject failure.

Waugh wrote, ‘He has never read any of it before and is hideously excited; keeps reading quotations aloud … or merely slapping his side and chortling, “God, isn’t God a shit!” ’