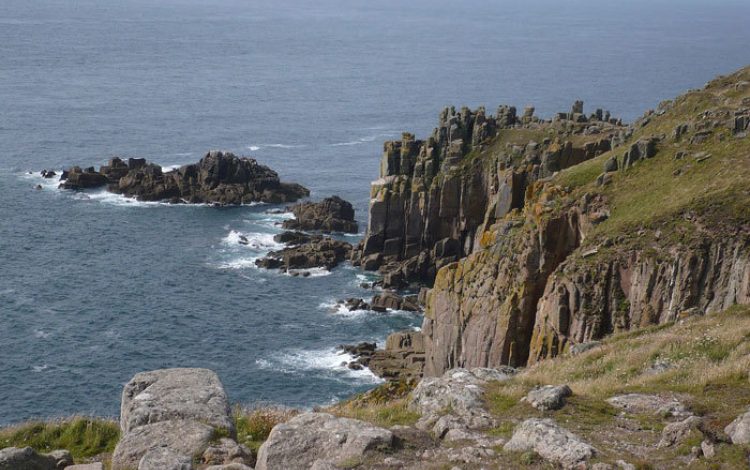 The granite coast at Land's End, the most westerly mainland point of England By Jakemete - Own work Picture taken by me, CC BY 3.0, https://commons.wikimedia.org/w/index.php?curid=11649802
View Full Size
1
of 1

Catrina Davies lives in a blue shed near Land’s End. She is vague about the exact location, possibly because she lives there illegally. Her home isn’t classed as a dwelling, a categorisation that baffles Davies, who is a student of real life: the kind where you eat the vegetables you grow and eat the fish you catch.

I think I can work out where it is because I moved to the far more urban Newlyn, ten miles to the east, two years ago. I work so hard to pay the mortgage on the house in Newlyn that I often see nothing of Cornwall beyond the computer screen; sometimes so much so that I might as well have stayed in London. I wonder if Davies would think me a fool for coming to west Cornwall, looking for exactly what she has, but with the prison of borrowed money I treat as something to be grateful for. Home can be a hearth – she is very interested in precise definitions, and pores over her immense dictionary – but it can also be a trap.

This is a wonderful book. You would think that a story about the renovation of a shed would appeal to the John Lewis shopping classes, and that is true. But Homesick is so much more. It’s a personal memoir that investigates how we fetishise the idea of home and, in doing so, misunderstand its meaning, and deny it to others. It’s a book about living; about hunger, and greed.

Davies opens with the shed being robbed: everything she made, torn from her. Next comes the story of her leaving a rented box- room in Bristol for the shed in Polgigga; why work every hour for a home that isn’t a home? The shed was her father’s office in the 1980s. When he went bankrupt – he was an architect; he literally made homes – only the shed remained.

But that is not her real beginning. Davies’s parents brought her from Wales to Penwith when she was a child. They wanted to give her a fantasy childhood, and they did, but, when Black Monday came, they lost everything. In the way that sensitive children do, Davies imbibed this loss for all of them and she drifted: ‘I struggled to find my future’. Sometimes she thinks, ‘I wanted to be a seal, a crow, or even a rabbit. I wanted to be anything but human.’

The details are fascinating to a reader drugged on home-improvement magazines – although such things, as Davies notes, are a mere distraction from the real meaning of home. She begins again in the shed and relates her simple life in glorious prose which seems, sometimes, to bleed. She bleeds, too. She poisons the rats that live in the shed, until she realises that the owls in the field depend on eating the rats. Instead she builds a rat-repelling skirting board, and cuts her hands. She collects gorse for fuel on the cliffs: ‘What would be left when the sea had finally finished its epic task, when the whole world was sand?’ She learns she is strong, and she heals.

The poverty of west Cornwall is explicit; in summer, those who own homes rent them out to tourists. ‘It rather defeats the object of having a house if you can’t afford to live in it,’ says Davies’s friend. She laments the plague of holiday cottages; in seeking their rural idyll, the London classes have deprived the Cornish of their reality.

There is comedy, too, from the second-home owner whose garden Davies tends. Like me, this creature sees west Cornwall over the lip of a laptop, and though Davies laughs at her, she pities her, too. She thinks she loves Cornwall, but she cannot see it as Davies does. ‘If I had been there between 200 and 300 million years ago,’ she writes of a journey to a cave, ‘I would not have been shivering in the mouth of a cave. I would have been standing in the centre of a mountain range the size of the Himalayas.’ That kind of aside is easy to write, I think, from what I am beginning to call the shed of truth.

This is a glorious book, making a heartfelt call for a land tax, so we can all come home again. Reading Davies, you can only hope they think about it in Westminster, and learn the meaning of home: ‘how,’ as she says, ‘every wreckage contains within it some kind of salvage’.