How did Churchill and Attlee get on? 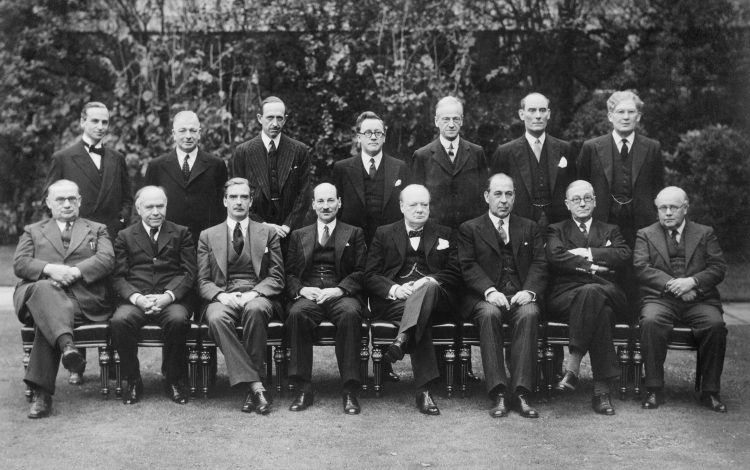 Front and centre: Attlee and Churchill
View Full Size
1
of 1

Attlee and Churchill: Allies in War, Adversaries in Peace, by Leo McKinstry, reviewed by Sonia Purnell

The new book from Leo McKinstry – a 738-page whopper on Clement Attlee and Winston Churchill – lands on my desk with a thud.

It’s handsome to look at, but what is it with male historians (Max Hastings, Andrew Roberts, Dominic Sandbrook et al) and their penchant for publishing great doorstoppers rather than the slimmer volumes the rest of us try to aim for?

Might their urge to measure out their knowledge in public sometimes intimidate the casually curious? If so, in this instance it would be a shame. Studying each of these men goes a long way towards enlightening us, and some preconceptions are neatly pricked along the way.

Churchill and Attlee alternated in power over the course of 15 tumultuous years and their reputations are jealously guarded by their usually quite polarised supporters. Traditionally, Churchill’s admirers have dismissed Attlee as a cold and clipped mediocrity whose public speaking rarely soared or inspired. Attlee’s fans often recoil at what they see as Churchill’s warmongering and racism, as well as his self-absorption and domineering character.

By contrast, McKinstry shows how these very different political titans succeeded, at least during the Second World War, in bringing out the best in each other and minimising the worst. Their lives have many parallels: from having had the same nanny in childhood to starting adult life as Tories before changing tack to become social reformers after witnessing deprivation and squalor (even if Churchill’s yearning for a ‘central party’ to help the ‘missed-outs’ was to prove temporary).

Certainly they were temperamental opposites, but not always in obvious ways. It is fair to say Churchill ‘quivered with a very British martial spirit’, while Attlee embodied what were (at least until recently) considered ‘quintessentially English qualities of decency, stoicism, fair play and dislike of ostentation’.

As Barbara Castle observed, Attlee was a ‘conventional military man’ in his desire for cool efficiency and traditional hierarchies, whereas the ebullient Churchill bridled at the idea of taking orders or staying faithful to old orthodoxies.

McKinstry argues that there has never been a ‘connection’ like that between Churchill, the giant of war and supreme rhetorician, and Attlee, the hero of peace and administrator par excellence. Brought together in the grievous hour of 1940, they forged a partnership that ‘transcended’ party lines for five years with the sole aim of saving their country. Churchill even invented the position of Deputy Prime Minister for Attlee, unhesitatingly naming him as his most admirable Labour colleague. Attlee hailed Churchill as ‘the greatest leader in war this country has ever known’.

There was frustration on both sides, but it did not descend into personal hostility. The wartime fight for national survival fuelled a mutual esteem and even something of a co-dependency. Churchill grew to trust Attlee more than many fellow Conservatives in the wartime political bear pit and reprimanded them if they denigrated his deputy in his hearing. He also disowned the disobliging remarks about Attlee that were often attributed to him – the best- known being that Attlee was a modest man with much to be modest about.

After victory in Europe had been achieved, they became opponents again, fighting a surprisingly acrimonious general election in 1945 – partly caused by the wretchedly fatigued Churchill’s absurd claim that a Labour win would see the advent of a British Gestapo. Attlee was undoubtedly hurt by this, but in victory he and his wife Violet went out of their way to comfort the dejected Churchill and Clementine. Indeed, though Attlee and Churchill were too different to be real friends, the naturally shy Clementine became close to the equally reserved Clement.

In the post-war years, Attlee earned his place in history as the architect of one of Britain’s most successful reforming administrations by establishing the NHS. When Churchill returned to power after six lonely years, he knew better than to reverse his opponent’s radical changes. Perhaps he came to see Attlee’s desire to build a better Britain as the natural extension of his own work in founding the welfare state in partnership with Lloyd George more than 30 years earlier.

Churchill reluctantly left Downing Street for the final time in 1955; a few months later, the younger Attlee also decided to step down from the Labour leadership, after two decades at the helm. That marked the end of an era when the two most prominent national politicians genuinely put country before party and even career.

McKinstry offers much to inform and intrigue, though some of his best insights are buried beneath the mounds of his detailed research. This would be twice the book if it were half the size.