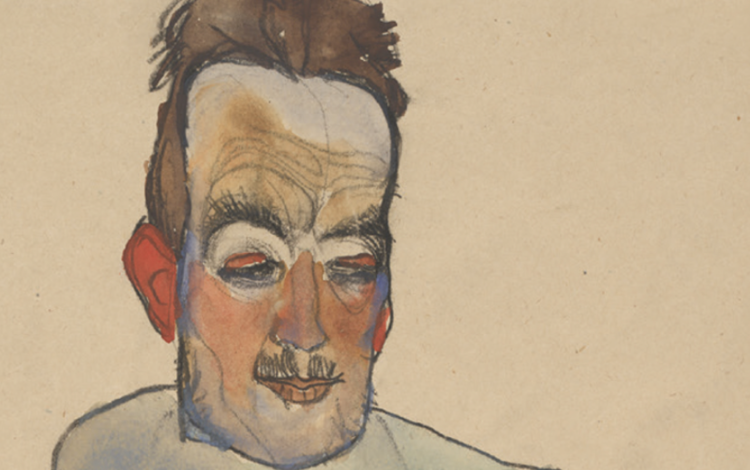 KLIMT/SCHIELE – Drawing from the Albertina Museum, at the Royal Academy, 4th November to 3rd February

Although they both died in 1918, less than nine months apart, Gustav Klimt was 28 years older than Egon Schiele, and they met for the first time only in 1910. However, already as a teenager, Schiele had been strongly influenced by the older artist’s work and, as their friendship grew, the flow of influence was to some extent reversed. It would be fascinating to know in what directions they would have developed had they survived the influenza pandemic.

The art and literary worlds during the half century after 1860 were aflutter with more clashing ‘isms’ than perhaps any other period: Academicism, Romanticism, Realism (or Naturalism), Impressionism, Parnassianism, Hermeticism, Symbolism, Post-Impressionism, Expressionism, Futurism, Imagism, Vorticism, Cubism, Surrealism...

Some are easily understood; others are easy to bandy about without actually knowing what they mean. From time to time, when the latter intrude upon these reviews, I shall try to define them as concisely as possible.

It dealt in universal symbols; thus Death, a favourite subject, was black-winged and beautiful.

Expressionism, which developed from it, by contrast sought to express subjective emotions and ideas by distorting the world. The two may be represented by Burne-Jones and Munch.

Both Klimt, born in 1862, and Schiele, born in 1890, were academically trained draughtsmen and for Schiele drawing remained fundamental; his paintings are essentially painted drawings. It is not so obvious in Klimt’s Symbolist and highly decorative work, but for him, too, everything was based in drawing.

This show of about 100 drawings from the collection of the Albertina Museum, Vienna, celebrates the centenary of their deaths. Remarkably, as is wittily demonstrated by the Underground posters, many of their nudes, especially Schiele’s self-portrait studies, still have the power to shock and disturb.

Both men were highly sexed – Klimt was almost as philoprogenitive as that later Expressionist Lucian Freud – and it can be hard to differentiate between brutally honest representation, eroticism and pornography. Unlike Klimt, Schiele can rarely be thought of as decorative but, extraordinarily, there is often great beauty in his seeming ugliness.

For all that, Klimt was the recognised leader of the anti-establishment Sezession and later his own Klimt-Gruppe which split from it. He continued to enjoy the establishment’s patronage, even that of the ancient Emperor Franz Joseph. In the few months that separated their deaths, Schiele had very evidently inherited Klimt’s position and he too was enjoying the favour of Viennese society.

These are some of the finest drawings of the 20th century.

This story was from November Issue issue. Subscribe Now