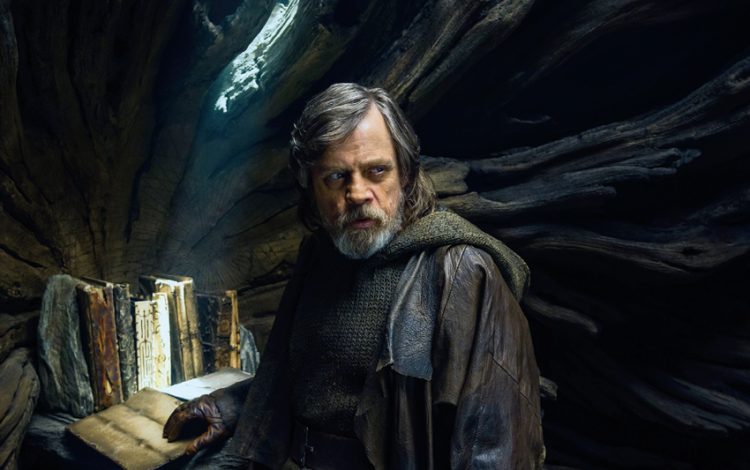 The extent to which the Star Wars series has now taken over the known universe is this: in December, if you idly wanted to go to the cinema, your choice was (a) the new Star Wars film or (b) hide your head under the duvet for a month and wait for something else to come out.

I love science fiction as much as the next man – and possibly slightly more, for nothing thrills my heart more than to see a huge spaceship carving its way through deep space at warp factor 9.5 because it’s slightly late home for tea. But Star Wars has long been an exercise in diminishing returns. Last year’s prequel one-off, Rogue One, was part war film, part video game, and very boring indeed. This year’s The Last Jedi is officially number eight in the series — sorry, number VIII — and the central film in the third trilogy. I went with my daughter (eighteen) and my son (fifteen). My son declared it to be the greatest film he had ever seen. My daughter was less satisfied. She pointed out that there were several points in the film in which something surprising and unconventional could have happened, and didn’t. Given a choice, she said, they always go for the obvious plot development. But it’s a Star Wars film, I said. The tramlines defining what can actually happen within it are horrifyingly narrow. Good will resist evil. Evil will look as though it’s going to win throughout, because it’s got bigger weapons and its leaders always wear black leather that squeaks. At the end of the third trilogy, someone will spot a tiny weakness in Evil’s enormous ship and destroy it, against all the odds. Good will triumph, until the next film in the series, when all will be back to the way it was, only with younger actors.

The story of Chapter LCCCIX need not concern us here. All the usual things happen, many of them in the correct order. Twice, the rebel alliance of goodies think they have got away, only to be confronted by an enormous weapon that can destroy them in seconds. Since Harrison Ford (Han Solo) was knocked off in the last film, we are left only with Carrie Fisher (Princess Leia) and Mark Hamill (Luke Skywalker) of the old crew, and the latter has been hiding on a Scottish island for many years, with only a huge cloak and a furious beard for company. Is he the last Jedi, or could it be young Daisy Ridley, as Rey, with her curious Essex vowels and unusually mobile eyebrows? The middle film of each trilogy always involves an old hand teaching a youngster all his tricks, and this one conforms to the pattern. Old Luke shows young Rey how to channel the Force, which binds all matter together with sticky Force glue. You can do it, apparently, by putting on a serious face, sticking your hand out like a Dalek and willing things to happen. Special effects then take place.

The Last Jedi introduces one new feature to the universe of Star Wars — humour, and very welcome it is, too. George Lucas, the series’ onlie begetter, had no humour whatsoever and any previous jokes were generally improvised by the actors. (Such as when Leia says to Han Solo, ‘I love you’ and he responds, ‘I know’.) There’s also a terrific villain called Scone or Doughnut or something, whose demise is rather splendid. But the film goes on and on and on, for more than two-and-a-half hours, which may be about two hours too long. It’s not quite a waste of life, but it’s not far off.