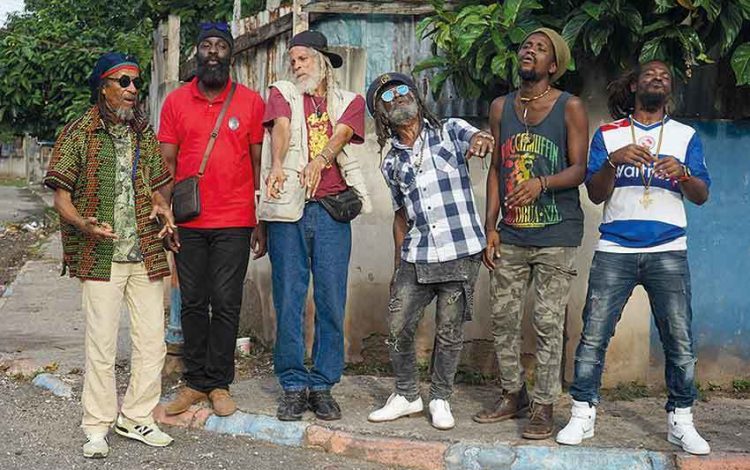 At last, a cheering film about oldies that isn’t patronising or sentimental!

You don’t have to like reggae – and the reggae in the movie is marvellous, old-fashioned and melodic – to love this documentary about a group of old Jamaican singers reuniting for one last show.

It’s already been called a Jamaican Buena Vista Social Club but, if anything, it’s even better than that terrific 1999 documentary about a group of ancient Cuban musicians.

One of the Jamaican singers, Ken Boothe, 71, might ring a bell: he sang the 1974 UK number one Everything I Own, in his honeysweet voice, which survives miraculously intact 45 years on, enhanced by a slight vintage timbre.

The other singers, Kiddus I, 75, Winston McAnuff, 62, and Cedric Myton, 72, aren’t so well known. But they are all immensely talented, they’ve had their time in the limelight – and they’ve been ignored for decades.

They’ve been through Biblical troubles: some with drugs; being ripped off by their record companies; or, heart-stoppingly, in McAnuff’s case, because of the murder of his son in a petty drugs row.

So it’s rags to riches to rags to riches – in the form of this latest comeback, topped with a delightful group concert at the Trianon in Paris. I bet they’ll be touring the world soon.

The story could have been scripted by Hollywood. Thank God it wasn’t, because any scriptwriter would have injected heavy doses of the patronising sentiment that usually goes with oldie films.

These singers aren’t good just because they’re valiant in old age; they’re good, full stop. You could attribute their fine voices and fat-free physiques to Jamaican life – the fresh fish grilled on the beach and lots of outdoor exercise – though the industrial quantities of ganja they get through can’t be entirely therapeutic.

Their heavenly recording studio must help the quality of their songs, too. The studio is a makeshift job, in a tumbledown house perched on the jungly hills high above Kingston, with the old boys singing in the living room, the musicians gathered on the porch outside. When Kiddus I tires of singing, he takes a dip in a remote waterfall a million miles from the nearest tourist.

This is no Jamaica Tourist Board production; there’s no mention of those Jamaican staples Ian Fleming, Noël Coward or Chris Blackwell, and only a few passing mentions of Bob Marley.

The mass murder on the streets of Kingston crops up; and long, tracking shots of downtown Kingston and Kingston Harbour show the decay and poverty of that broken city in an utterly unsentimental way.

Again and again, you get direct pulses of the truth – the point of documentaries, after all – in that decay, but also in the unscripted, deadpan wit of the singers. Kiddus I refers to his difficulties with the law and his patchy career in a funny, elliptical way: ‘I have some herb charges to clear’; ‘I’m the most recorded, unreleased artist in Jamaica.’

The affection between the old singers is palpable; their joy at being on stage again unconfined. At one moment, Judy Mowatt, one of Bob Marley’s backing singers in the I Three, and still possessed of a mighty pair of lungs, calls this great oldies’ comeback ‘a love splash’. Spot on.