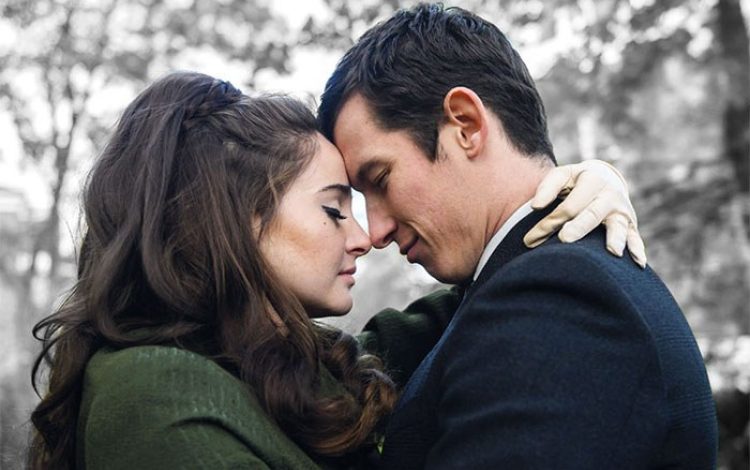 It’s a rollicking good story, as you’d expect from the bestselling Moyes, who sold six million copies of Me Before You (2012) but Kingsley Amis would have had a lot to say about it, opines Harry Mount

Kingsley Amis was a nightmare to watch films with. ‘He wouldn’t do that. She wouldn’t say that. He wouldn’t wear that,’ he’d say, ticking off the mistakes, particularly in period films, where the opportunities for smug corrections multiply.

Kingers would have had a field day with the howlers in The Last Letter from Your Lover, the story of a forbidden love affair in 1965, based on the 2008 Jojo Moyes novel.

It’s a rollicking good story, as you’d expect from the bestselling Moyes, who sold six million copies of Me Before You (2012).

Their love affair is doomed until, 40 years later, another young journalist (Felicity Jones) stumbles on the story of their romance and attempts to piece it together through their letters.

As she does so, she falls for her fellow sleuth, the newspaper librarian (Nabhaan Rizwan) – a perilous profession these days. One of the first howlers in the film is the idea that a newspaper would have as big and as well-staffed a library as this one does.

Kingsley Amis would have forgiven that one – not least because Jojo Moyes was herself a journalist on the Independent for a decade and so would have taken liberties, knowing the truth – which is different to making mindless errors.

What destroys the credibility of the film is the voices and, by extension, the acting of the principal actors.

Callum Turner, 31, looks terrific as a young hack – he is a model, as well as an actor. But no hack – in 1965 or now – talks the way he does. You can hear the joins between his modern London accent and an attempted posh ‘olden days’ accent, and any charm his looks convey is destroyed by the resulting voice.

The effect gets worse when the late Ben Cross plays the older Anthony O’Hare, still mulling over his youthful affair. I always thought Cross, who died last year, aged 72, was the flattest actor in Chariots of Fire (1981). But at least he could do a perfectly decent received-English accent, despite coming from a similar, working-class London background to Callum Turner.

So, when you first hear Ben Cross’s Anthony, you wonder what happened in the intervening years that made his accent change so much. A session with Professor Henry Higgins?

The problem isn’t class, though – it’s an acting problem. An actor’s most natural gift should be impressions of other people – that’s their job, really – and the voice is the quickest route to a good impression.

If you can’t raise or lower your voice a few notches on the English class register, how are you going to manage playing someone from the Bronx or Sicily? Dominic West’s Baltimore accent in The Wire seems ever more impressive – even Americans thought he was American.

Romantic films are as fragile as comedies. If you don’t laugh at a funny film, it’s a disaster. And, if the heartstrings don’t tremble in a romance, it’s a failure.

It doesn’t matter how good-looking the actors are or how lovely their clothes and houses are, with the right number of buttons and the right kind of curtains. (All this is done well here.) If actors can’t conjure up charm through their voices, then it’s an untrue romance.