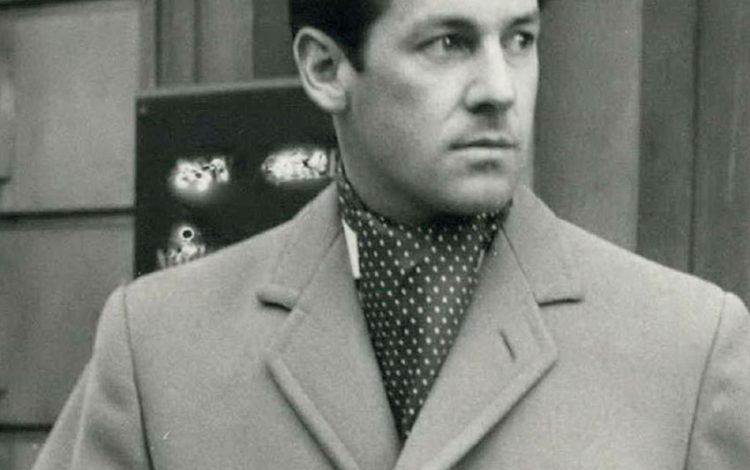 In July, at the Church of the Holy Spirit in Clapham, Michael George Kimberly Caborn-Waterfield, known to a near-forgotten generation as ‘Dandy Kim’ – adventurer, charmer, trickster, self-created myth and myth-creator – was commemorated in a memorial service attended by friends, enemies, creditors, flashy former crooks and Kray fag-ends, old lags and loving young family members. Kim made his spiritual exit in the same flamboyant manner he played out his whole life: publicly – except when constrained from doing so by several stretches in jail.

Kim first presented himself to an astonished Chelsea Set in the early 1960s: opulently tanned, white polo-necked, caramel suede-jacketed, he would be seen driving a vast pale Bentley convertible along the King’s Road. The car had the earliest mobile telephone, the size of a suitcase and a radio call-sign: ‘HEIRESS’.

It was an alluring signal. Rich girls and actress/models fed up with skinny unwashed aristocrats flocked to the glamour boy. Kim soon lured one, a tycoon’s daughter, to Gretna, but was swiftly put off the union with ‘a considerable sum’ by her panicked papa..