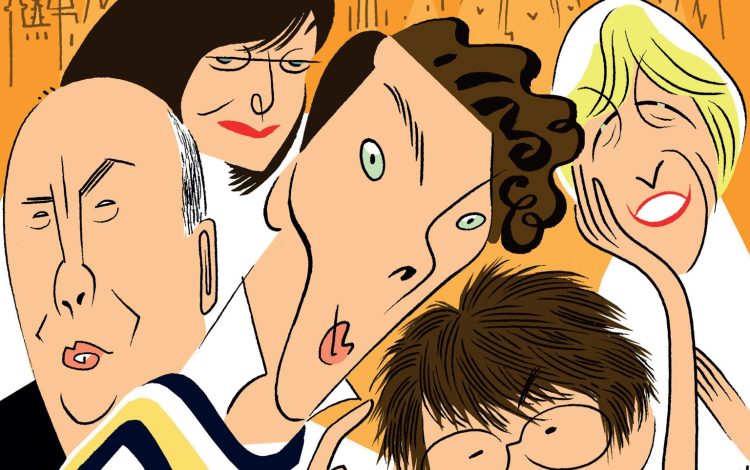 Heads of Oxbridge colleges used to be academics but these days they’re more likely to have had careers in newspapers or the BBC. Simon Heffer explains why

Not too long ago, anyone who aspired to be head of house at an Oxbridge college had to have a lifetime of eminent scholarship behind him or her, and to have accomplished this without making too many enemies. C P Snow’s 1951 novel The Masters

These days, however, the aspirant master, mistress, president or principal would do well to have had a career in journalism: more specifically, in the BBC or the Guardian/Observer group. A precedent was set in 2004 when Tim Gardam, director of programmes at Channel 4 and a former editor of Newsnight, became the first male principal of St Anne’s College, Oxford. Six years later, the floodgates opened. The former controller of Radio 4 Mark Damazer was appointed Master of St Peter’s College, Oxford, in 2010, and Will Hutton, a former editor of the Observer and another old BBC hand, became principal of Hertford College, Oxford, in 2011.

Roger Mosey, whose long career at the BBC included editing the Today programme, running Radio 4 and masterminding the 2012 Olympic coverage, took up the reins as master of Selwyn College, Cambridge, in 2013. Alan Rusbridger went from the editor’s chair at the Guardian to be principal of Lady Margaret Hall at Oxford last year, while his columnist Jackie Ashley moved to Cambridge to become president of Lucy Cavendish. Most recently Bridget Kendall was elected master of Peterhouse, taking up the post in the next Michaelmas term. Why are hacks and broadcasters so attractive to these elite foundations? And what is in it for the successful applicants?

Most headships are considered part time, because many of the academics who hold them have extensive teaching commitments, and some hold important chairs. The pay isn’t wonderful, and most masters find that to do the job properly it has to be done full time. But it allows time for media types to continue writing that column, or performing a consultancy, so enabling a head of house to maintain his or her profile, supplement the stipend and retain a bridge to the outside world.

The necessary obsession of all Oxbridge colleges these days is money. Even very rich ones, such as St John’s, Oxford, and Trinity, Cambridge (which, owning Felixstowe docks and the O2 arena, is stultifyingly rich, its wealth estimated at £1.02 billion in 2014), are constantly looking for new sources of funds and income. All colleges now have development – a euphemism for fundraising – departments and directors of development who, as fellows of the college, attend governing body meetings and take part in financial discussions.

People from the media are popular because they make credible and articulate front men or women for the college. Adept at communication, they have added value when it comes to leading fundraising appeals. They go down well among alumni, and will often be asked to travel the world to meet prospective donors.

Some colleges that have hired media types are known to be financially strapped. Both St Peter’s and LMH are low in Oxford’s endowment income tables; Cambridge academics joke that Lucy Cavendish, which provides places for mature women undergraduates, is a ‘wholly owned subsidiary’ of Trinity, which puts twenty per cent of its annual budget into supporting what its website tactfully calls ‘less endowed’ colleges.

No one will be appointed to a headship without a commitment to the intensive teaching in which Oxbridge specialises, and to broadening the intake of the colleges in demographic terms. Both of these are expensive, and explain why colleges need to keep raising funds. And there is the constant haemorrhage of talented dons to American universities, where pay and conditions are often so much better.

A head of house must oversee and encourage ‘outreach’ – ensuring a college’s tentacles extend into the state school system, with dons going into schools to encourage prospective students to apply, so breaking down the myth of Oxbridge as a re-run of Brideshead Revisited. This, too, is time-consuming and expensive. Masters whose previous employers were regarded, rightly or wrongly, as institutionally Leftist, may have been elected on the assumption they supported greater equality of opportunity.

Heads of house are not chief executives: they are figureheads for the college, chairmen of their governing bodies, and they sit on university committees as representatives of their colleges. Anyone who has held a senior executive job on a newspaper or in broadcasting will take naturally to these decision-making processes, though they may find consensus is more usual at Oxbridge than in Fleet Street or Broadcasting House.

When interviewed for a headship, a candidate will have to show an empathy with the aims of the college, and an ability to represent it in the university and to the wider world. This is something media types are good at. Messrs Rusbridger and Damazer went to Cambridge, Ms Ashley, Ms Kendall and Mr Mosey to Oxford; Mr Hutton went to Bristol, but has a reputation as a writer and public intellectual.

Rusbridger, Mosey and Damazer had held senior management positions for many years. Ms Kendall comes from a family of academics, grew up in Cambridge and did extensive postgraduate study. Her achievement is especially impressive: Peterhouse is not only the oldest college at Cambridge

but also one of the wealthiest. It has also spent years trying to shake off an aggressively male, High Tory reputation: it was dominated for years by the brilliant but mischievous historian Maurice Cowling, who engineered the election of Hugh Trevor-Roper as master, only to sentence him to years of persecution by a fellowship that detested him.

Any new head of house needs to tread carefully: the fellows have minds of their own, and are willing to exercise them; masters in both universities have been presented with the bottle of whisky and the revolver in recent years. Mr Rusbridger has already courted controversy by appointing Benedict Cumberbatch a visiting fellow, which some of his Oxford peers regard as attention-seeking and preposterous.

Media types are valued for their contacts, but they have to be deployed tactfully and without subjecting their venerable institutions to ridicule. Mr Mosey has invited some of his friends from the outside world to dinner to meet fellows and students. This has gone down well, providing a glimpse of the life beyond Cambridge and making Selwyn seem a more attractive and interesting place for prospective students and teachers, with a vibrant intellectual life.

No doubt Petreans can expect to meet Ms Kendall’s diplomatic contacts at High Table, so obtaining a more informed view of international relations; and were I a sixth-former seeking a career at the BBC I’d apply to Selwyn, hoping a few masterclasses from Mr Mosey would put me on the right track. The media types have not just added to the gaiety of life: they have been a positive influence in opening up of our ancient universities. By appointing such people, the fellowships have confirmed just how clever they are.

After the Tory landslide, nice/nasty matters more than left/right