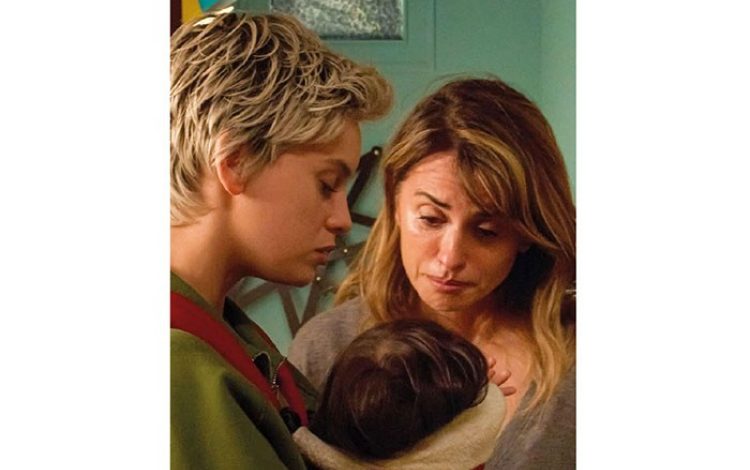 Brush up your Spanish history if you really want to enjoy Pedro Almodóvar’s latest film.

Ostensibly, it’s about a middle-aged, single mother – played by Penélope Cruz, whose superhuman good looks defy her 47 years – who ends up going home from hospital with the wrong baby.

But it will have any real emotional pull only for Spaniards or foreigners who know the film’s backdrop – the 100,000-plus bodies buried in the Spanish Civil War, whose whereabouts aren’t known by their descendants. Imagine Spaniards trying to feel moved by an English film about the Jarrow March, and you’ll see what a mountain Parallel Mothers has to climb to appeal to British viewers.

Janis (Cruz) is descended from a great-grandfather who is one of those lost Civil War dead. The married father of her child, Arturo (sympathetically downplayed by Israel Elejalde), is an archaeologist trying to find the unmarked grave of that great-grandfather.

Spoiler alert! While pregnant in hospital, Janis befriends a much younger mother, Ana (Milena Smit) – only to find the hospital has accidentally swapped the babies soon after they were born.

It’s a wrinkle on Sophie’s Choice and the Judgement of Solomon – what’s the ideal way to treat a baby you love when you’re forced to make a dreadful decision? Does she give the baby back to her real mother or cling on to her?

The decision is such a gripping, universally appealing one that it’s hard not to be engaged by the plot. Cruz helps, too – not least because of her old-school-Hollywood-megastar looks: Sophia Loren meets Gina Lollobrigida.

She is also gifted at underplaying the torment of her tortured position – thereby successfully inducing sympathetic torment in the viewer.

But even Cruz can’t lift Almodóvar’s clunky script. To be fair, clunkiness is always increased by subtitles. Dialogue like this doesn’t really get you going, particularly in big letters on the big screen:

‘We have to talk about us two.’

‘I don’t know where I stand with you.’

Almodóvar is famous for a particular brand of melodrama in his previous films. But the plot’s natural power – the combined tragedy of the Spanish Civil War and the agony of swapped babies – has sent him in the opposite direction, producing a linear, flat, functional screenplay. And the parallel between lost babies and lost ancestors in the Civil War is heavy-handed. As Kingsley Amis said of simplistic fiction, it’s all a bit cat-sat-on-the-mat.

A soap opera would have played more skilfully with such a sensational plot, introducing cliffhangers and dramatic music. But that’s too populist for Almodóvar the Oscar-winning auteur.

So he dials down the drama in the dialogue, while lobbing the odd surprise hand grenade into the plot. At one moment, with no attempt to build up any crackling romance, Janis and Ana leap into bed together – only for Janis to reverse-ferret at top speed and fall deeply for the father of her child once more.

But, then again, I’m not Spanish. Even if I know about what happened in the Spanish Civil War, I wasn’t brought up under Franco and in the shadow of that war, unlike Almodóvar, born in 1949. So I can see that Spanish audiences will be compelled by this film in a way I never could be – not least at the end.

Another spoiler alert – but you probably need to know this spoiler if you aren’t a keen reader of international news. The body of Janis’s great-grandfather is eventually found, still clutching the rattle that belonged to her grandmother when she was a baby.

That directly echoes the recent story of a rattle found in a Spanish Civil War grave: a dead mother in a Catalan town was discovered holding the rattle of her baby son, who was still alive, aged 75, in 2011, when the body was exhumed.

When real life inspires a fictional film such as this, the emotional boost is that much greater if you know the real-life story. A brilliant screenplay can make up for it if you don’t know that story; this screenplay can’t.

'A tricky old beast', Marcus Berkmann reviews Their Finest (12A)