Fasting eases some of the effects of chemotherapy, Gavin Stamp found. And there may be other benefits. Yet health professionals won’t listen

I like eating, and I very much like drinking. Giving up either is a challenge, and all I can usually manage for Lent is to go easy on the chocolate. But, for the past four months, I have succeeded in fasting, every three weeks, for almost four days.

This means eating absolutely nothing at all and drinking only fizzy water or peppermint tea and the occasional mug of miso soup (something to which I never imagined I would one day look forward).

The reason for this unaccustomed and unwelcome abstinence is medical rather than moral. Thanks to prostate cancer which wouldn’t go away, I am now undergoing a course of chemotherapy at the age of 69. Not much fun, but it could be much, much worse.

One of many good reasons for not living in the country is the excellence of the hospitals in central London. I am superbly looked after by my consultant, the doctors and the nurses at Guy’s Hospital and have my treatment in the new Cancer Centre there. This is a sympathetic building which, to my surprise, was designed by Rogers Stirk Harbour & Partners; that is, by the firm of Milord Rogers of Riverside about whom I have long been very rude. But it is a building that works, and has, I think, made both staff and patients happier – as good architecture should. So hooray for the National Health Service, which – whether for better or for worse – is doing its best to keep me alive, at great expense.

But my theme is fasting. Anticipating the chemotherapy which I had long been dreading, my wife, Rosemary Hill, had the wisdom and foresight to keep an article on the subject published in the Guardian last year by the heroic and now, for me, blessed Decca Aitkenhead.

Entitled ‘How to get through chemotherapy’, it recounted her own experience of what can be the brutal treatment for breast cancer. It offered two invaluable pieces of advice which did not feature in a single NHS leaflet or cancer website that she read.

The first concerned ways that women in particular might deal with hair loss. Although it was distressing when my hair started falling out, being male, this did not, in the event, much worry me – despite once being vainly pleased at retaining a full head of hair into my late sixties. And, as I belong to the generation which, half a century ago, generally stopped wearing hats, it has been novel and fun to choose and wear them (fedoras or Panamas for outdoors; smoking hats or embroidered Turkish caps when at home).

It was, however, the second piece of advice that has been so very important for me: fasting. The recommendation is to eat nothing at all for 72 hours before each dose of medicinal poison, and for another 24 hours afterwards.

This I have done with all my chemo sessions so far. To my surprise, this turned out to be much easier than I expected; perhaps a certain virtuous smugness and moral superiority sustains one.

Anyway, the result has been consistent, and most welcome. Chemotherapy has all sorts of disagreeable side-effects, in addition to going bald: some aches and pains; becoming even more vague and stupid than usual; increased susceptibility to infection; and growing, debilitating fatigue. But I have not suffered at all from the nausea which, for so many, turns the experience of chemotherapy into months of crippling misery. The box of anti-nausea pills I was issued with remains largely untouched (so far…). For me, at any rate, fasting works.

Decca wondered, ‘Why my second piece of advice is not common knowledge either seems, if anything, even more surprising.’ Indeed it is. But no one in the excellent Cancer Centre or the admirable Dimbleby Macmillan Support Centre at Guy’s told us that fasting could so greatly alleviate this most unpleasant aspect of chemotherapy – and, also, that it may well make the treatment more effective. 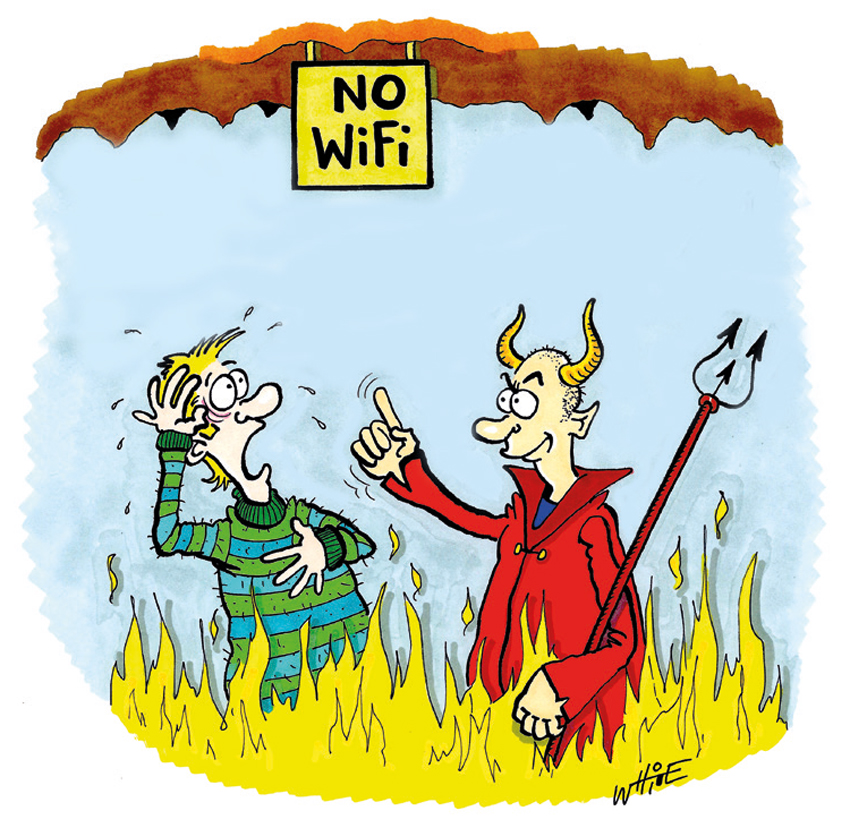 Nurses had not heard of it, while a registrar I mentioned it to reacted almost with horror, and recommended having breakfast before chemo to keep my blood sugar up – which was rather to miss the point.

This may reflect the typical unease of professionals when patients pursue unorthodox remedies on their own, combined with the fact that, so far, the efficacy of fasting is clinically unproven – at least in Britain. But, in the United States, an Italian professor, Dr Valter Longo, has conducted research which found that fasting greatly reduces the side-effects of chemotherapy, i.e. the nausea. It also suggests that starvation conditions protect the body’s normal cells, but not the cancer cells, from the toxicity (I am quoting here from the Guardian article).

None of the above is intended in any way as a criticism of the National Health Service and of the treatment I have received. It does seem a pity, however, that the possible benefits of fasting are not more widely known, or at least aired as a possibility.

I am writing this article partly as a public thank you to Decca Aitkenhead, but also in the hope that this unofficial advice may relieve other cancer sufferers from the most unpleasant aspect of chemo.

It is not as if I am recommending quack medicine or dodgy pills. After all, the desirability of going without food for a period – whether for Lent or Ramadan or just for health reasons – is recognised in most cultures.

And going without food, coffee, alcohol and other enjoyable indulgences for a while cannot possibly do one any harm. So fasting is definitely worth a try.

Gavin Stamp, architectural historian, is author of ‘Gothic for the Steam Age – an Illustrated Biography of George Gilbert Scott’ (2015)