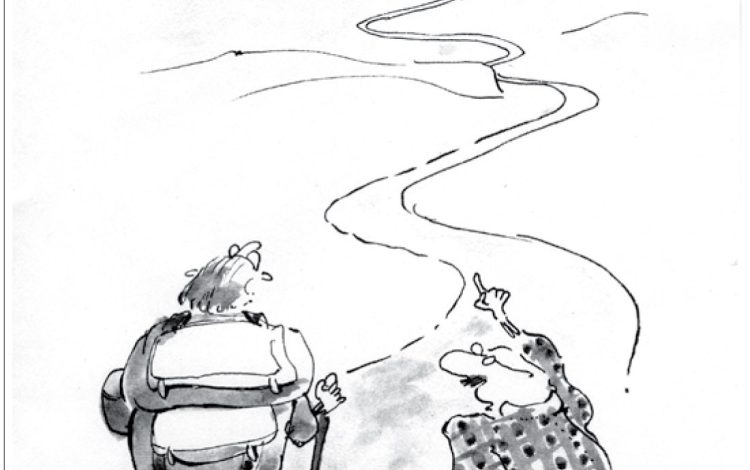 Barnaby Rogerson on 'The Man Who Created the Middle East: A Story of Empire, Conflict and the Sykes-Picot Agreement' by Christopher Simon Sykes

This biography of Mark Sykes, hitherto notorious for being an agent of British imperialism in the Middle East, is written by one of his grandsons. Christopher Simon Sykes had access to all the family papers and follows a resolutely personal focus, which allows us to watch the development of a complex character with a novel-like intensity. He also succeeds in turning the story on its head, so by the end we also mourn the passing of a principled and vitally active man. Mark Sykes died at 39 in 1919, killed off by a combination of over-work and the Spanish flu.

In the eyes of both Turks and Arabs he is still a totally malign figure, seldom evoked without a curse and a desire to piss on his grave. Not only did Mark Sykes betray the Arab revolt in its infancy by organising the secret Sykes-Picot division of the Levant into British and French protectorates in 1916 (thereby frustrating any attempt at Arab unity to this day), he also plotted the ruination of the Ottoman Caliphate – with additional protectorates granted to Greece, Italy and Russia. To further his infamy, he nursed the Zionist agenda (for a British protectorate over Palestine which was to be colonised by Russian Jews) past the suspicious governments of both France and Britain.

To the rest of the world Mark Sykes may appear just another over-entitled British aristocrat, a stage villain out of Hollywood central casting – Darth Vader in English uniform. He was a baronet and Conservative MP who ruled over an inherited estate of 30,000 Yorkshire acres from the mansion of Sledmere. His political influence came through the Establishment back-door. He worked as a confidential adviser first to Lord Kitchener and then David Lloyd George. So neither his actual rank in the Army (a colonel in the militia) nor his public position (acting adviser on Arabian and Palestine Affairs for the permanent under-secretary for foreign affairs) gave an inkling of the range of his influence.

Only those who saw him at work in the Middle East at the end of the First World War could appreciate that. It was Sykes who saluted the new flag of an independent Arabia as it was first raised in Aleppo – enthusiastically cheered by thousands of native citizens. And it was he who introduced the Hashemites to leading Zionists such as Professor Chaim Weizmann and Dr Nahum Sokolow. Famously, it was also Sykes who left a meeting of the all-powerful War Cabinet to greet Weizmann (who was nervously waiting outside the door) with the news that ‘It is a boy’ – after which the Mancunian chemistry genius spent the day alternately crying tears of joy or chanting ‘Mazel Tov’ at the birth of the Balfour declaration.

One of the pleasures of this biography is the innocence with which it focuses on the character of its protagonists instead of championing one of the fiercely competitive ‘nations’ of the Middle East. Christopher Sykes has also been honest enough to reveal that his grandfather was an outspoken anti-Semite when he fought as a young man in the Boer War, but slowly changed his mind as he met linguistic scholars such as the Sephardic Chief Rabbi in London. Similarly, he started out as a convinced imperialist but was so disgusted by British rule in India (and French rule in North Africa) that he eventually realised that mere administrative efficiency should never be exchanged for freedom. By 1919, the man who had bargained out the Sykes-Picot imperial land-grab with the French was actively working to create self-governing, self-determining homelands for Jews, Armenians and Arabs. His letters also reveal a passionate marriage based on a shared faith, principles and a deep and affectionate friendship with his wife. Similarly, the flow of Sykes’s doodles and cartoons (which have been usefully included in the text) reveal a mind bubbling over with mirth and invention.

The author is also well placed to unearth the dysfunctional emotional history of the Sykes family. As with Winston Churchill, we find that Mark Sykes’s restless physical and intellectual energy grew out of a pair of monstrous, discordant and neglectful parents. They introduced him to the joys of travelling in the Near East as a young boy, and their cruelties and lies taught him to be tough, curious and self-reliant. Mark Sykes used these wayward gifts to forge himself into an intrepid traveller and military engineer. His vast personal experience of the Middle East (encapsulated in three travel books) made him a supremely useful asset to his nation in the testing years of the First World War, in a manner akin to Gertrude Bell and T E Lawrence.

At Sykes’s funeral, his coffin was preceded by the monks of Ampleforth bearing their lighted tapers, while behind the hearse walked his favourite horse, Punch, bearing an empty saddle with his field boots reversed in its stirrups. As Ronald Storrs, his distinguished colleague and fellow Orientalist, wrote: ‘I do not like to think of England without him.’