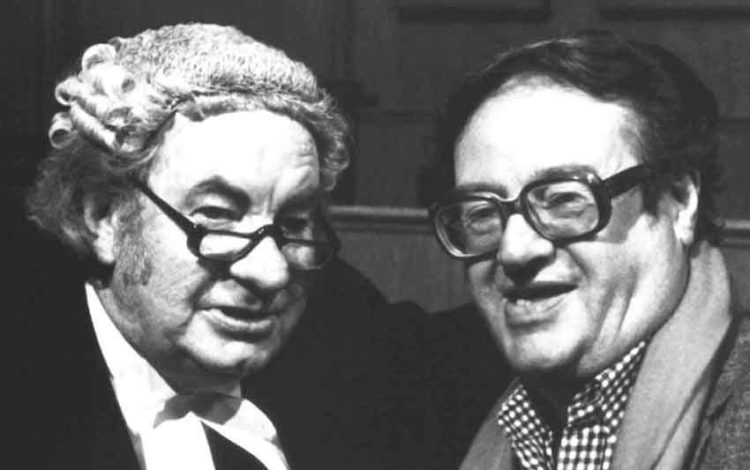 Apparently, during the pandemic, a lot of people – married couples, especially, cooped up together for months on end – have had murder on their minds. I am here to help.

Thinking about her birthday and about how I might be able to advise any murderously inclined readers, I’ve been remembering the last time Phyllis James and I had tea together. It wasn’t that long ago: she died in 2014, aged 94. I loved her. She was small and twinkly, courteous, kindly, and sharp as cyanide.

‘Could I commit the perfect murder?’ she mused while pouring the Earl Grey into my cup. ‘Well, yes, my dear, I think that, very possibly, I could.’

‘What is the first rule of murder?’ I asked her.

‘Keep it simple,’ she said at once. ‘And the second rule is: don’t tell a soul. If you can keep a secret, you can get away with murder.’

‘How would you get away with yours?’

‘If I had an unpleasant husband with healthy life insurance, on Christmas Day I would take him to Beachy Head. There’s nothing quite like a bracing walk on the chalky cliffs of the Sussex Downs to clear the cobwebs at Christmas.’ In Who’s Who, P D James listed ‘walking by the sea’ as her favourite recreation. ‘We’d walk and we’d talk and we’d gaze out to sea, and I would make sure that no one was looking, no one at all, and then, quite suddenly, I’d push him over the edge.’ She gurgled with pleasure at the prospect.

‘Do you think you’d get away with it?’ I asked, incredulous.

I was lucky enough to know Rumpole's creator, too. Sir John Mortimer QC died in 2009, aged 85, but happily Rumpole lives on. Repeats of his adventures of Radio 4 (with Benedict Cumberbatch as young Rumpole) and on Talking Pictures TV (with the great Leo McKern) have been helping to keep me going through the endless months of full and semi-lockdown.

As a QC, Mortimer defended a number of murderers in his time and he had rather a soft spot for them. ‘I found them touchingly grateful for any little thing you could do for them,’ he told me. ‘And they had a kind of serenity about them that was quite inspiring. The murder done, a sort of peace seemed to come over their souls. They had probably killed the one person in the world who was bugging them. Most murder goes on in the family circle, with people who know one another well. My murderers were landlords and tenants, best friends, husbands and wives.

‘I seemed to specialise in bathroom murders. Bathrooms are favourite places for couples to quarrel. You see the worst of your spouse in the bathroom. I knew several married couples who went together into the bathroom, but only one of them came out.’

Readers who remember Mortimer from his knockout turns at The Oldie lunches will know what fun he was. When I quizzed him about the perfect murder, he licked his lips and beamed at me, revealing a mouth half-full of jagged, snaggled teeth.

‘As a rule, women are the great poisoners, although I do recall with pleasure the case of the gentleman solicitor in Wales who poisoned everybody in sight. He couldn’t stop himself. He was very genteel. He came up with the most memorable line in the annals of true murder. As he handed one of his guests a poisoned scone, he said, “Excuse fingers.”’

‘I did once defend a gangster who was accused of stabbing a man to death outside Kettner’s restaurant in Soho. He was seen kneeling beside the corpse, the murder weapon was found in his car and traces of the victim’s blood were discovered in his hotel bedroom. He was a Mafia man and gave his evidence in Greek. The translating lady fell deeply in love with him in the witness box. His story was that he happened to be passing, saw the body, knelt down to inspect it and took the knife away with him because of an inbred instinct to “tidy up”. He was acquitted with no difficulty.’

Sir John chortled happily. ‘If you want to commit the perfect murder, that’s the way to do it, with blood on your hands, the knife in your car, and still you walk away scot-free.’

Three cheers for the public park

The late, great Dame Vera Lynn is to get a memorial on the White Cliffs of Dover

Petula Clark, the Oldie of the Year 2020! By Gyles Brandreth