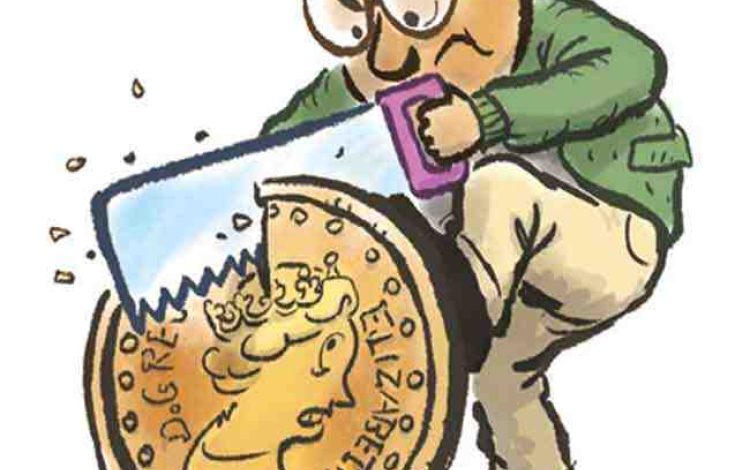 The 'new ½p' was a footling little coin, but has no post Decimal Day equivalent, says Huon Mallalieu

Fifty years after decimalisation on 15th February 1971, I still rant about writers who are old enough to know better than to follow any mention of a price in £sd with a modern decimal equivalent. So often, this ruins the author’s point.

This may happen in the best-conducted publications – even The Oldie, on occasion. A dire example was in a letter to the Times a couple of years ago.

The writer was telling us just how affluent he had felt, and how much he could buy, when his pre-war pocket money was raised to half a crown a week. As this was interpreted as 12½p, how younger readers must have pitied his poverty.

Who under the age of 30 knows what a ‘new ½p’ was? For their benefit, it was a footling little coin: pretty, if not as pretty as its predecessor at the bottom of the pocket, the farthing.

The new ½p was introduced solely so that the 6d (2½p) coin could remain in circulation for a few transitional years. It had little monetary use – prices were quickly rounded up after decimalisation – and was withdrawn in 1984.

My real point is that decimal equivalents, still trotted out in brackets, were accurate for only a few days after Decimal Day in 1971. Inflation continued on its merry way. A pound on that day is worth roughly £12.50 today and, of course, a very long way down on its pre-war value.

Decimalisation, by the way, was overseen by one Lord Fisk. The press, which loves imposing its own ‘popular’ names on things, campaigned for the new penny to be given the pet name of ‘a fisk’. It didn’t catch on.

I love staring – in a non-sexual way - Giles Wood