I partied with Martin Luther King 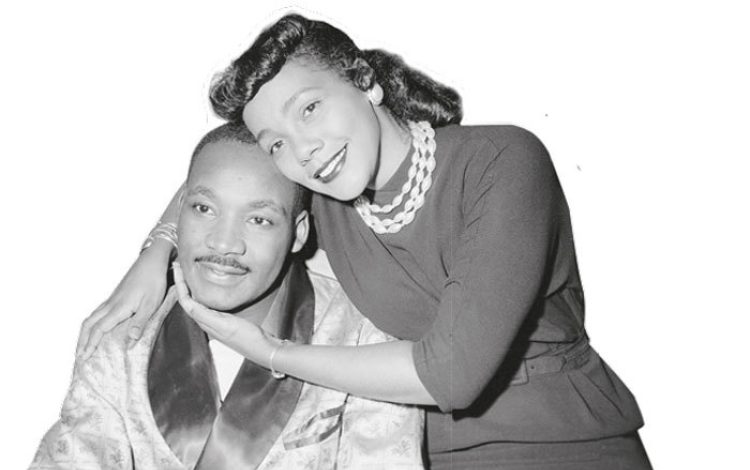 Today in 1963, Martin Luther King delivered his iconic 'I have a dream...' speech. Nicky Haslam remembers meeting the extraordinary man at a party in New York

When writing for such erudite publications as this, it’s always wise to try to strip the prose to the bone, not to employ too many (if any) adjectives and names, or face the fury of editors wielding their red pens.

On the other hand, when I perform my cabaret, I am always encouraged to add more anecdotes between the songs, as ‘people love them’. I’m sure the former is the correct formula, but I’m forced to say the latter applies in this case. What follows happened more than fifty years ago but, if the details are somewhat hazy, the cast of characters involved in that unforgettable occasion remain clear as daylight – and I must unashamedly name-drop and lay on the elegiac adjectives with a trowel.

It’s an early spring evening in New York, in 1963. America is at the height of the euphoria of the Kennedy administration. If most eyes are on the golden-boy President, there’s the scandal of Bobby Kennedy, JFK’s Attorney General brother, and his alleged affair with Marilyn Monroe – the dream girl for whom, six months earlier, I’d been selected, by my boss at Vogue, to show the contact sheet of a secret, near-naked sitting: her last. More disturbingly, there’s the ever-rising rumble of disquiet in the South, where Governor George Wallace of Alabama has just given his speech expounding ‘segregation forever’.

Meanwhile, Central Park has turned green overnight, as it always does; the fountains are playing outside the Plaza; the late papers have photographs of Jackie leaving Le Club in her newest Oleg Cassini. I walk from my apartment on 77th and Madison across to Lena Horne’s place on Amsterdam Avenue.

Lena, the sublimely talented singer and actress, and possibly the most beautiful woman I’ve ever seen, has asked me to go with her to a concert arranged by Frank Sinatra to boost the singing career of his son Frank Jr. In my blurred memory, it was due to take place in Carnegie Hall; though, more probably, it was somewhere slightly less classical nearby. Lena has gathered some of her now-legendary musician friends to encourage young Blue Eyes.

So I drink Old Fashioneds with Duke Ellington and his brilliant shadow, Billy Strayhorn, among others. Meanwhile, Lena tells of a recent humiliating experience involving a hotel in one of the Southern states – though how anyone could not want this icon of sophisticated elegance on their premises is incomprehensible. Then we take a Carey limo across town to the venue.

Frank Jr sings pretty well, but his dad has clearly had a few. At the party on-stage afterwards, he sways up to Lena and says something that makes her pull abruptly away. As she turns back, I see a tear on her cheek. Then, suddenly, out of the smoky blue, there are the shining, white teeth and wide smile of Louis Armstrong, who comforts Lena in enfolding arms.

Composed now, she waves across the room and, in a moment, at our sides, are standing Martin Luther King and his wife, Coretta. She is wearing demure white lace and, through it, I can, even now, see the delicate bronze of the skin on her arms as we shake hands. Both her skin and Dr King’s have that faint purplish sheen, as smooth and glowing as the rarest Cuban mahogany, and they are both so vibrantly alive. I hear the deep, gentle tone of his voice as we talk, and fix my eyes on the profile that had recently come to augur, along with JFK’s humaneness, a new, enlightened dawn.

Within months, that humanity was blown to bits, with JFK’s assassination in Texas. Five years later, the light in Martin Luther King’s vibrant eyes and his gentle voice were extinguished in Memphis. The gilded towers of JFK’s new Camelot crumbled, but the ramparts of Dr King’s dream castle were rising.

Words and Stuff: Of round robins and Redbreasts…

Not the new Black Death