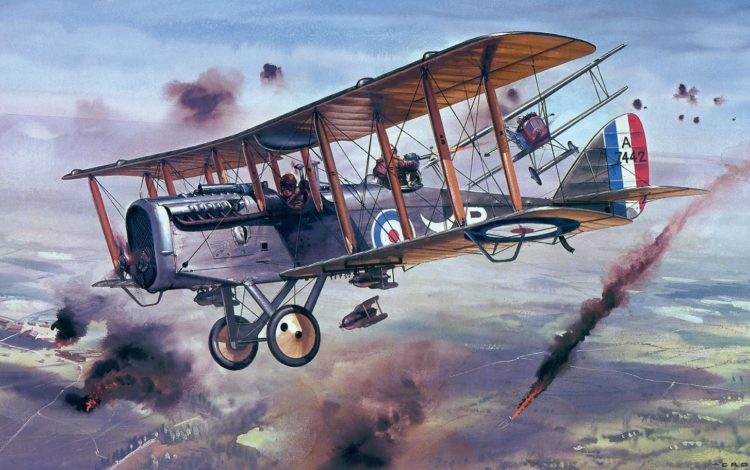 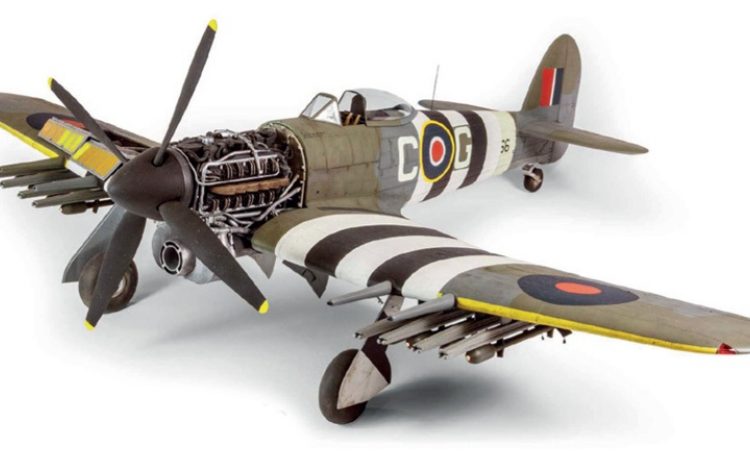 The De Havilland DH9a, illustrated by Roy Cross, who painted the artwork used on Airfix kits from the 1960s
Hurricane IV fighter, an Airfix classic
View Full Size
1
of 1

Like many of his generation, John Walsh spent much of his childhood in his bedroom with a lot of plastic and glue going ‘Nnneeeeaaaagghhh’

One detail in the Times’s obituary of Sir George Martin caught my eye: the fact that a whole room in his family home was filled with plastic model aircraft. Until I left home and went off to university, and my parents cleared out my bedroom, I had one too: squadrons of aircraft, fleets of ships, world-conquering armies of uniformed soldiers with their feet clamped immovably to plastic planks.

There was nothing jingoistically British about these planes and ships and armies: they came from every country and period. Heinkels and Dorniers, Ilyushins and Mitsubishi Zeros, Mosquitos and Mustangs all flew in my bedroom along with Hurricanes and Blenheims. The Bismarck and the Graf Spee sailed in factitious, time-travelling harmony alongside the Golden Hind and HMS Ark Royal; my collection of tiny soldiers suggested unlikely alliances between the Eighth Army, the Romans and the US Cavalry. I was an equal-opportunity modeller of war stuff. I was a classic Airfix boy.

I can’t remember how it started (a fond uncle venturing two shillings on a birthday present?) but I know I was eight when I made my first model plane, a Spitfire, in 1961. I finished it in a haze of triumph, with polystyrene cement coating my fingers and an ache in my joints from kneeling on the carpet for four hours. You couldn’t do much with the finished object, except paint it and wave it around, going ‘Nnnneeee-aaaagghhh’ in a weedy simulacrum of fighter-plane glory, but I loved it. An obsession was born.

I bought the little kits from a revolving carousel at Woolworths: the small ones cost 2/6 in plastic bags, the larger ones 5s in cardboard boxes with dramatic cover art, invariably by Roy Cross, of bombing raids and bullet-whizzing dogfights in always-blue skies. I learned the arcane officer-class language of instruction, like ‘Study exploded view’ (which meant ‘Look at the whole diagram first, dummy’) or ‘Locate starboard flange and affix to aileron’ (about which I’m still a bit hazy). I learned to spread pages of newspaper to keep the glue off my mother’s shagpile, learned to keep a pin in the cement-tube nozzle to stop it seizing up when not in use, and to use rubber bands to clamp the fuselage halves tightly together.

Poems have been written and elaborate sexual metaphors deployed in praise of these sublime convergences of plastic, the male nibs and female holes. Some have even eroticised the glue. Here’s Nicholson Baker in his essay ‘Model Airplanes’: ‘When you          tweaked off the dried wastrel from an earlier session and applied a gentle pressure to the tube, a brand-new, Steuben-grade art-blob of cooling poison would silently ensphere itself at the machined metal tip, looking, with its sharp gnomonic surface highlights and distilled vodkal interior purity, like...’

Sadly, the results were seldom pure. I always forgot to paint the pilot before putting him in the cockpit seat, I always got glue on the plastic windows, making them opaque. But I was soon on to the next model. I rolled the names round my tongue: the Boulton Paul Defiant, the Sopwith Camel, the Fokker Dr1 triplane (how we sniggered). I marvelled at the chunky beauty of the bombers, especially the Avro Lancaster with its complex tailfin, and the spectacular American B-17 Flying Fortress, with its belly gunner and its semi-naked pin-up girl (‘A Bit o’Lace’) saucily recumbent on the fuselage.

It was all about the war. I was born in 1953, eight years after it ended; the first Airfix kit – the Golden Hind – appeared a year before me. The Airfix company and I were both post-war phenomena, but were similarly embedded in the martial paraphernalia of 1939–45. Though we’d missed any actual experience of the conflict, my schoolfriends played Commandos, with toy Sten guns and grenades. My weekly comic, Valiant, celebrated a psychopathic British soldier, Cap’n Hurricane, fighting Nazis, Italians and Japanese right into the 1960s world of pop, spying and miniskirts.

Airfix shrewdly strove to keep pace with the new culture, salting its vintage planes and ships with a model of an E-Type Jaguar, a Boeing 737 and a figurine-fight between James Bond and Oddjob in Goldfinger. A highlight of my life was making Bond’s 1967 Aston Martin DB5 with a working, spring-loaded ejector seat.

They began to cram out my room. Every surface housed a plane, helicopter, ship, car, tank, fire engine, galloping cavalier or platoon of Neanderthals. My mother complained about the dust. Like thousands of young enthusiasts, I took to hanging the aeroplanes from the ceiling with cotton thread around nose and tailfin. They looked good – but didn’t seem to be flying because the propeller legs were static. So I snapped them off, to give the illusion of flight.

It was a mis-step. Once I’d vandalised a model, things went downhill fast. One Guy Fawkes Night, I destroyed a Messerschmitt ME-109 by lighting the touchpaper on a banger jammed into the cockpit. Later I incinerated a Stuka. The smell of injection-moulded plastic was dreadful.

I was growing up. Plastic model aircraft and ships, even in the most exciting warlike array, were losing their appeal for me. I abused some of the tiny militia by arranging them in indecent poses. I concealed cigarettes, stolen from my father, in the hollow legs of a plastic Napoleon (you lifted up his frock-coated top half, et voilà). I looked askance at the new Airfix kits in Woolworths: Ford Escort, Morris Marina ... Were they kidding? They expected us to spend hours making a suburban runabout – us, who had cut our teeth on the Bristol Beaufighter and the Hawker Typhoon?

In my A-level year of 1971, I decided to finish my model-making career in style: my last-ever Airfix model would be the big, scarily complex HMS Victory, a classic since 1954. Quite early in the proceedings, I became enraged when the four pieces of the hull refused to slot together. From bowsprit to poop there were so many teensy bits to fiddle with. The masts were huge and the rigging had to be wound everywhere with cotton thread. Hours into the winding and snipping, I caught a glimpse of myself in the mirror. I looked like my elderly music teacher, Miss O’Connor, busy with one of her macramé samplers.

I looked down at the 340 remaining plastic bits of ship, then at the tube of cement and tin of enamel paint. ‘OK, you guys,’ I said, ‘I give up. I’ll never trouble you again.’ And I didn’t.

The late, great Dame Vera Lynn is to get a memorial on the White Cliffs of Dover

Love in the time of corona – Justin Marozzi