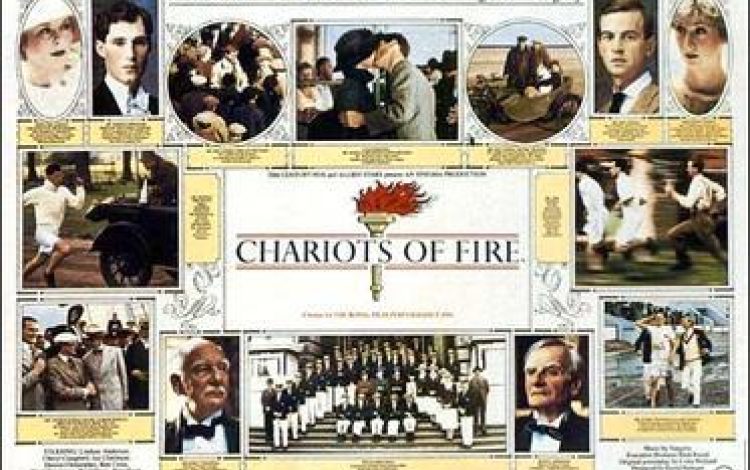 40 years ago, Chariots of Fire was released.

A year before, in the summer of 1980, in the middle of my A levels, a friend called.

His brother, at Cambridge, knew a ‘second assistant deputy director’, recruiting extras for a crowd scene. The pay was £20 for two days. The film, about runners, is to be called Chariots of Fire.

A coachload of us tipped up at Chelsea College for a costume-fitting. I got two outfits: a striped boating blazer with slacks and a brown suit with sub fusc. Two days later, I picked up my garb at Eton College, standing in for Trinity (the Cambridge college having turned down the company’s request to film there).

The scene takes place early on. Harold Abrahams and Lord Lindsay compete against the clock in the Trinity Court Dash. To win, they must complete the circuit before the midday chimes finish.

We lined the route. The race was on. The runners passed inches away. We dashed to the opposite side of the quad to keep up. We ran back to the finish. Abrahams wins!

Away from the camera, we swaggered around in costume in the grounds and faux lorded it up in town. Lunch was as many cheese and ham rolls and Penguin biscuits as we could handle, and urn-loads of strong coffee.

At the end of the second day’s shoot, the director announced that another day’s filming was required to film a handful of us walking and pushing bicycles across the quad. “Are any of you Equity members?” the director asked. Fifty hands shot up.

One summer evening in 1986, I was at the Edinburgh Fringe, queueing with my parents in a tiny venue to see the little-known John Sessions (RIP) and Ruby Wax.

My mum whispered to me, “Don’t look behind you, but…”. Turning around immediately, I saw Ian Charleson, who plays Eric Liddell so brilliantly in the film. He was dressed in double denim and hand-rolling a cigarette.

He asked, “Which one was that?”

Our debt to Mussolini