In love with Lac Léman 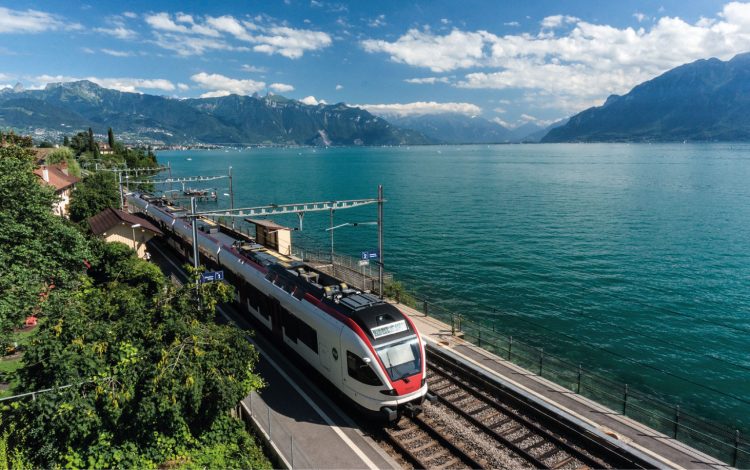 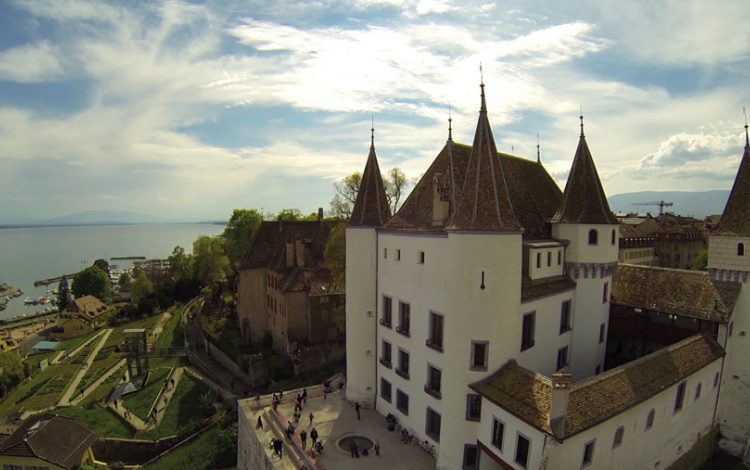 Lake Geneva, once the favourite haunt of Byron, Shelley and Graham Greene but now neglected by the British
The castle in Nyon, which will be familiar to Tintinologists
View Full Size
1
of 1

When I arrived at my budget hotel on my latest visit to Lake Geneva (Lac Léman in French), the receptionist apologised for the wet and gloomy weather. I told him I didn’t mind at all. I wasn’t being polite – I meant it. Switzerland’s largest lake looks lovely when the sun shines, but when the mist rolls off the mountains and the wind whips up the water, it becomes a wilder, stranger place – much more exciting than the pretty pictures in the tourist brochures. Byron and Shelley nearly drowned in a sudden storm on this vast lake, and wrote reams of verse about it. On days like these you realise why they found it so inspiring.

It’s 25 years since I first set eyes on Lake Geneva, and though I’ve been back countless times since, the sight of it in any weather still takes my breath away. Nearly nine miles wide and 45 miles long, it’s western Europe’s biggest lake, but it’s not just its huge dimensions that make it so exhilarating. Surrounded by lush green hills, set against a backdrop of snow-capped peaks, you can see why Switzerland’s greatest landscape painter, Ferdinand Hodler, never tired of painting it. Hodler’s paintings of the lake are stunning, but even he couldn’t quite capture its brooding, enigmatic beauty. Maybe that’s why he kept painting it, and repainting it, until he died.

Not so long ago, Lake Geneva was one of Britain’s favourite holiday destinations – indeed, it was the British who turned it into a resort. Lord Byron came here in 1816 to escape the prurient attention of the British press (there were no gagging orders to protect randy celebs back then). He was joined here by Percy Bysshe Shelley and his teenage lover Mary Godwin, on the run from Shelley’s wife and children. They put Lake Geneva on the tourist trail, and generations of Britons followed in their footsteps, clutching dog-eared copies of their florid poems, and Mary’s Frankenstein (which she wrote here in 1816, to while away a particularly damp and dismal summer).

When I first came here in 1991 there were still lots of Brits about, but now it seems cheap flights to warmer climes (and the remorseless rise of the Swiss franc) have finally killed off 200 years of British holiday-making on Lake Geneva. What a pity. Nowadays, only wealthy Russians can afford to spend an entire summer here. So is the Swiss Riviera now out of bounds to all but the richest British? Not quite. In the course of umpteen visits, through a process of trial and error, I’ve found it’s still possible to spend a long weekend on Lake Geneva without spending a small fortune – well, just about.

The first thing to do (before you leave the UK) is buy a Swiss Travel Pass from the Swiss Tourist Office. A four-day pass costs £180 for unlimited bus, tram, train and boat travel, plus free admission to most museums. Not cheap, by any means, but it’ll still save you a packet. Stay at the Eurotel in Montreux – it’s a high-rise eyesore, but the bedrooms are pleasant and spacious, with amazing views across the lake. You should be able to get a double here for under £150 a night – a steal for a four-star hotel in Switzerland. It’s only about an hour by train from Geneva Airport. With a ferry terminal a few minutes’ walk away, it’s an ideal base for boating around the lake.

Lake Geneva’s ferry network is one of its greatest glories. Some of the ferries are antique paddle steamers but even the more modern boats are delightful. Although they’re popular with sightseers, a lot of passengers are locals. It’s the nicest way to get around, and the best way to see the lake. These boats criss-cross Lake Geneva, docking at more than thirty little harbours along its leafy banks. So where to go? And what to do when you get there? Well, you’re bound to make your own discoveries, but here are my favourites. Just writing about them makes me want to go back.

People are often rather rude about Geneva, and I can never really work out why. It’s acquired a reputation as a boring business destination, but only among boring business travellers who come here for their boring business meetings, stay in dreary corporate hotels and then head straight home again. In fact, Geneva is a cosmopolitan city with a rich and varied history, some superb museums and a thriving arts scene. Head for the grand old Musée d’Art et d’Histoire with its wonderful array of Hodlers, then nose around the galleries and antique shops in the cobbled backstreets of the old town.

Nyon was a metropolis in Roman times, the largest city on the lake. Today it’s a modest market town, dwarfed by nearby Geneva, but there are Roman ruins all around, and a splendid archaeological museum. Tintinologists will recognise Nyon as one of the locations in The Calculus Affair. You can track down the specific sites with a little leaflet from the tourist office.

Once you leave Nyon, the Petit Lac opens up into the Grand Lac, and Lake Geneva becomes a great waterway. Perched above it, at its widest point, Lausanne is the liveliest city on the lake. With its large student population, it’s a youthful, energetic place. In summer, its steep narrow streets are thronged with people and the atmosphere is almost Mediterranean. Walk uphill to the ornate cathedral for breathtaking views across the water towards the Alps. ‘I saw the lake above the rooftops, the mountains above the lake, the clouds above the mountains and the stars above the clouds,’ wrote Victor Hugo of the view from the cathedral. I couldn’t have put it better myself.

If you spend long enough on Lake Geneva you eventually find a place you dream of living in, and the place I dream of living in is Vevey. At first glance it doesn’t seem like much – a humdrum town with few attractions, but the more time you spend here the more you grow to like it. Oskar Kokoschka saw out the end of his long life a few miles from here, and Vevey’s suave Musée Jenisch houses a first-class collection of his paintings. Graham Greene made his home here, and Charlie Chaplin spent his final years in a palatial pile on the edge of town, recently reopened as a swanky new museum. However the place I keep coming back to is the Hotel du Lac, where Anita Brookner set her eponymous Booker Prize-winning novel. As its new name implies, the Grand Hotel du Lac is a lot snazzier nowadays, but in its subdued gardens and on the grey pebble beach beyond, some of the eerie ambience of her haunting tale survives.

After the subtle charms of Vevey, Montreux is a brash surprise. It’s a bizarre mishmash of faded Belle Epoque and glitzy Modernism, but between the brutalist tower blocks, a few fine relics of Montreux’s heyday survive. Nabokov lived at the Montreux Palace hotel – there’s a superb statute of him outside, leaning back on his chair as if he’s about to topple over. A half-hour walk along the waterfront is the Château de Chillon, the castle that inspired one of Byron’s most famous poems, ‘The Prisoner of Chillon’ (I’ve never met anyone who’s actually read it, but somehow its fame endures). Byron wrote it at the Hotel d’Angleterre in the lakeside town of Ouchy. The hotel is still there, and though my pockets have never been deep enough to stay there, I often drop in for a cup of coffee on my way back to Geneva, in the faint hope that some of Byron’s literary talent (and his legendary sex appeal) will rub off on me. No luck so far, but I always leave for home feeling a bit more optimistic. Lake Geneva’s glory days are long gone, but some of its old elan still lingers. Maybe it’s the ghost of Graham Greene. Or maybe it’s merely the mountain air.