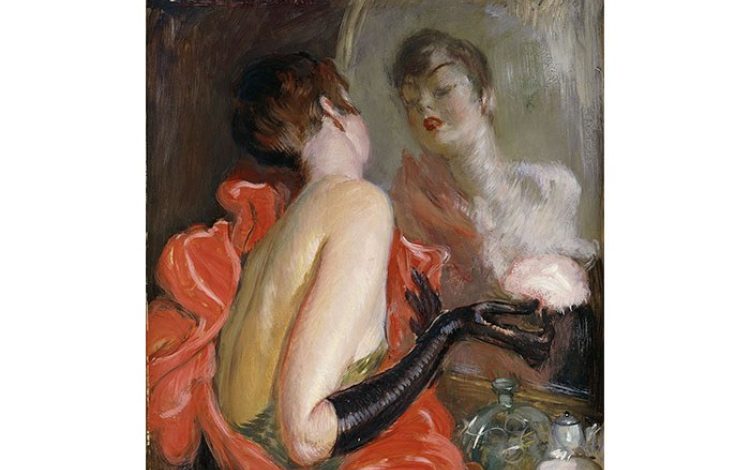 As a teenager, Barry Humphries painted Melbourne street scenes with a French beauty. Seventy years on, he tracked her down

As a teenager, Barry Humphries painted Melbourne street scenes with a French beauty. Seventy years on, he tracked her down

Not long after I had fastened my seat belt, I heard the voice of our non-binary executive in-flight hospitality technician exhorting us to ‘have a read’ of the air-safety card in the pocket of the seat in front of us. In my case, it was in a receptacle bedside me.

When I heard the usage have a read of, I felt, with a kind of rapture, that I was already in Sydney. To most Australians, the sound of an Australian voice on an aeroplane is infinitely reassuring.

I was once on a flight to Singapore when, halfway through an excellent Turkish soap opera, things got very bumpy and the hostie, in a tremulous voice, told us to adopt the brace position.

I struggled, unsuccessfully, to make my life flash before me, and resigned myself to the unthinkable. An ashen-faced officer burst out of the flight deck and ripped up a section of carpet in the aisle next to me. Opening a trap door, he disappeared into the belly of the plane.

By then, the aircraft seemed to be struggling and the Pacific looked very close. A baby was crying and so, silently, were we.

After ten minutes’ tinkering, the man emerged with a cheeky smile. Soon we all heard the captain’s voice: ‘Relax, boys and girls – all good. We’ve fixed the bastard.’

Somehow this reprieve would not have sounded so welcome in any other language or dialect.

Going back to Melbourne is always a bit depressing, even when you are fully vaccinated and excited by the prospect of seeing your family and friends. Perhaps all home towns are like that when you return to them: a few too many ghosts of childhood, school, adolescent anguish and past loves.

When I was about 17, I used to go out painting with a gorgeous girl.

I have always been a very good artist and I still like painting en plein air.

Mimi was French – a rarity in the city of my youth – and she looked like a beautiful midinette out of a story by Colette. She wore a ribbon of black velvet around her ivory neck and her hair à la garçonne, with a short muslin dress and biblical sandals. A thumbprint of lip rouge enhanced her pout. She resembled a drawing by Domergue.

We would set up our easels in suburban streets and paint whatever looked vaguely picturesque, imagining we were in Montmartre. They were blithe, carefree days, and I was proud to be seen in the company of such an exotic beauty.

We lost touch as I became engrossed in the extracurricular life of the university, and then the theatre, which has since been my principal amusement.

Now, in Melbourne, I suddenly thought of Mimi. Could she still be alive?

I am at a stage in my life when too many old friends have decided to retire. Sometimes permanently. Mimi, however, was younger than me, and probably healthier.

Yes, she had married a psychoanalyst, long deceased.

I dialled the number. A sprightly voice greeted me. A sensible and youthful voice. Of course she remembered me!

Her grandchildren were great fans. They lived in Israel. Morning coffee and what the world now calls a ‘catch-up’? We agreed it would be in the lobby of my hotel at 11 the next day.

In eager anticipation, I broke my usual habit of tardiness and turned up early. The lobby was deserted. By ten past eleven, I had sat down and was pretending to read the paper; then, at 11.20, casting it aside, I approached the desk.

‘Has there been a lady asking for me? I’m expecting a guest.’

‘No one, Sir Humphrey,’ said my favourite Asian receptionist. ‘There is just that lady over there.’

Yes, there was another person in the lobby. A person easily missed. Way over near the lifts stood, or wobbled, an old lady in a voluminous puffer coat. She had a fawn-coloured face and she was very, very fat. She supported herself on a chromium walker.

‘She’s been there since ten to eleven, but she not ask for you, sir,’ said little Nilda behind the counter.

I tiptoed over. ‘Mimi?’ I whispered to the stranger.

The girl I had not seen for 70 years turned her face up to me. It was a plump and puckered countenance, in which the small eyes were carelessly embedded. Sparse grey wisps framed her brow, and her chin and upper lip were lightly stubbled and might recently have been roughly assailed with a blunt razor.

Her dazzling denture emphasised her age and, as I shook her freckled, marsupial hand, I noticed that she wore on her wrist that infallible emblem of widowhood – a man’s watch.

Over coffee in the hotel lounge, Mimi was utterly charming, cheerful and chatty. She remembered the painting expeditions, the concerts and the late-night suppers of long ago. She had had an interesting life of travel and adventure with her late husband, and her family had – not seldom – spoken of me and followed my exploits.

All this time, I searched her face for a trace of the Mimi I once knew. But not a gesture or inflection; not a glimmer. Nothing that recalled that other person: loved friend of my youth.

I am glad – grateful even – that I called her. She died, I was told, six months later. But, as we parted that morning, I bent forward and kissed her cheek.

For the first time.