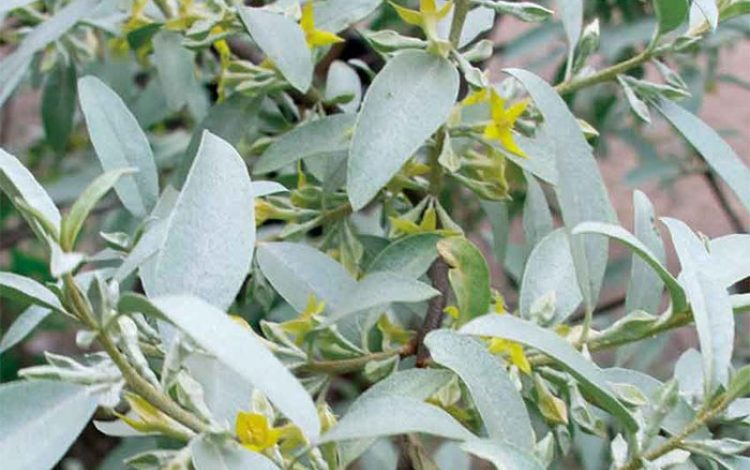 Under the cloak of darkness, David Wheeler discovers the olfactory delights of his garden.

Midnight. A three-quarters moon. A gibbous moon, thinly veiled under a gossamer haze. Further south, on the horizon, cauliflower clouds drift eastwards to worry the Cotswolds – no threat to my nocturnal plan. It’s high summer, 18°C (65°F) and balmy, yet fresh.

I was in bed by 9.30pm (listening to Chopin), daylight barely diminished, the alarm set for two hours thence. I slept until the alarm squeaks woke me; the CD long since stopped, the moon riding high.

Drained of colour, the landscape portrayed itself in keen monochromatic tones. Moonlight lacks the intensity for our eyes’ cones to see colour properly; the rods that see shapes instead of colours work with very low light intensities compared with the cones. Hence moonlight’s near black-and-white affect.

Owls. I dress and pull on warmer clothes than I really need in the expectation of an hour’s foray around our five-acre woodland garden.

Mad? No. I’m off to rehearse my olfactory skills. Just me, the owls, flitting bats and flurries of pollinating moths.

My fragrance guru is Stephen Lacey, whose Companion to Scented Plants (2014) is among my library indispensables. More recently, and more relevant to these scribblings, I discovered American horticulturist Peter Loewer, whose earlier (1993) book The Evening Garden has prompted several after-dark meanderings. Subtitled Flowers and Fragrance from Dusk till Dawn, it’s written for the curious, like me, and for ‘the many people who work and only have time to … enjoy their gardens after the daylight hours’.

Among chapters on aspects other than purely sweet- (or, indeed, foul-) smelling plants, one numbers around 125 species that, according to the anonymous versifier he quotes, are ‘… flowers that keep/ Their odour to themselves all day;/ But when the sunlight dies away,/ Let the delicious secret out/ To every breeze that roams about.’

After this year’s frosty April and May’s dismal cold, wet weeks, many springtime plants were late in flower. Some – a bonus – held on to their eventual blooms for longer than usual. In June, as pinks and carnations began to emit their exotic, clove-like scents, fragrant azaleas continued to seduce the nostrils. Viburnums hung on as well, especially the fabulously scented V x judii and V carlesii.

Now the roses are at it. Any good nurseryman’s catalogue will highlight the most generously perfumed – in our garden, it’s the easily sourced, richly scent-endowed Rosa rugosa ‘Roseraie de l’Haÿ’ and the numerous gallicas, albas, damasks, bourbons and hybrid musks that Lacey’s book so lovingly describes.

Choices are endless, not only for summer: jasmine, some rhododendrons (I must find another ‘Lady Alice Fitzwilliam’ – ‘lily-scented with a dash of nutmeg’, says Lacey), philadelphus (mock orange), pineapple-scented Cytisus battandieri, many of the daphnes, sweet Williams, lavender, honeysuckle, buddleia, lilac, freesias, Cestrum parqui (a supreme after-dark wafting – though potentially poisonous – shrub from Chile), heliotrope, numerous lilies and – a signature plant in our garden – Elaeagnus ‘Quicksilver’.

This untidy, deciduous muddle grows about eight feet tall and across, with shining, metallic-grey foliage and minute, highly charged yellow flowers that any parfumier would give his eye teeth to replicate. From names like these, voluptuous, night-fragrant gardens are made.

You don’t have to emulate my routine before heading out for a nocturnal sniff (with its worries about the less agile among us tripping over and being left unfound). Simply set a couple of night-scented and blessedly soporific, flowering plants below the bedroom window and throw open the casements. Beware: hay-fever-suffering, sleeping partners will rightly protest.